An Aston Martin DB5 used for the promotion of a James Bond 007 movie broke a record Thursday when it sold for $6.4 million.

The auction took place at the famed RM Sotheby’s auction house in New York where the vehicle bid set a new record for the luxury vehicle and 007 actor, Sean Connery, never even drove it, according to Fox News in a piece published Friday. (RELATED: REPORT: Grace Jones Walks Off Of New James Bond Movie Set After Only A Few Minutes) 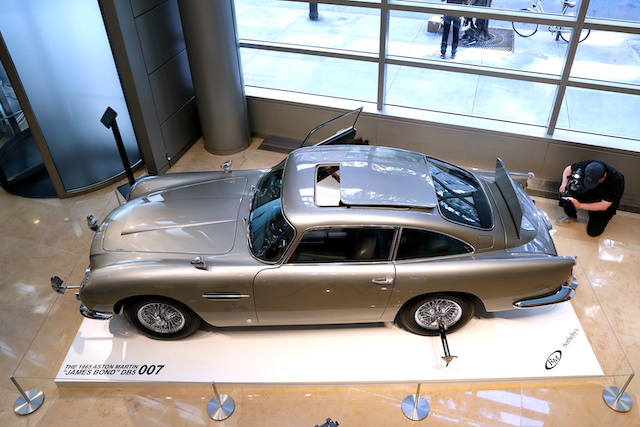 The car was was used to help promote the classic James Bond film “Thunderball.” However, it never actually appeared on screen. It was also built with the same specifications as the cars that were featured in another classic 007 movie, “Goldfinger” complete with spy gadgets. (RELATED: Daniel Craig Reportedly Not Liked By People Working On New ‘James Bond’ Movie)

Fully restored, its extendable ramming bumpers, smokescreen, bulletproof shield and rotating license plates all function, although the machine gun barrels that emerge from the front marker lights do not fire.

We found a picture that shows off the “spy gadget” filled console. 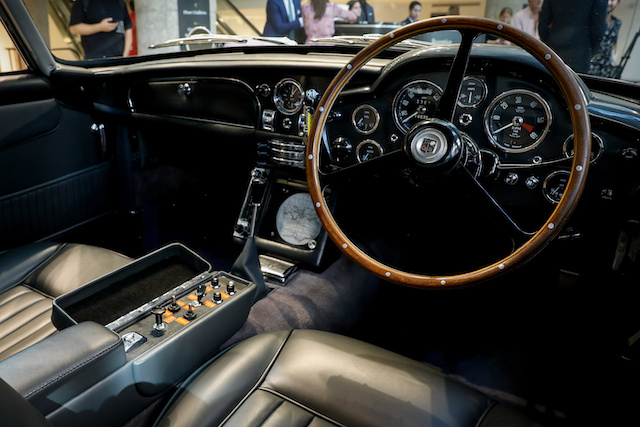 The car previously sold in 2006 for $2.09 million. Thursday’s bid made it the highest price anyone had ever paid for the DB5.

This 1965 Aston Martin DB5 has a full array of James Bond gadgets, and it was just auctioned for $6.4 million https://t.co/MjlxIsPsuL pic.twitter.com/6A7SbB2LQ4

One of two models used in both films sold in 2011 for $4.6 million and would most likely go for a lot more if auctioned today.

We’ve partnered with @Sothebys to host the inaugural one-make sale, ‘An Evening with Aston Martin’.

Tonight’s auction at #MontereyCarWeek includes marquee entries for sale such as a 1953 DBS Works, 1966 Short-Chassis Volante and a James Bond 1965 DB5. pic.twitter.com/NhxuixDirQ

The other DB5 mysteriously disappeared from a hanger in a Boca Raton Airport in Florida and is still missing today.