The Ethnic Studies Model Curriculum, proposed by the California Department of Education, includes anti-Israel bias and aims to teach students about the Boycott, Divestment, Sanctions (BDS) movement, a Palestinian-led anti-Israel initiative. The curriculum also has students study issues of police brutality and asks teachers to find incidents of bias by police in their own communities.

The “#BlackLivesMatter and Social Change” portion of the curriculum is aimed at grades 9–12, according to the proposed curriculum reviewed by the Daily Caller News Foundation. The purpose of this lesson is to expose students “to contemporary discussions around policing in the U.S., specifically police brutality cases where unarmed African Americans have been killed.”

The teachers are asked to discuss “a recent incident in your community where an African American has been subjected to racial profiling or police brutality.” Students are then asked to read “41 Bullets Off-Broadway,” a poem by Wille Perdomo.

The poem includes rhetoric such as “you bumped into four cops who happened to/wake up with a bad case of contagious shooting” and “Before your mother kissed you goodbye/she forgot to tell you that American kids/get massacred in gym class and shot during Sunday sermon.”

Another line reads “The mayor told them to take a few days off/and when they came back/he sent them to go beat up a million young black men.”

“#BlackLivesMatter and Social Change” doesn’t include studying cases where cops are viewed positively, and focuses on high-profile cases such as that of Michael Brown, a black man who was shot by a white cop in 2014. The officer was exonerated of any wrongdoing in 2015. One project tells students to “present both sides” of the arguments in high-profile shootings, but the lesson is aimed around teaching students anti-cop rhetoric. 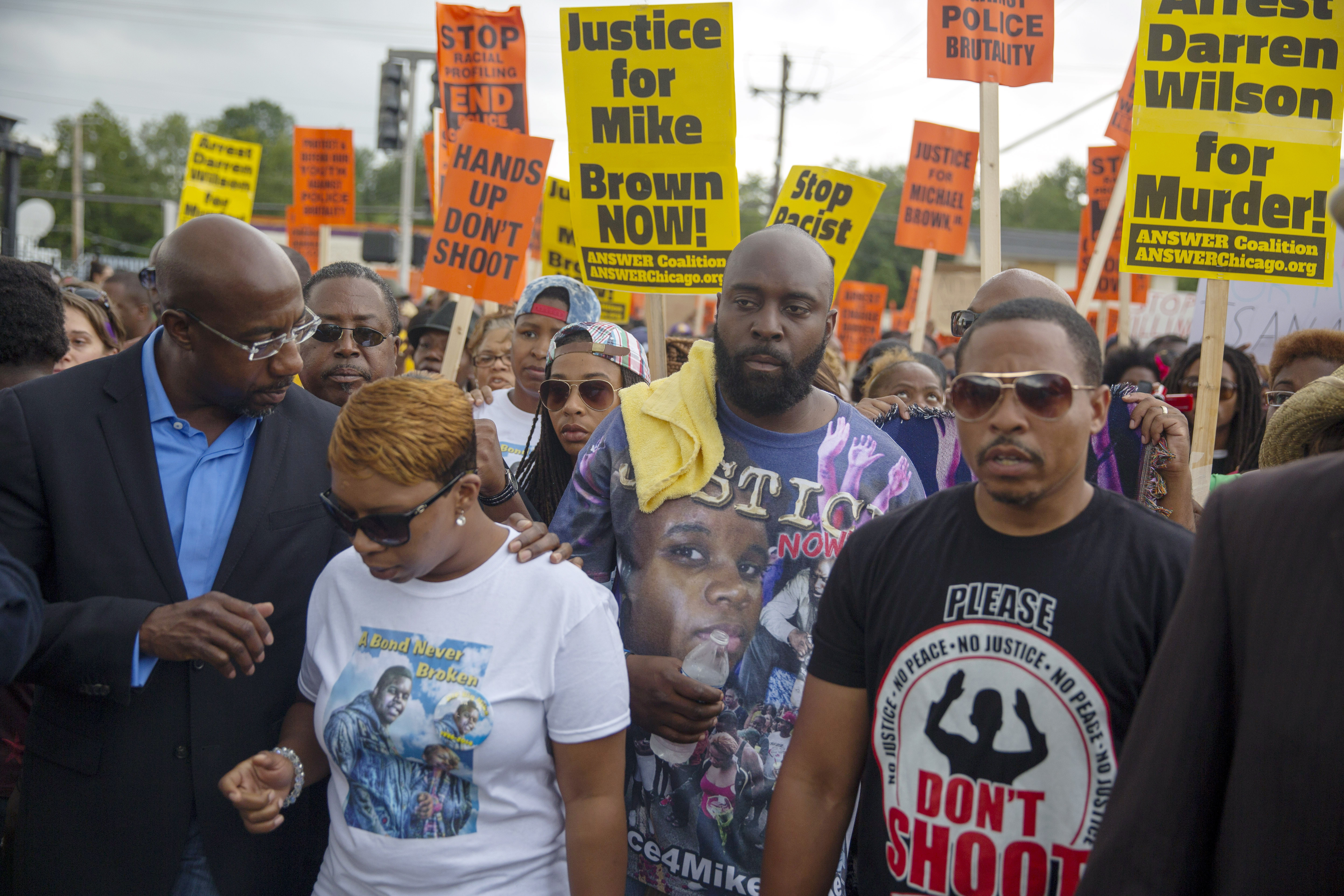 “Arab American Studies” is another course outlined in the proposed curriculum. It provides “students with a comprehensive understanding of Arabs and Arab Americans.” Sample topics include “Direct Action Front for Palestine and Black Lives Matter” as well as “Call to Boycott, Divest, and Sanction Israel.”

Some members of the committee which made the curriculum are BDS activists, the Washington Free Beacon reported Wednesday. Three committee members have been known to make anti-Israel remarks, according to Jewish News Syndicate, which named Gaye Theresa Johnson, Theresa Montano and Samia Shoman.

There are no teachings in the 300-page curriculum on anti-Semitism or Jewish Americans.

This section also calls for students to study lawmakers such as Democratic Minnesota Rep. Ilhan Omar and Democratic Michigan Rep. Rashida Tlaib, both of whom have supported legislation to punish Israel and have been accused of anti-Semitic rhetoric.

Studying provocative song lyrics about the Middle East are a part of the proposed curriculum as well. One song, by Shadia Mansour, reads “Get out Yankees from Latin America, French, English and Dutch, I love you Free Palestine,”

The proposed curriculum has been taken down from California Department of Education’s website following a public comment time period, which ended August 15. House Minority Leader Kevin McCarthy of California demanded an inquiry into the curriculum and wondered how it “made its way through” the system, the Free Beacon reported. (RELATED: ‘It’s Dangerous’: McCarthy Demands Investigation Into California’s ‘Anti-Semitic, Anti-Israel’ Curriculum)

“This was not simply an oversight – the California Department of Education’s attempt to institutionalize anti-Semitism is not only discriminatory and intolerant, it’s dangerous,” McCarthy said.

The American Jewish Committee has also spoken out against the teachings.

After backlash and reporting on the curriculum, the committee overseeing the proposal said it “falls short and needs to be substantially redesigned,” the Free Beacon reported.