Failed gubernatorial candidate Stacey Abrams said she’s still refusing to concede her 2018 election defeat because doing so would be an admission that the “process was fair.”

“I run an organization that in 10 days, between election night and the night I refused to concede, we received more than 50,000 phone calls of people who were denied the right to vote,” Abrams, who lost her election in November 2018 by nearly 55,000 votes, said Monday on CBS. “I am complicit if I say that system is fair.”

The Georgia Democrat then hedged her claims somewhat, adding that she does not literally believe she’s occupying the Georgia governor’s mansion.

“I did not deny the legal sufficiency of the election. I am not claiming to be the governor of Georgia,” Abrams continued. “What I have said is that we won the battle of making sure more voices were heard because we had the highest record turnout in Georgia history for Democrats.”

The comments closely mirrored what the former Georgia House minority leader and romance novelist has long said since she lost her election to now-Republican Gov. Brian Kemp. Abrams has maintained, without evidence, that Kemp maliciously leveraged his former position as Georgia Secretary of State to suppress minority and Democratic voters in order win the 2018 gubernatorial election.

Abrams said as recently as Sunday that voter suppression is worse today than it was in the 1960s, presumably speaking of the era before Jim Crow laws were repealed.

“Over the last 20 years, we have seen numerous laws propagated that have eroded your ability to [exercise the right to vote], especially if you’re in a marginalized community — a community of color or from a community that is seen as less valuable to the Republican Party,” Abrams said about voter ID laws, updates to voter rolls, and other basic election regulations. 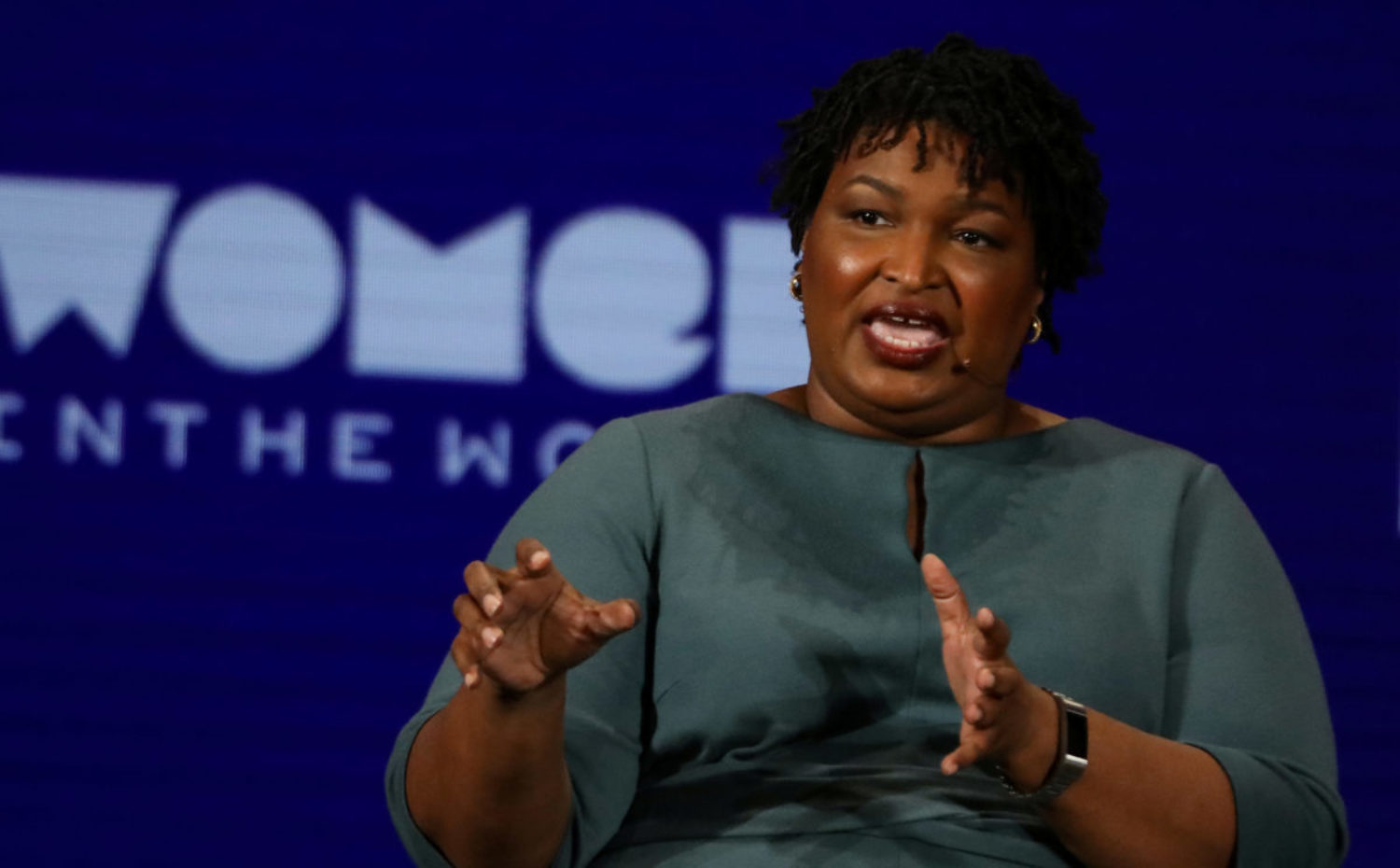 Despite Abrams’s claims that votes were vehemently suppressed, 2018 election turnout in Georgia reached a record high.

During the 2018 contest, 3.9 million Georgians went to the polls. This was a massive increase from the 2.5 million votes cast in the preceding midterm election in 2014. In fact, 2018’s midterm election in Georgia came close to the 4.2 million votes cast in the 2016 presidential election — midterm cycles historically see far lower turnout than presidential election years. (RELATED: Stacey Abrams Used To Write Steamy Romance Novels — Here Are The Raunchiest Excerpts)

Abrams herself has extolled the massive turnout of African-Americans, Latinos, and other minorities seen in her state during her election, while simultaneously alleging a GOP conspiracy to block their votes took place.

“But the other thing to remember is, look, because there are more people in the water, that doesn’t mean there are fewer sharks,” Abrams said Monday, explaining the massive turnout in her state during November midterms. “You can have higher turnout, but that doesn’t diminish the fact that voter suppression is real and affecting people across the country.”

Abrams recently announced the launch of a new initiative: Fair Fight 2020. Her organization aims to monitor the election process in numerous battleground states during the upcoming presidential election.