Pinboard, the bookmarking service entrepreneur and social critic Maciej Ceglowski founded, first reported on the promoted tweets in a series of Twitter posts Monday morning. (RELATED: Trump Says Twitter Should Reinstate All Of The Conservatives It Banned)

“Two months on, the escalating violence in Hong Kong has taken a heavy toll on the social order,” China Xinhua News said in one tweet. “All walks of life in Hong Kong called for a brake to be put on the blatant violence and for order to be restored.”

Every day I go out and see stuff with my own eyes, and then I go to report it on Twitter and see promoted tweets saying the opposite of what I saw. Twitter is taking money from Chinese propaganda outfits and running these promoted tweets against the top Hong Kong protest hashtags pic.twitter.com/6Wb0Km6GOb

Pinboard pointed to another promoted tweet that said: “‘China is our home, our motherland.’ Hong Kong citizens called for stopping violence, ending chaos and restoring order in the city.” China Xinhua News’s barrage of tweets comes amid protests Sunday where an estimated 1.7 million people marched through the streets of Hong Kong.

Demonstrations began in March to protest a now-suspended extradition bill — citizens are demanding the release of imprisoned protesters, inquiries into police conduct, the resignation of current Chief Executive of Hong Kong Carrie Lam and other reforms. 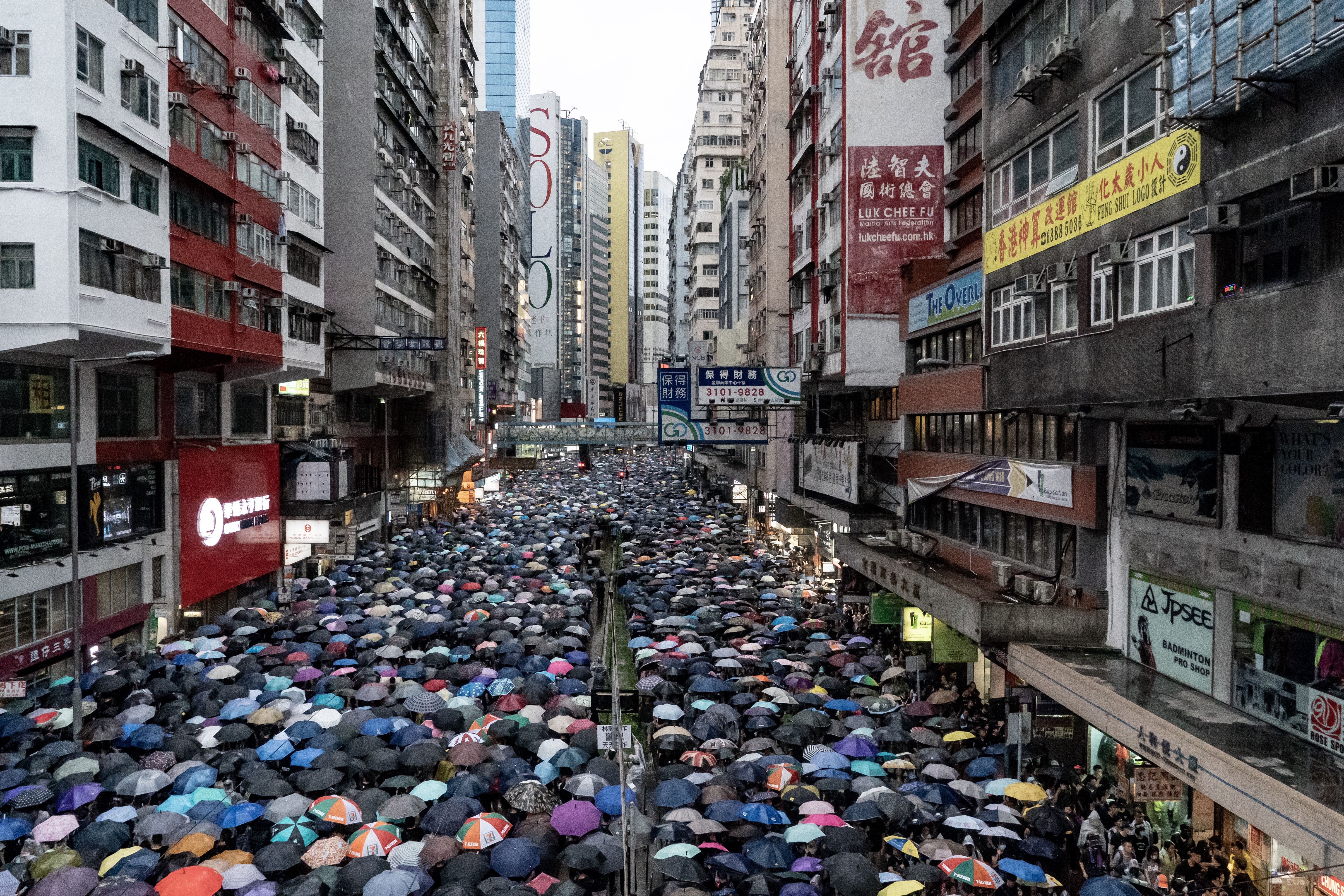 Protesters take part in a rally as they march on a street on Aug. 18, 2019 in Hong Kong. (Photo by Anthony Kwan/Getty Images)

Thousands of protesters forced Hong Kong International Airport to cancel hundreds of flights on Aug. 12 and 13 to express their anger over the way police responded to Aug. 11 protests by using excessive force and teargas in an enclosed subway station in Kwai Fong and in the shopping district of Tsim Sha Tsui.

Twitter suspended several Chinese-language user accounts in June days before the anniversary of the Tiananmen Square massacre, including those belonging to critics of China’s government. The company said the accounts were removed by error and, despite speculation, “were not mass reported by the Chinese authorities.”

UPDATE: The China’s Xinhua ad cited above was removed for violating Twitter’s policies on inappropriate content after this piece was published.