Hong Kong is on the brink of a showdown. After nearly three months of protests by the city’s residents, Beijing appears to be losing patience. Last week, the Chinese People’s Liberation Army released videos of its troops massing near Hong Kong’s border – a sign that a crackdown could be on the horizon.

While the United States and Europe have expressed sympathy for the Hong Kong protestors, Russia is instead showing solidarity with China. Like Beijing, Moscow has anxiety about mass protests and often suspects the West of organizing them. Over the past decade, Russia’s and China’s shared opposition to Western democracy promotion efforts has played a major role in bringing the two countries closer together. Should the situation in Hong Kong escalate, the Sino-Russian convergence could gain even greater momentum.

During a recent press conference, Russian Foreign Ministry Spokeswoman Maria Zakharova endorsed China’s position on Hong Kong. She stated that Russia took China’s accusations that the protests were organized by the West “very seriously” and pledged that officials from both countries would soon meet to discuss how to counter ‘foreign interference.’ (RELATED: Twitter Is Getting Paid For Chinese Propaganda About Hong Kong, And No One’s Talking About It)

Zakharova also depicted the Hong Kong protests as part of a larger pressure campaign by the Trump administration against China. 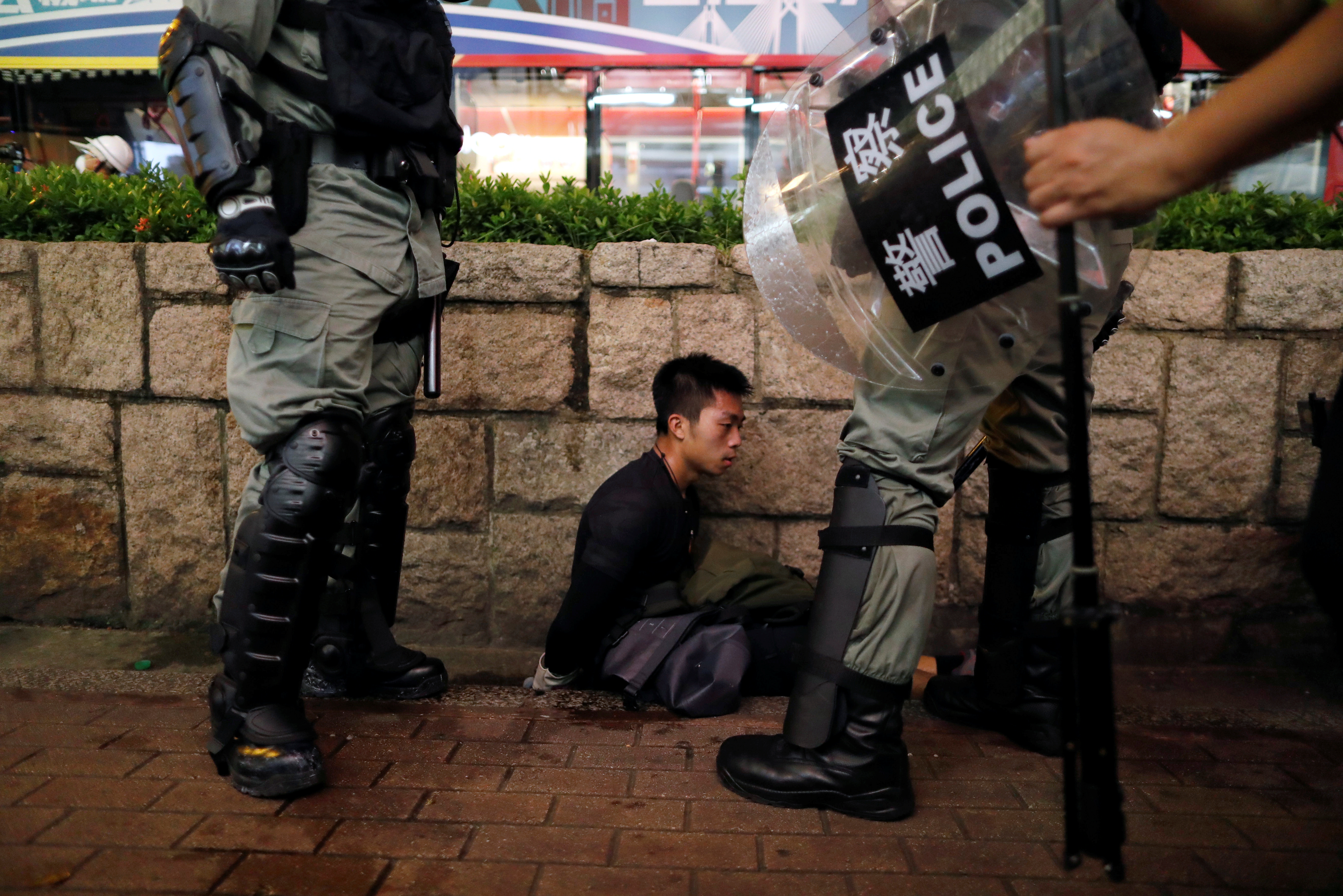 “We see how Washington is pursuing a trade war, trade aggression, and a confrontational approach in the economic and financial spheres towards Beijing,” she said. “We understand that in such a situation, ‘all means are acceptable,’ as the saying goes. For us, such a policy is unacceptable.”

Russia’s support for Chinese actions in Hong Kong comes at a time when the Kremlin is dealing with its own protests. Mass demonstrations broke out in Moscow on July 14h after the local government barred numerous opposition candidates from participating in the upcoming City Council elections. At the largest protest, nearly 50,000 Muscovites mobilized to call for allowing opposition candidates on the ballot.

The Kremlin has long feared that the United States seeks regime change in Russia and in the post-Soviet space. A major turning point for U.S.-Russian relations came in 2003-05, when a wave of ‘color revolutions’ in Georgia, Ukraine, and Kyrgyzstan toppled the Russia-friendly leaders in those countries. Moscow accused Washington of fomenting these revolutions to encircle Russia with hostile neighbors. To this day, Russian officials frequently employ the term ‘color revolutions’ as a pejorative to describe pro-Western political uprisings.

When massive anti-corruption protests erupted in 2011 and 2012, Russian President Vladimir Putin blamed the Obama administration for inciting them. Three years later, the Kremlin denounced the revolution against Ukrainian President Viktor Yanukovych as a coup orchestrated by Washington. (RELATED: Hong Kong Demonstration Draws Crowd Of More Than 1.7 Million Against Government Orders)

To more effectively pushback against the West, Moscow sought a partner that shared its concerns about regime change. In this context, Beijing was a natural choice. Chinese political elites, like their Russian counterparts, suspect that the United States is working behind the scenes to undermine their hold on power.

In November 2014, then Russian Deputy Foreign Minister Anatoly Antonov declared that Moscow and Beijing faced a common threat from Western backed ‘color revolutions,’ adding, “We believe that Russia and China must work together to stand up to this new threat to our national security.”

Resisting ‘color revolutions’ and Western military interventions has become a bedrock principle in the burgeoning partnership between Russia and China. At meetings between Russian and Chinese officials, diplomats from both countries regularly emphasize their support for a “principle of non-intervention” in the internal affairs of other states – a clear swipe at U.S. global democracy promotion.

Russia’s and China’s united front against American regime change efforts, both real and perceived, goes beyond the words. The two countries have formed a reliable bloc in the UN Security Council to stop resolutions that seek to remove authoritarian leaders from power. In 2012, Russia and China blocked a resolution calling for Syrian President Bashar Al-Assad to step down. Earlier this year, they helped shield Venezuelan President Nicolas Maduro from mounting international pressure by vetoing a resolution pushing for new elections in Venezuela. 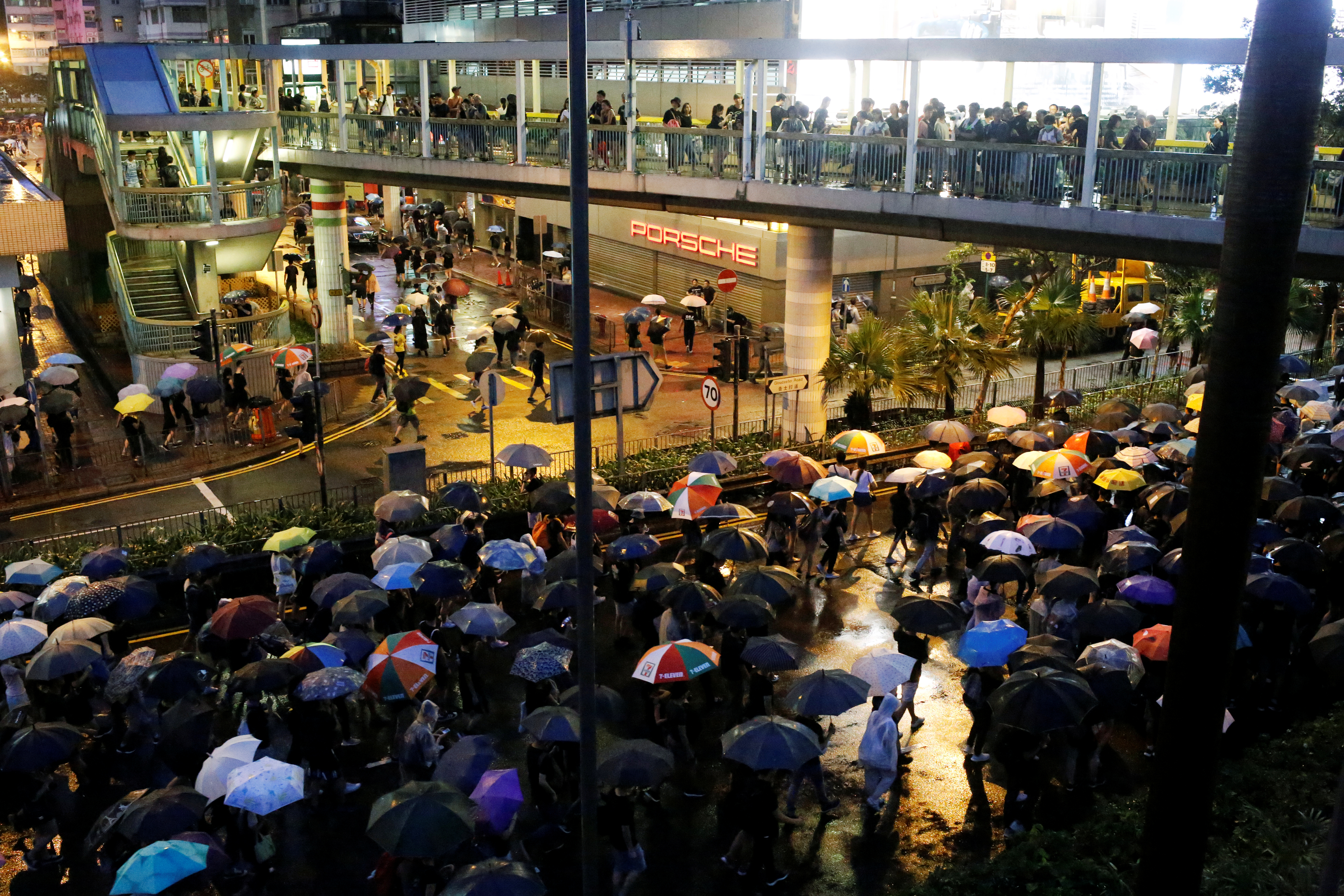 What will happen if Beijing puts down the Hong Kong uprising with overwhelming force? If history is any guide, Russia and China will draw even closer together.

After the People’s Liberation Army subdued the 1989 Tiananmen Square student protests, the United States and its European allies imposed and arms embargo on China. Beijing had to look for alternative arms suppliers and it found a very eager partner in post-communist Russia, whose arms industry was reeling from a tumultuous transition to capitalism.

Towards the end of the 1990s, China emerged as Russia’s largest arms purchaser and by the 2005 it accounted for 60 percent of Russian weapon sales. With the help of Russian arms sales, Beijing upgraded its air-force, navy, and missile defense systems. In this sense, Russia facilitated China’s transformation into a modern military power during those years. (RELATED: Bernie Sanders Tweets Support Of Hong Kong Protests Against China’s Communist Government)

If China finds itself once again ostracized by the West, it has even more reason to expect Russian support now than it did in 1989. During the 1990s, Russia was led by the pro-Western Boris Yeltsin who desperately wanted to attract American financial aid. Putin, on the other hand, regards Beijing as his primary strategic partner and is actively trying to lessen his economic dependence on Washington.

Russia is admittedly no economic replacement for the United States and Europe. However, compared to the 1990s, Moscow is now in a far better position to be useful to Beijing. Russia is already moving to establish itself as an alternative supplier for goods affected by the U.S.-China trade war. On the geopolitical front, Russia could expand arms sales to China and even potentially support it on contentious issues such as Taiwan and the South China Sea.

After the 2014 annexation of Crimea, China offered Russia rhetorical and political support amidst growing Western pressure on Moscow. The Kremlin may soon have an opportunity to return the favor.