Another National Rifle Association (NRA) board member is calling out quits.

NEW: Another NRA board member, this time Richard Childress, has resigned.

Childress, in his letter of resignation, writes that he has made his decision “with great regret and a heavy heart” but “At this time, it is necessary for me to focus on my businesses. I owe that to my employees, my partners, my family and myself.”

Three other board members resigned this month.

Then- presidential candidate Donald Trump speaks at the National Rifle Association’s NRA-ILA Leadership Forum during the NRA Convention at the Kentucky Exposition Center on May 20, 2016 in Louisville, Kentucky. The NRA endorsed Trump at the convention.  (Photo by Scott Olson/Getty Images)

Childress does not mention the NRA’s current administrative struggles and the mounting criticism of CEO Wayne LaPierre for his alleged exorbitant use of association money to maintain a lavish private lifestyle. Conservative pundit and former NRA president Oliver North has accused the organization of trying to “smear” him because he demanded financial accountability from the group and an audit of NRA spending. (LaPierre Re-Elected To Top NRA Post After Showdown) 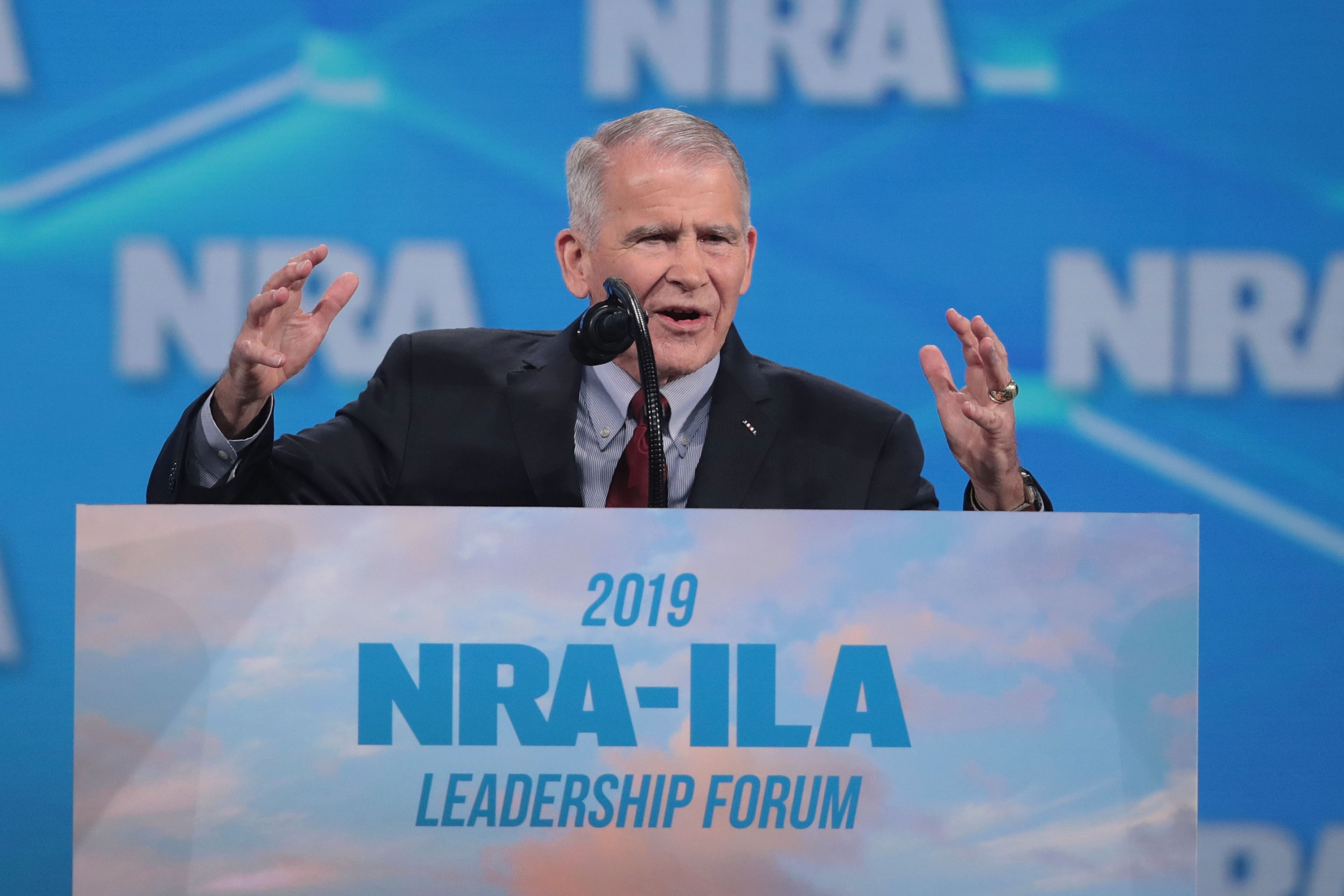 NRA President Oliver North speaks at the NRA-ILA Leadership Forum at the 148th NRA Annual Meetings & Exhibits on April 26, 2019 in Indianapolis, Indiana. The convention, which runs through Sunday, features more than 800 exhibitors and is expected to draw 80,000 guests. (Photo by Scott Olson/Getty Images)

The NRA even promised to deliver $6.5 million to LaPierre so that he could purchase a mansion, according to the Wall Street Journal. Board member Lt. Col. (Ret.) Allen West has called for LaPierre’s resignation over the spending issues. Chris Cox, who had steered the NRA through 17 years of political lobbying, left the organization in May after LaPierre accused him leading a coup against him. (Related: Major NRA Donor: Chief ‘Has Become Radioactive And Must Step Down’)

Childress expressed his desire that the NRA continue to successfully represent gun owners. “My hope is that the NRA will continue to move forward with a focus on its important mission of defending the Constitutional rights of law-abiding citizens as provided in the Second Amendment … ”