Former Democratic presidential candidate Hillary Clinton is back in the game, reportedly planning a dinner fundraiser for the Democratic National Committee (DNC) where plates can cost up to $50,000.

According to POLITICO Playbook:

“HILLARY CLINTON is hosting a big-dollar fundraiser for the DNC at her D.C. mansion (just around the corner from VP Mike Pence’s house). The Oct. 16 event is billed as “Dinner and conversation at the home of Hillary Rodham Clinton.” Tickets are available at $15,000, $35,000 and $50,000 levels.”

Since losing the 2016 election, Clinton has not been quiet about Donald Trump’s presidency, frequently criticizing him during her public appearances and complaining about the election.

In May, she claimed the presidency was stolen from her, telling a group of supporters, “You can run the best campaign, you can even become the nominee, and you can have the election stolen from you.” (RELATED: Hillary Clinton Attacks Trump Administration, Gives Sermon On The ‘Resentment And Fear’ Of Americans) 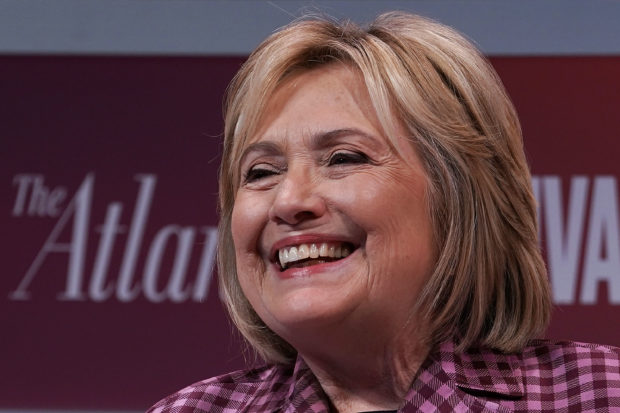 During an interview with MSNBC’s Rachel Maddow the same month, she argued that she was still living in Trump’s head.

“I mean, I’m living rent-free inside of Donald Trump’s brain. It’s not a very nice place to be, I can tell you that. So I don’t know what they’re talking about,” she said. “I’ve been investigated repeatedly by the other side. And much to their dismay, but to my, you know, satisfaction, it’s been for naught.”

It’s not clear if the fundraiser indicates Clinton’s desire to get more involved in the Democratic Party as the 2020 primary season heats up, but the candidates may not want her help. (RELATED: ‘I Can’t Even’ — Hillary Stutters When Asked About Melania Trump)

As of 2018, Clinton’s favorability rating remained at a record low, according to Gallup.