Michigan Rep. Rashida Tlaib used her failed trip to Israel for fundraising purposes and said she was “banned from traveling to Israel and Palestine,” in an email Democracy for America sent.

The Israeli government denied Tlaib and Minnesota Rep. Ilhan Omar entry into Israel in August because of their support for the anti-Israel Boycott, Divestment and Sanctions movement.

Democracy for America, a progressive political action committee, asked readers to “chip in whatever you can to stand with her [Tlaib] and Ilhan now as they continue to fight for justice for all,” the Washington Free Beacon reported Monday.

Tlaib requested permission on Aug. 15 to visit her grandmother in the West Bank and Israeli Interior Minister Aryeh Deri granted her permission. She rejected the invitation because of “oppressive conditions.”

“The Israeli government ultimately decided they would let me visit, but under one condition: that I sign a letter restricting my freedom of speech in order to stop me from speaking out against the inhumane conditions Palestinians like my grandmother are forced to face by the Israeli military occupation,” Tlaib wrote in a statement.

The email included a statement from Tlaib where she said the two Democratic congresswomen “were banned from traveling to Israel and Palestine,” despite Tlaib being offered a humanitarian permit. 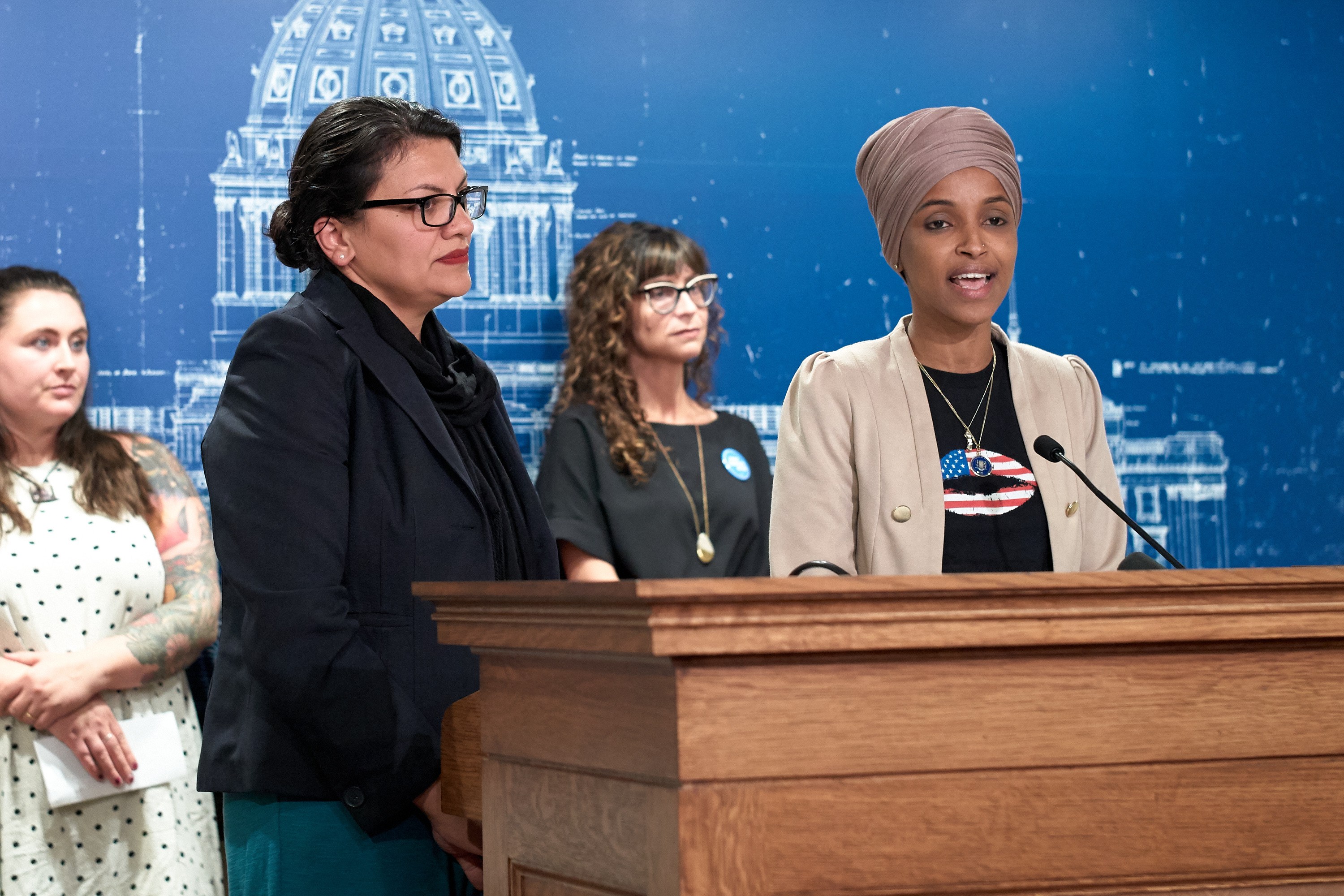 “It’s very telling when a so-called democratic ally bans elected members of Congress from visiting because of our political views and values,” Tlaib wrote according to the Free Beacon. “It’s even more disturbing and completely unprecedented that our own president encouraged this undemocratic action. What is Netanyahu afraid that we will witness, that we will bring to light?”

“Not only am I heartbroken that I cannot meet the people of Israel and Palestine to witness their struggles firsthand, but I am heartbroken I can no longer visit my Palestinian grandmother,” she added.

Tlaib said she was granted entry into Israel and denied the invitation because her grandmother wouldn’t want her to visit “under such degrading circumstances.”