President Donald Trump said Tuesday he is willing to allow the U.S. economy to suffer short-term losses and even go into a brief recession in order to deal with a trade imbalance with China.

“China’s been grifting off this country for 25 years, but longer than that. And it’s about time, whether it’s good for our country or bad for our country short term,” Trump told reporters in the Oval Office when asked whether he is concerned that a potential trade war with China could hurt the economy.

“I am doing this whether it’s good or bad for your statement about, ‘Oh, will we fall into a recession for two months?'” Trump told a reporter.

Trump said his most recent predecessors, former Presidents Barack Obama, George W. Bush and Bill Clinton, failed to deal with Chinese manipulation of its currency and theft of intellectual property from the U.S. (RELATED: Trade War Development: Trump Ups The Ante On China) 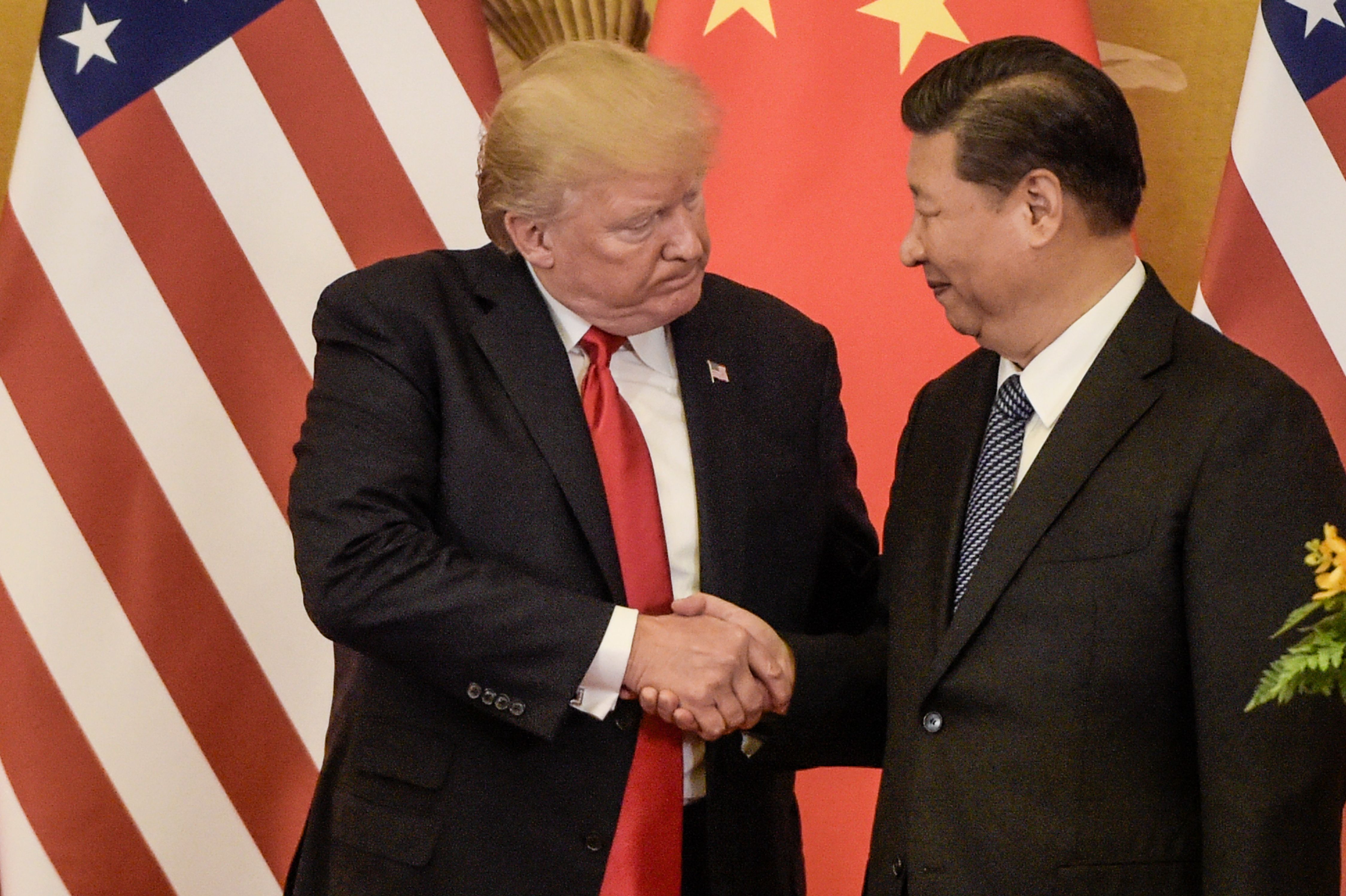 U.S, President Donald Trump (L) shakes hand with China’s President Xi Jinping at the end of a press conference at the Great Hall of the People in Beijing on Nov. 9, 2017. (FRED DUFOUR/AFP/Getty Images)

Trump implemented tariffs on $250 billion worth of Chinese goods in 2018 and threatened to levy another $300 billion on products this year. He announced plans in August for a tariff on electronics and footwear to be enacted by Sept. 1 after he said the Chinese government backed out of a deal on U.S. agricultural products. The administration delayed the plan on Aug. 13 until at least Dec. 15.

The Treasury Department labeled China a currency manipulator in August after it allowed the yuan to fall below the seven-per-dollar threshold for the first time since 2008. China’s central bank said the decision will “cause chaos in financial markets.”

Trump said his “life would be a lot easier” — and that the stock market would be 10,000 points higher — if he didn’t have to grapple with China.

“But I like doing it because I have to do it,” he said.