Climate Communications and Law (CCL) is in violation of Maryland laws governing where a nonprofit company can operate if it is registered in another area of the country, according to a complaint by Cleta Mitchell, an attorney at Wisconsin-based law firm Foley & Lardner. The complaint also explains the punishments CCL could receive.

“It is concerning to me that the organizations I work with try so hard to comply with the myriad regulations and legal requirements for all nonprofits, and this entity – which has ‘law’ in its name – appears to just thumb its nose at the laws that others work hard at complying with,” Mitchell told the DCNF after filing her complaint Tuesday. CCL is a type of shell group that backs environmental news outlets that target oil companies. 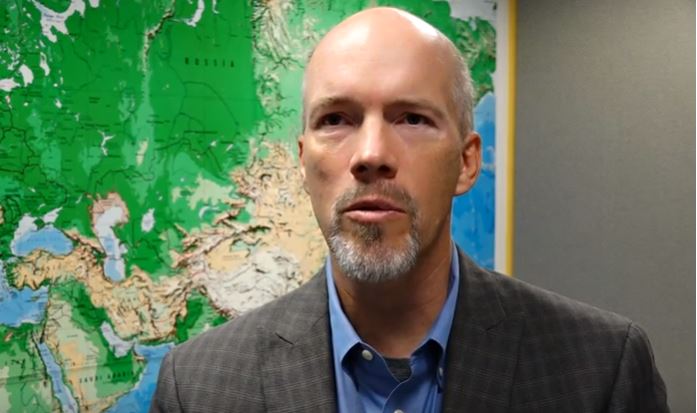 Her complaint asks Maryland’s Secretary of State John Wobensmith to hold CCL accountable for not registering as a foreign agent with the state. CCL, which filed articles of incorporation in Washington, D.C., on April 26, 2017, failed to maintain its corporate status in good standing in the district, so the district revoked the company’s status in May. CCL filed for reinstatement on Aug. 8.

This comes after CCL advised the IRS on its 2017 Form 990, filed on Nov. 15, 2018, that its business is located in Frederick, Maryland. The company also advised the IRS that it conducts business in Maryland, which requires all companies that do business in the state to register with the Department of Assessments and Taxation, Mitchell’s complaint notes.

Mitchell is asking Wobensmith to impose a statutory fine against the company for failing to register. She also wants the misdemeanor violations leveled against the group’s directors — Kert Davies, Richard Wiles and Alyssa Johl, all of whom are tied to environmentalist-led attempts to target ExxonMobil for supposedly contributing to global warming.

The complaint also notes that CCL must register as a charitable organization with Maryland to obtain donations from any state. The company’s IRS forms show that it reported raising $100,000 in 2017 without registering in Maryland. Failure to comply with the law is punishable by fines and penalties in amounts equivalent to donations obtained, the complaint notes.

Wiles is dismissing Mitchell’s argument, telling the DCNF: “CCL has no business activities in Maryland and thus is not required to register there.” Davies and Wiles are heavily involved in other groups connected to CCL. (RELATED: Legal Experts Accuse New York Climate Crusaders Of Overstepping The Law)

They’re both on the board of Climate Liability News (CLN), which was launched in July 2017 as a project of CCL, an organization with no website. Davies, a former researcher at Greenpeace, has made a career trying to expose the energy industry and the use of so-called front groups. He often criticizes energy groups for supposedly concealing their money.

“There is no transparency, no accountability for the money. There is no way to tell who is funding them,” Davies told the Guardian in 2013, referring to so-called climate change denial groups that he says rely on dark money for their survival. Davies has not responded to the DCNF’s request for comment about the nature of Mitchell’s complaints.

Davies and members of another group called Center for International Environmental Law (CIEL) reportedly attended a Rockefeller Family Fund meeting in January 2016. The meeting sought to portray Exxon as a “corrupt institution that has pushed humanity (and all creation) toward climate chaos and grave harm,” according to an agenda of the gathering in New York between environmental activists, The Wall Street Journal reported.

Various attorneys general throughout the country began launching investigations and lawsuits at Exxon shortly after that meeting.

U.S. District Judge John Keenan dismissed New York City’s climate lawsuit in July 2018, arguing that litigating such an action “for injuries from foreign greenhouse gas emissions in federal court would severely infringe upon the foreign-policy decisions that are squarely within the purview of the political branches of the U.S government.”

It was the third such lawsuit brought against oil companies Exxon, Chevron, BP, Royal Dutch Shell and ConocoPhillips. A U.S. district court judge in Northern California struck down identical lawsuits in 2018 brought by the cities of San Francisco and Oakland.