The Trump administration’s changes to the regulation of family detention will dramatically reduce the flow of illegal immigration into the U.S., homeland security officials and immigration hawks argue.

“Today, the government has issued a critical rule that will permit the Department of Homeland Security to appropriately hold families together and improve the integrity of the immigration system,” acting Secretary Kevin McAleenan said during a Wednesday press conference. “This rule allows the federal government to enforce immigration laws as passed by Congress and ensures that all children in U.S. government custody are treated with dignity, respect, and special concern for their particular vulnerability.”

The Trump administration is creating a licensing regime in order to license family residential centers so that, in keeping with the Flores Settlement Agreement, immigration authorities no longer have to release migrant families within 20 days.

This change would effectively eliminate the incentive migrants have when attempting to enter the U.S. illegally and claiming asylum, McAleenan said. Under the current environment, adult migrants who bring a child and lodge an asylum claim are well-aware that they can only be placed in a family residential center for a limited amount of time and will then likely be released into the interior of the U.S. before their cases are adjudicated.

By being able to keep family units in detention for the entire duration of their court proceedings, the loophole many immigrants are currently taking advantage of would be removed.

“This is common sense change for the better that we rarely see in Washington. It addresses concerns about family separation while reducing the incentive of a quick release into the interior of the U.S. It also closes a loophole that has been exploited for too long by aliens and the cartels that transport them,” Dale L. Wilcox, the executive director and general counsel for the Immigration Reform Law Institute, said in a Wednesday statement to the Daily Caller News Foundation.

More specifically, the rollout pertains to regulations established under the Flores Settlement Agreement. 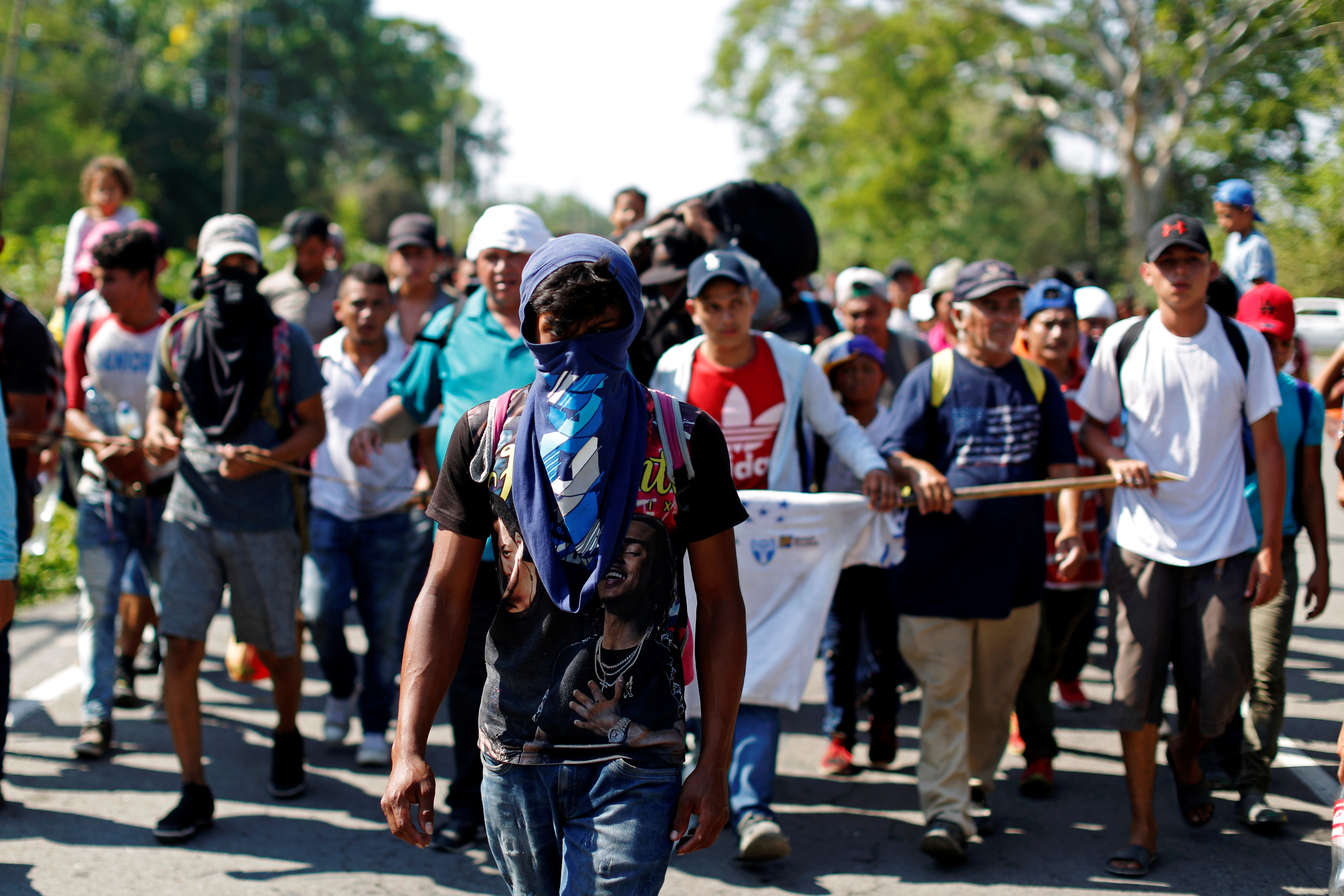 People belonging to a caravan of migrants from Honduras en route to the United States, walk on a highway in Metapa, Mexico, April 12, 2019. REUTERS/Jose Cabezas

How did applying Flores to accompanied alien children affect the regulation of illegal migration? While states have licensing standards for the detention of adults and unaccompanied children, they have no such standards codified for the detention of family units. This meant that family detention centers were unlicensed, and under the rules established by Flores, those detained in family residential centers must be released in a timely manner. This is where the 20-day release period was set for detained family units.

Earlier in the Trump administration, authorities notably tried to separate children from their families in order to bypass this rule. However, this was met with widespread pushback from the public, and President Donald Trump officially ended family separation.

Instead of separating families, or simply releasing family units by the thousands, the Trump administration has now established a third option: creating an Immigration and Customs Enforcement (ICE) licensing standard to license family residential centers. This way, family units can be detained for the duration of the court proceedings.

“The new rule allowing families to be held together in detention facilities while their asylum cases are heard by the courts is a win for the integrity of the process, a win for those seeking safe haven in the United States, and a win for the American public,” Dan Stein, president of the Federation for American Immigration Reform, said in a Wednesday statement. “This game-changing regulation is yet another example of an administration doing all it can in the face of a do-nothing Congress and activist judges legislating from the bench.”

Since the 2015 court ruling, the number of family units reaching the U.S.-Mexico border has exploded. There are roughly 68,000 family units who encountered the U.S. southern border in 2014. For the duration of the current fiscal year, which isn’t even completed, around 390,000 family units have been through the U.S. border. (RELATED: Medical Exam Disputes CNN Report, Shows Detained Immigrant Was Not Lactating, ICE Says)

“People know if you bring a kid, it’s a free ticket into the United States,” a DHS official said of the crisis. “We fully expect that [this rule change] is going to have an impact on the flows of family units.”