Former Vice President Joe Biden rejected the liberal push to add seats to the Supreme Court Wednesday, warning any successful court-packing effort will set off a cascade of unintended consequences.

Instead, Biden promised to appoint judges who take “a broad view of the Constitution,” and change the Court’s intellectual direction over time.

“I don’t think you can start to fool around with changing the structure of the Constitution legislatively,” Biden said during an event at the Des Moines Area Community College in Iowa. “We tried the court-packing piece under Roosevelt. Even the Democrats opposed it at the time.”

The Supreme Court struck down much of President Franklin Roosevelt’s domestic agenda during his first term in the White House. Subsequent to his landslide reelection in 1936, Roosevelt put forward a measure to add as many as six seats to the high court. The Democrat-controlled Senate Judiciary Committee derided the proposal as “an invasion of judicial power such as has never before been attempted in this country.”

In the alternative, Biden said he would use the right to privacy as a litmus test in judicial selection. Privacy rights are the bedrock of the Supreme Court’s abortion precedents. (RELATED: Liberal Justices Are Still Notching Victories Despite Conservative Supreme Court) 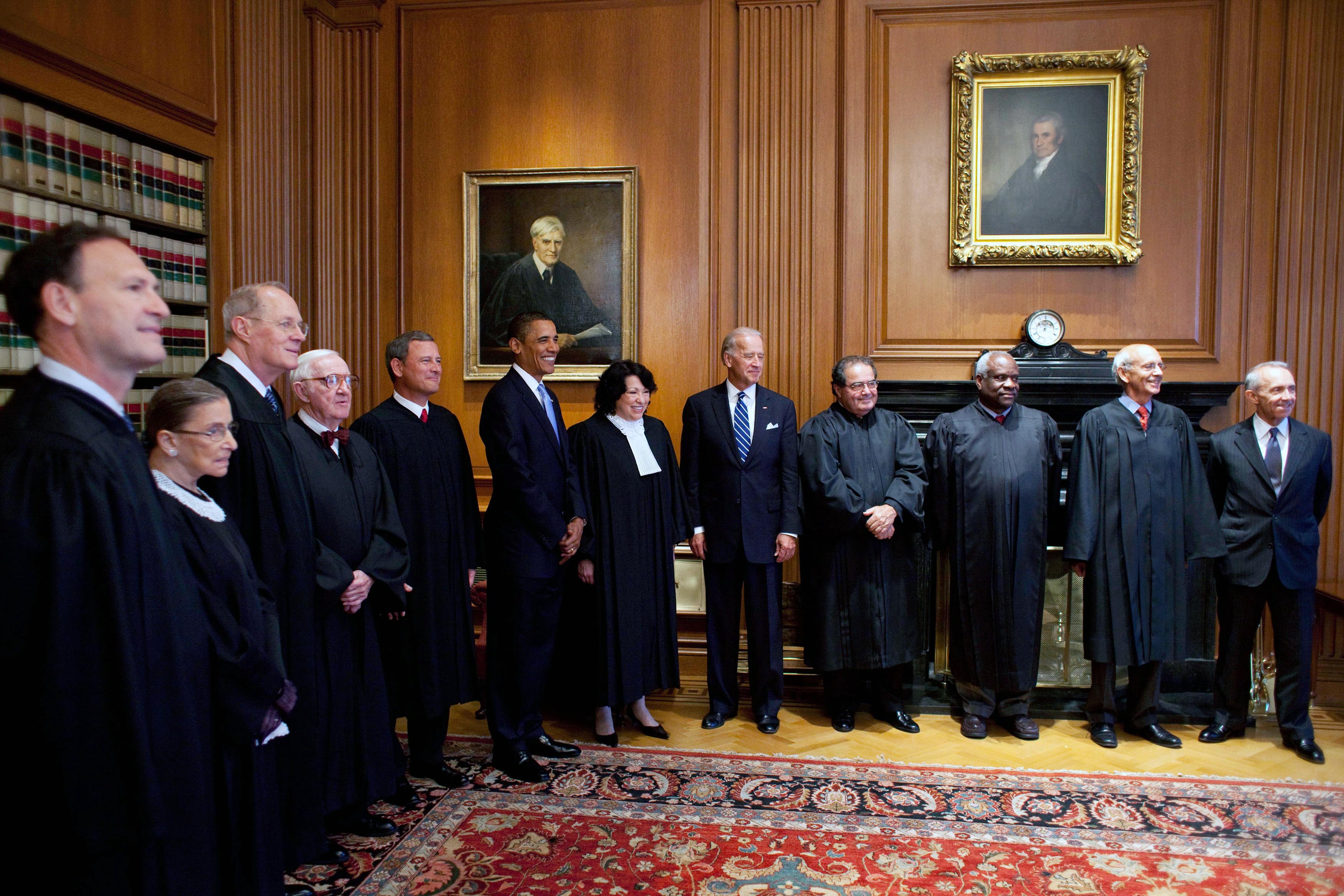 “What I would do is only appoint justices who share a broad view of what the Constitution in fact encompasses,” Biden said. “If you go the other route, mark my words this is going to come back in a big way and become a political football whoever is president.”

Contrary to Biden’s remarks, however, the composition of the Supreme Court is not set in the Constitution. Indeed, the number of justices has expanded and contracted with time, reaching as high as 10 during the Civil War and as low as six during the founding period. The current nine-justice panel was set by the Judiciary Act of 1869.

Other Democratic presidential candidates have proven more receptive to court reform packages. South Bend Mayor Pete Buttigieg endorsed a proposal to expand the bench to 15 justices. Under that system, Republicans and Democrats would each select 10 justices. Those 10 would pick the remaining five by unanimous vote.