Climate activists associated with the Sunrise Movement shouted down members of the Democratic National Committee after they rejected a proposal to host a single-issue debate on global warming.

Several people associated with the group interrupted the DNC meeting, singing the union protest song “Which Side Are You On?” Their protests came after the party voted 17-8 Thursday in San Francisco against a resolution to place climate change as the top issue during the debate format.

BREAKING: Despite overwhelming support from the public and candidates, the @DNC Resolutions Committee just voted down the resolution to hold a #ClimateDebate

20+ young people with the @sunrisemvmt interrupted the meeting, singing the union protest song “Which Side Are You On?” pic.twitter.com/tYlhWHOiWr

CNN announced plans in July to host a town hall devoted to climate change in September. Former Vice President Joe Biden, Sens. Cory Booker of New Jersey, Amy Klobuchar of Minnesota, Bernie Sanders of Vermont and Elizabeth Warren of Massachusetts are among those who will take part in the 24-hour news channel’s Sept. 4 town hall.

The town hall comes after DNC Chairman Tom Perez said in June that the party will not hold a debate on global warming. (RELATED: CNN Invites 9 Democratic Candidates To Climate Town Hall. Here’s The Line-Up) 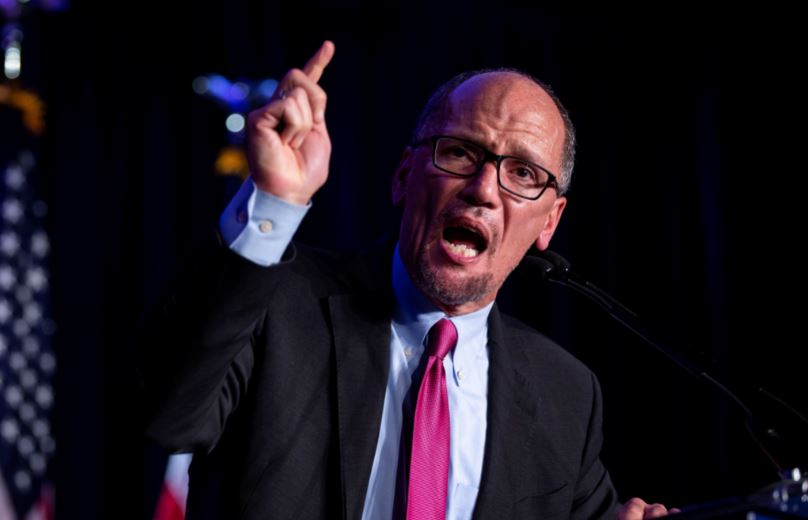 Perez said in a Medium post that month that climate change is just one of several high-priority issues, and that it would be unfair to host a debate revolving around it. The DNC has not responded to the Daily Caller News Foundation’s request for comment.

Symone Sanders, Biden’s senior adviser, was among those who urged the committee to vote down the debate, telling other officials at the conference that it would be “dangerous territory in the middle of a Democratic primary process.” Her comments contrast with those Biden made in June. He told a Greenpeace activist at the time: “I’m all in.”