“Democrats can’t have it both ways,” the lawmaker tweeted Thursday. “They object to immigrant family separation because minors can only be held by [the Department of Homeland Security] for 20 days. But when [President Donald] Trump tries to keep families together for a period of time to adjudicate claims, they also object.”

Graham was responding to Democratic opposition against Trump’s plan to work around the Flores Settlement Agreement — a plan that would keep migrant families together for the duration of their court proceedings. However, as Graham pointed out, Democrats also opposed the president’s other proposals to address the illegal immigration crisis.

Democrats can’t have it both ways.

* They object to immigrant family separation because minors can only be held by DHS for 20 days.

* But when Trump tries to keep families together for a period of time to adjudicate claims, they also object.

Such a measure, DHS argues, would eliminate a major incentive for illegal immigrant families who fraudulently lodge asylum claims in hopes of exploiting U.S. immigration laws.

Acting DHS Secretary Kevin McAleenan officially introduced the proposal Wednesday and Democrats on Capitol Hill and beyond condemned it.

“The Administration is seeking to codify child abuse, plain and simple. Its appalling, inhumane family incarceration plan would rip away basic protections for children’s human rights, reversing decades-long and court-imposed rules and violating every standard of morality and civilized behavior,” House Speaker Nancy Pelosi said in a statement Wednesday. The California Democrat said she expects the “District Court to swiftly strike” the change down.

Democratic presidential candidates also took a swipe at the proposal. 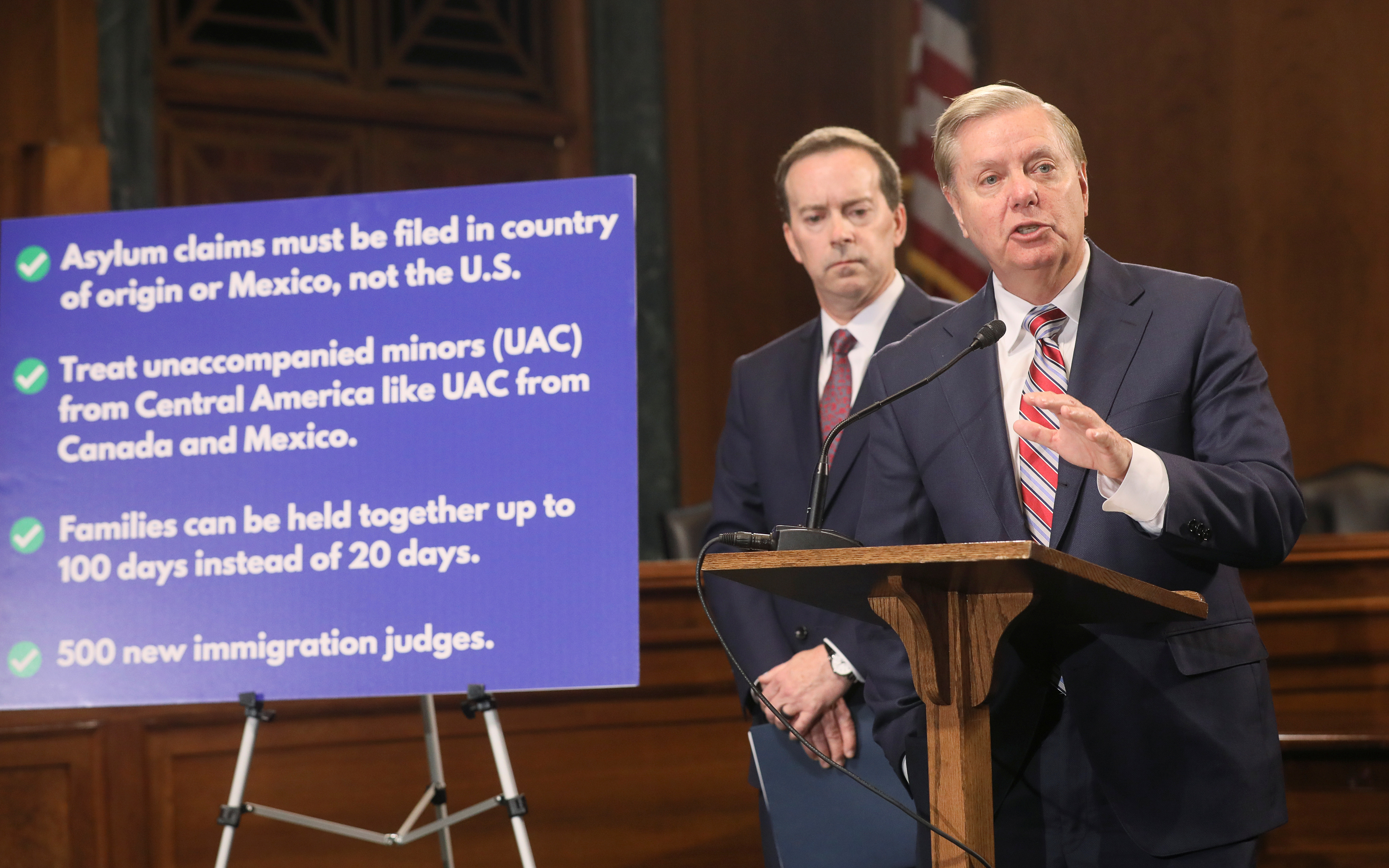 “This is another example of this administration’s cruelty,” former Housing and Urban Development Secretary Julian Castro said Wednesday on CNN’s “New Day.” “Your viewers will notice that they go to so many lengths to be so much more cruel than anything that has come before us.”

“Clearly, Democrats are comfortable with releasing migrants with minor children into the interior of the U.S. knowing the vast majority will never show up for their immigration hearing!” Graham said Thursday.