Adnan Syed, the Maryland inmate whose murder conviction became a true crime sensation, brought his bid for a new trial to the Supreme Court.

A jury convicted Syed for the 1999 murder of his ex-girlfriend, Hae Min Lee, in February 2000. The Maryland Court of Appeals denied his bid for a new trial on a 4-3 vote in April.

Few cases command popular attention as Syed’s does. He first entered the public consciousness in 2014 with the debut of the “Serial” podcast, which explored the Lee murder over 12 episodes. The program was a viral sensation, drawing prestigious journalism prizes like the Peabody as it became one of the most-downloaded podcasts of all time. HBO followed Serial’s success with its own docu-series called “The Case Against Adnan Syed.”

The Supreme Court will not decide Syed’s guilt or innocence. Rather, they could decide whether the Maryland Court of Appeals was right to deny him a new trial.

Syed’s appeal focuses on the deficient performance of his trial lawyer, Cristina Gutierrez. In particular, Syed’s post-conviction lawyers said Gutierrez substantially harmed his defense when she failed to call a potential alibi witness to testify. At trial, prosecutors said Lee was murdered between 2:15 and 2:35 p.m. in a Best Buy parking lot. One witness placed Syed at the scene, and said he helped Syed dispose of Lee’s body in Baltimore’s Leakin Park later that day.

Yet one of Syed’s high school classmates, Asia McClain, contests that theory of the crime. McClain said she spoke with Syed in the Woodlawn High School library during the 20-minute window when the state said Lee was killed. Though she repeatedly contacted Syed to share her recollections, Gutierrez never pursued the matter.

A state court judge vacated Syed’s conviction in 2016 and granted him a new trial, finding Gutierrez’s mistakes violated his Sixth Amendment right to competent representation. That decision turned on Gutierrez’s failure to challenge cell service location information the state used to place Syed near Leakin Park on the day of Lee’s murder.

But the Maryland Court of Appeals reversed and said Syed did not deserve a new trial. Though the panel agreed Gutierrez’s performance was inadequate, the majority said she did not seriously compromise Syed’s defense because of the “substantial” evidence of his guilt.

“Under the circumstances, the state’s case against [Syed] could not have been substantially undermined merely by the alibi testimony of Ms. McClain because of the substantial direct and circumstantial evidence pointing to Mr. Syed’s guilt,” the court wrote. (RELATED: Liberal Justices Are Still Notching Victories Despite Conservative Supreme Court) 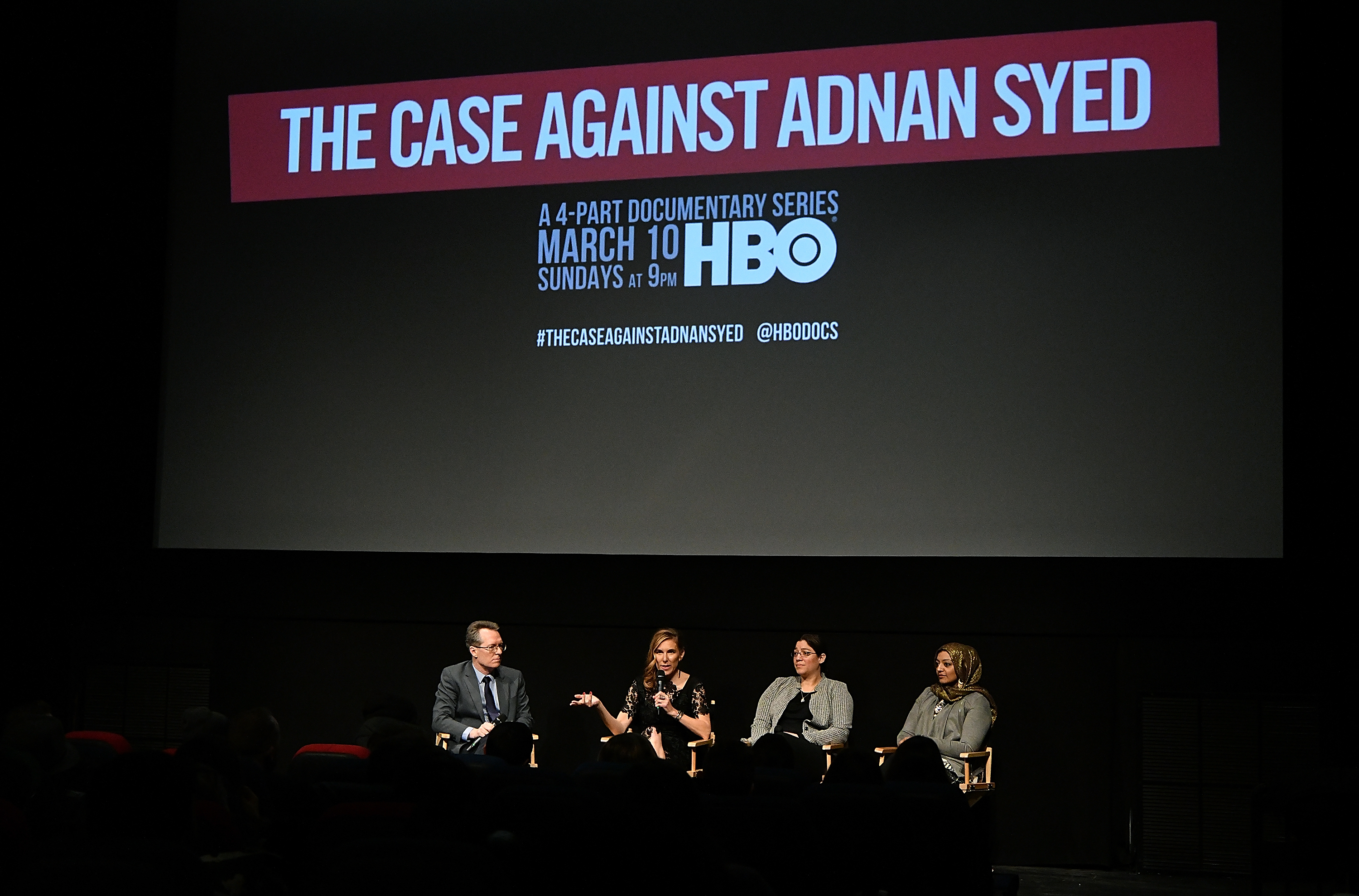 The New York premiere of HBO’s “The Case Against Adnan Syed” on February 26, 2019. (Slaven Vlasic/Getty Images for HBO)

Before the Supreme Court, Syed’s lawyers said the “substantial” evidence to which the Maryland court refers was developed after Syed’s trial in 2000. For example, prosecutors put forward a new timeline for the crime during the 2016 proceedings, saying Syed could have killed Lee later than was originally believed.

Syed said it was a mistake for the Maryland Court of Appeals to consider that evidence. When determining if defense counsel was constitutionally inadequate, Syed’s lawyer said courts must evaluate a lawyer’s actions against the evidence introduced during the trial itself. They cannot consider additional materials collected after the fact.

“Courts must evaluate prejudice in light of the case the state actually introduced at trial, not a hypothetical case that sidesteps the weaknesses in the state’s presentation of the evidence,” Syed’s petition reads.

What’s more, Syed said the Maryland court’s approach to the Syed case creates a division among courts as to how deficient representation is assessed. The Supreme Court is more likely to intervene in cases presenting questions of law on which multiple courts disagree.

Syed marshaled an impressive roster of appellate talent for his Supreme Court petition. Lawyers at Hogan Lovells, which litigates frequently in front of the Supreme Court, are representing him before the justices.