Older brother Charles Koch announced his brother’s death in a Friday statement. The late Koch retired from his duties at Koch Industries due to health complications in 2018 and is survived by his wife Julia Koch and three children.

“It is with a heavy heart that I announce the passing of my brother David,” Koch said in a statement. “Anyone who worked with David surely experienced his giant personality and passion for life.” (RELATED: Libertarian Heavyweight David Koch Is Stepping Down From Politics)

Koch said when his brother was diagnosed with advanced prostate cancer, doctors estimated he only had a few years to live.

“David liked to say that a combination of brilliant doctors, state-of-the-art medications and his own stubbornness kept the cancer at bay,” Koch said. “We can all be grateful that it did, because he was able to touch so many more lives as a result.” 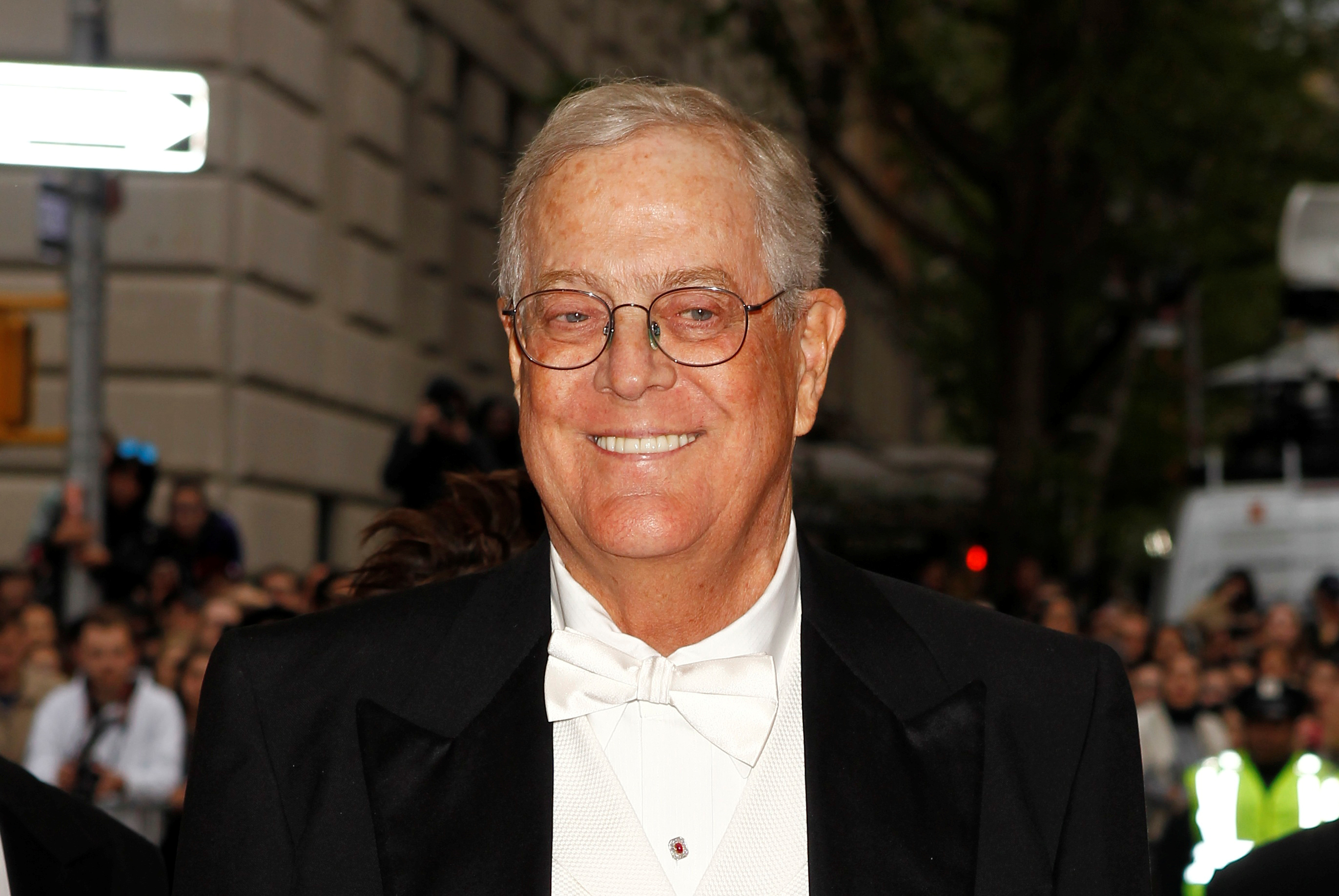 Koch attended the Massachusetts Institute of Technology, earning both a bachelor’s and master’s degree in chemical engineering. He joined the family business Koch Engineering, which would later become the Koch Chemical Technology Group (KCTG), and became president of the company in 1979.

His leadership reportedly led the country to “50-fold” growth, according to Koch Newsroom. The company employs more than 5,000 people in multiple businesses including Koch-Glitsch, Optimized Process Designs, Koch Membrane Systems and Genesis Robotics.

“David’s guidance and loyalty, especially in Koch Industries’ most troubled times, was unwavering. David never wanted anything for himself that he hadn’t earned, as his sole desire was to contribute. He was always dedicated to the long-term success of the company,” Charles Koch said.

“He wanted to focus on those areas where he could make the greatest contribution,” he added. “I think David’s gift was in spotting technologies that would create value for our customers.”

David Koch became a candidate for vice president for the Libertarian party in 1979 beside presidential candidate Ed Clark, the same year he became president of Koch Engineering. Clark’s and Koch’s presidential ticket received 1% or 921,128 of American votes, which was reportedly the party’s best showing until 2016, according to KOCH Newsroom.

“I was amazed that I had survived this accident. Thinking back on it later, I felt that the good Lord was sitting on my shoulder and that He helped save my life because He wanted me to do good works and become a good citizen,” David told Barbara Walters in 2014. “Following that revelation, I became tremendously philanthropic, and I intend to continue being very philanthropic the rest of my life.”

The late Koch has pledged and contributed over $1.3 billion to public policy, cancer research and medical organizations as well as educational, art and cultural institutions.

Koch married wife Julia Flesher in 1996, with whom he had three children, David Jr., Mary Julia and John.