More than 20 states could be digging into big tech with a joint antitrust investigation.

The specific number of states is unknown, however, a source familiar with the probe said up to 20 or more may partake in the effort involving state attorneys general, The Wall Street Journal reported Monday.

Bipartisan attorneys general from New York, North Carolina, Mississippi, Arkansas, South Carolina and Texas all expressed interest in an investigation into big tech as privacy issues and the threat of monopolies continue to lead the conversation.

“It’s disappointing to see state AGs pursue this tech witch hunt. There is no case for antitrust. The marketplace is robust with competition and it’s incongruous that direct competitors can all simultaneously be monopolies,” NetChoice Vice President Carl Szabo, who testified in a July 16 congressional hearing titled “Online Platforms and Market Power,” told the Daily Caller News Foundation.

“Antitrust enforcement is a tool to ensure competition, not a weapon to attack businesses you don’t like. If AGs ignore facts and convert antitrust enforcement from an objective standard to a subjective one, it will create a dangerous political weapon that should scare all businesses,” he added.

Up to 20 states may move forward with a joint antitrust probe into big tech companies like Google and Facebook #WSJWhatsNow pic.twitter.com/CXp0hIgEuO

“There are components of what big tech does that can be extremely anti-competitive,” he told the DCNF. “However, the way the antitrust laws are written make it difficult for attorneys general to effectuate much change.”

“For instance, Facebook controls significant social media in the U.S. But the way antitrust laws are written, because it is free and because of the structure the business is set up, the antitrust laws will be difficult to curtail,” Schiffer continued.

“What needs to be curtailed by government are antitrust laws already in place that need to be revisited to make sure these companies operate in a way that allows for a more level playing field for entrepreneurs. … We’re in the dark ages. We’re trying to dominate against big tech companies that like to dominate,” he added.

The office of Arkansas Attorney General Leslie Rutledge told the DCNF the Republican “is focused on protecting Arkansas consumers and is considering what will be the best option for Arkansans.”

The office of South Carolina Attorney General Alan Wilson, a Republican, told the DCNF, “We are looking at it but have not made a decision yet about whether we’ll be participating.”

A member of Google’s policy communication team, Jose Castaneda, pointed the DCNF to a July 16 congressional testimony by the company’s director of economic policy, Adam Cohen, when asked how the company responds to the potential probe.

“In the face of intense competition, we are proud of our record of continued innovation. We have helped reduce prices and expand choice for consumers and merchants in the U.S. and around the world,” Cohen said.

“We have created new competition in many sectors, and new competitive pressures often lead to concerns from rivals. We have consistently shown how our business is designed and operated to benefit our customers,” he continued.

Apple, Amazon and Facebook similarly said at the hearing that their companies have created competition with various other successful rivals. (RELATED: Democrats Call To Regulate Big Tech While Raising Money Off Big Tech Execs) 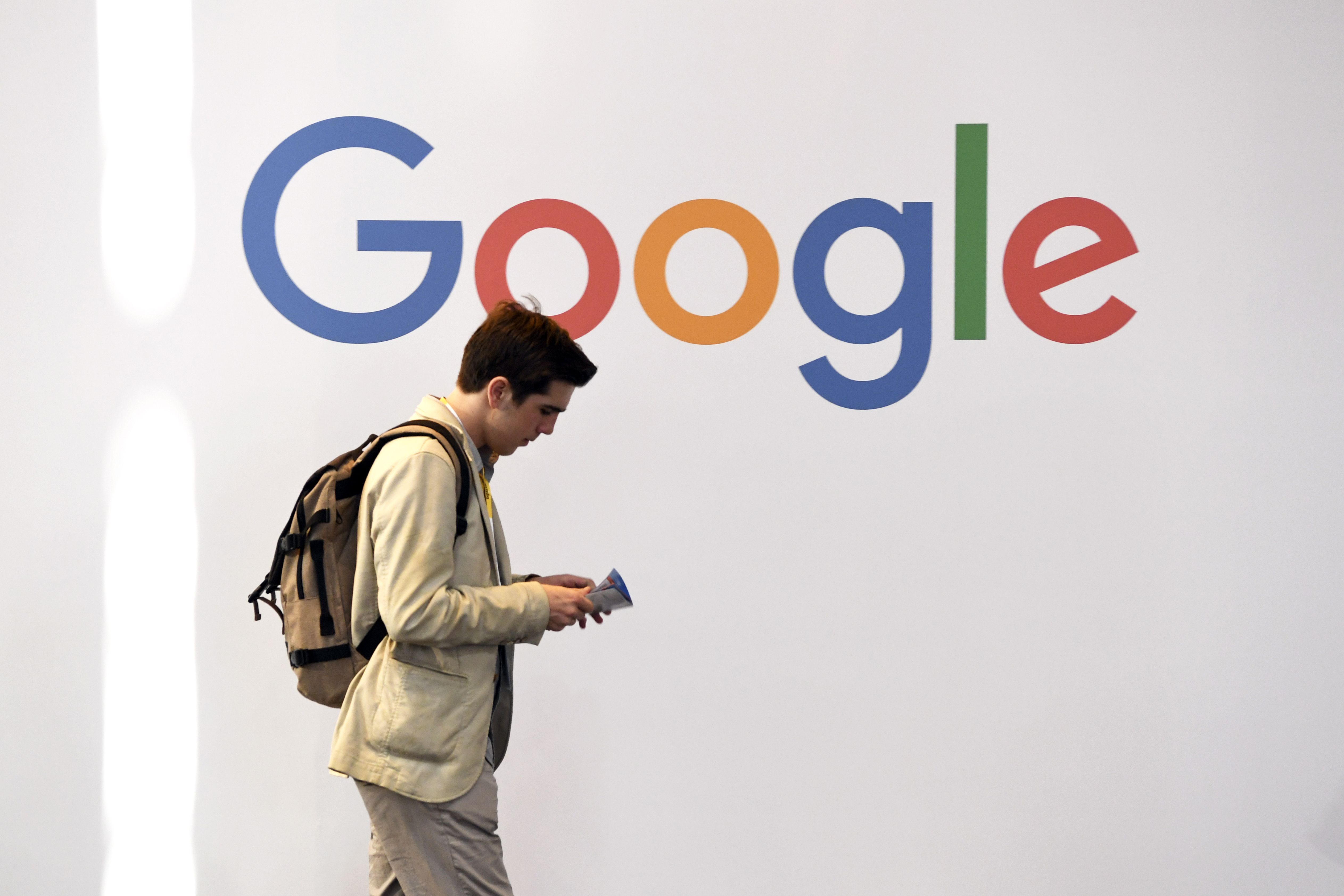 A man walks past the logo of the US multinational technology company Google during the VivaTech trade fair ( Viva Technology), on May 24, 2018 in Paris. (Photo by ALAIN JOCARD / AFP / Getty)

“Rather than attack tech companies, state AGs should be protecting their state’s businesses from California’s privacy law overreach. While a privacy law may be what California voters want, Sacramento should not be setting laws for San Antonio businesses,” Szabo said in reference to the California Consumer Privacy Act.

Schiffer said the attorneys general are “going to get big headlines, and if you look back two or three years from now, nothing is going to change. … The tech companies certainly won’t be affected. Real change starts in the law, but [the attorneys general] are going about it through litigation.”

The probe by the 20-or-so states will likely coincide with a Justice Department antitrust review by Attorney General William Barr, announced on July 23, into whether popular big tech companies such as Apple, Google and Facebook are unlawfully stifling competition.

“Without the discipline of meaningful market-based competition, digital platforms may act in ways that are not responsive to consumer demands,” Justice Department antitrust chief Makan Delrahim said in a statement. “The department’s antitrust review will explore these important issues.”

Facebook agreed to pay a record $5 billion and promised new privacy guarantees in July to settle an investigation the Federal Trade Commission (FTC) initiated for violating the terms of a 2012 privacy agreement with the FTC by “deceiving users about their ability to control the privacy of their personal information,” according to the agency.

State and federal officials are concerned on a bipartisan level with the rapid growth of big tech.