Michigan Rep. Rashida Tlaib accused President Donald Trump of being a “white supremacist” who is “afraid” of her and Minnesota Rep. Ilhan Omar in a new interview.

“It’s been very clear to me, especially this last week, that he’s scared of us,” the Democratic congresswoman told The Guardian.

“He’s afraid of women of color … because we’re not afraid of him and we’re not afraid to speak up and say that we have a white supremacist in the White House who has a hate agenda,” she added, saying that progressives like her have “a real agenda for the American people.”

Tlaib and Omar have been making headlines in recent weeks after a planned trip to Israel was stopped when the Israeli government refused them entry due to their support of the Boycott, Divestment, and Sanctions (BDS) movement. (RELATED: Rashida Tlaib: I Was ‘Really Afraid Of My Fellow Americans’ After The 9/11 Terrorist Attacks) 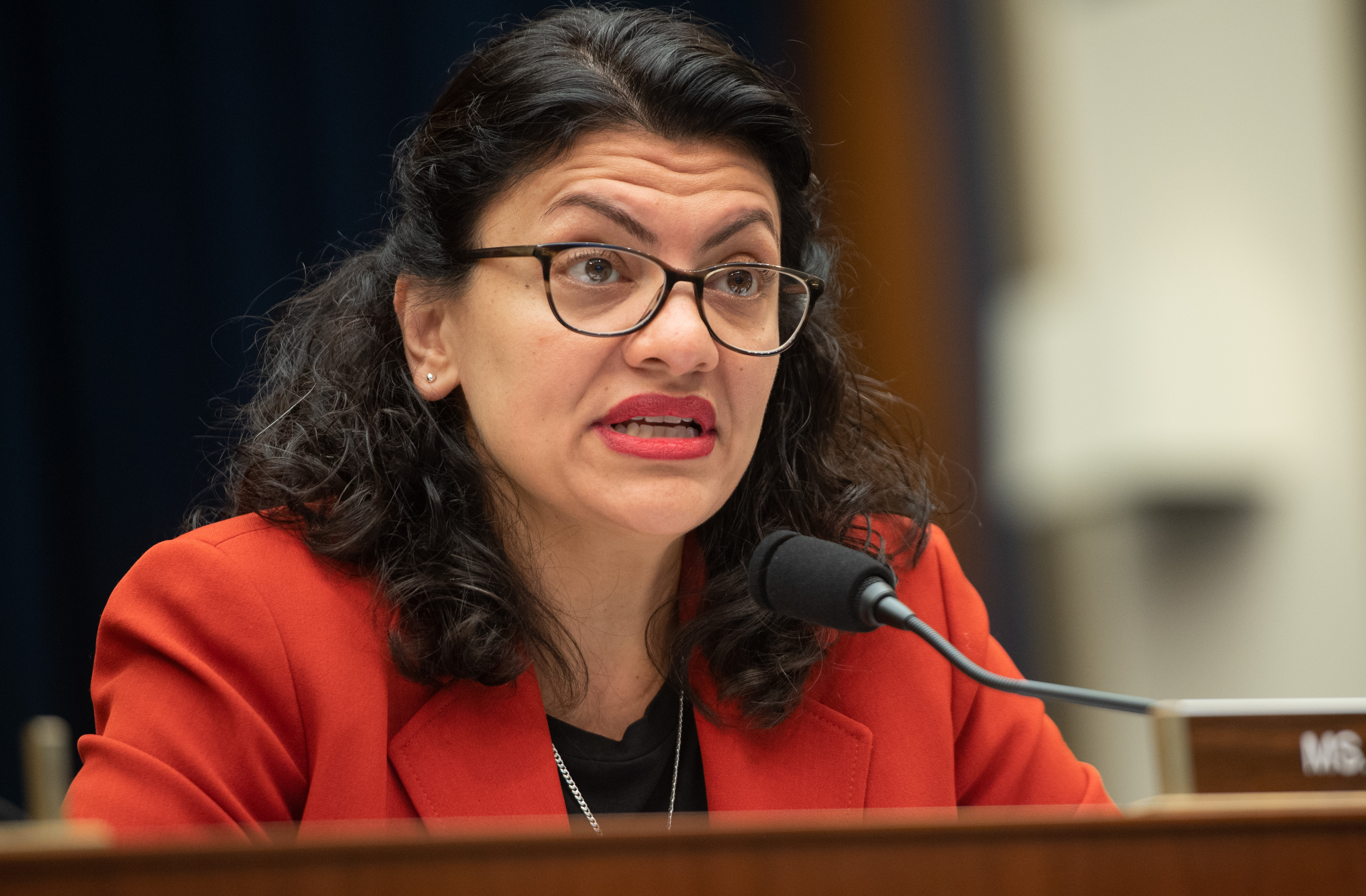 US Representative Rashida Tlaib, Democrat of Michigan, questions US Secretary of Treasury Steven Mnuchin as he testifies during a House Committee on Financial Services hearing on Capitol Hill in Washington, DC, May 22, 2019. (SAUL LOEB/AFP/Getty Images)

Tlaib and Omar were planning to visit the country on a trip sponsored in part by Miftah, a Palestinian organization that has members who have praised violence against Israel. (RELATED: Bill Maher Responds To Rashida Tlaib’s Calls To Boycott His Show)

President Trump accused Tlaib of hating Israel and “all Jewish people” in a tweet this month.

It would show great weakness if Israel allowed Rep. Omar and Rep.Tlaib to visit. They hate Israel & all Jewish people, & there is nothing that can be said or done to change their minds. Minnesota and Michigan will have a hard time putting them back in office. They are a disgrace!

The freshman congresswoman claimed in an interview this week that the president attacked her because of her ethnicity.