A Kirkwood Community College professor in Iowa resigned after confirming that he supports Antifa following his social media posts coming to light.

Jeff Klinzman, a former English literature professor, responded to a tweet from President Donald Trump where he called Antifa “gutless Radical Left Wack Jobs who go around hitting (only non-fighters) people over the head with baseball bats.” Klinzman replied to the tweet, writing “Yeah, I know who I’d clock with a bat…” on Iowa Antifa’s Facebook page, according to Reason.

“I affirm that I am Antifa,” Klinzman told reporters earlier in August, KCRG reported, adding in an email that he doesn’t regret anything he has posted online.

Kirkwood announced that Klinzman had resigned Friday. The school wrote that Klinzman was not removed because of his views or expressing them, according to a statement, KWWL reported. (RELATED: Rose City Antifa Triumphantly Claims Attack On Andy Ngo As Victory For ‘Community Defense’)

“However, when the expression of views by him or any member of our community is perceived as placing public safety in jeopardy, or hampers our ability to deliver on our mission, we will always do what is necessary in service to our students’ pursuit of a higher education,” Kirkwood’s statement read. 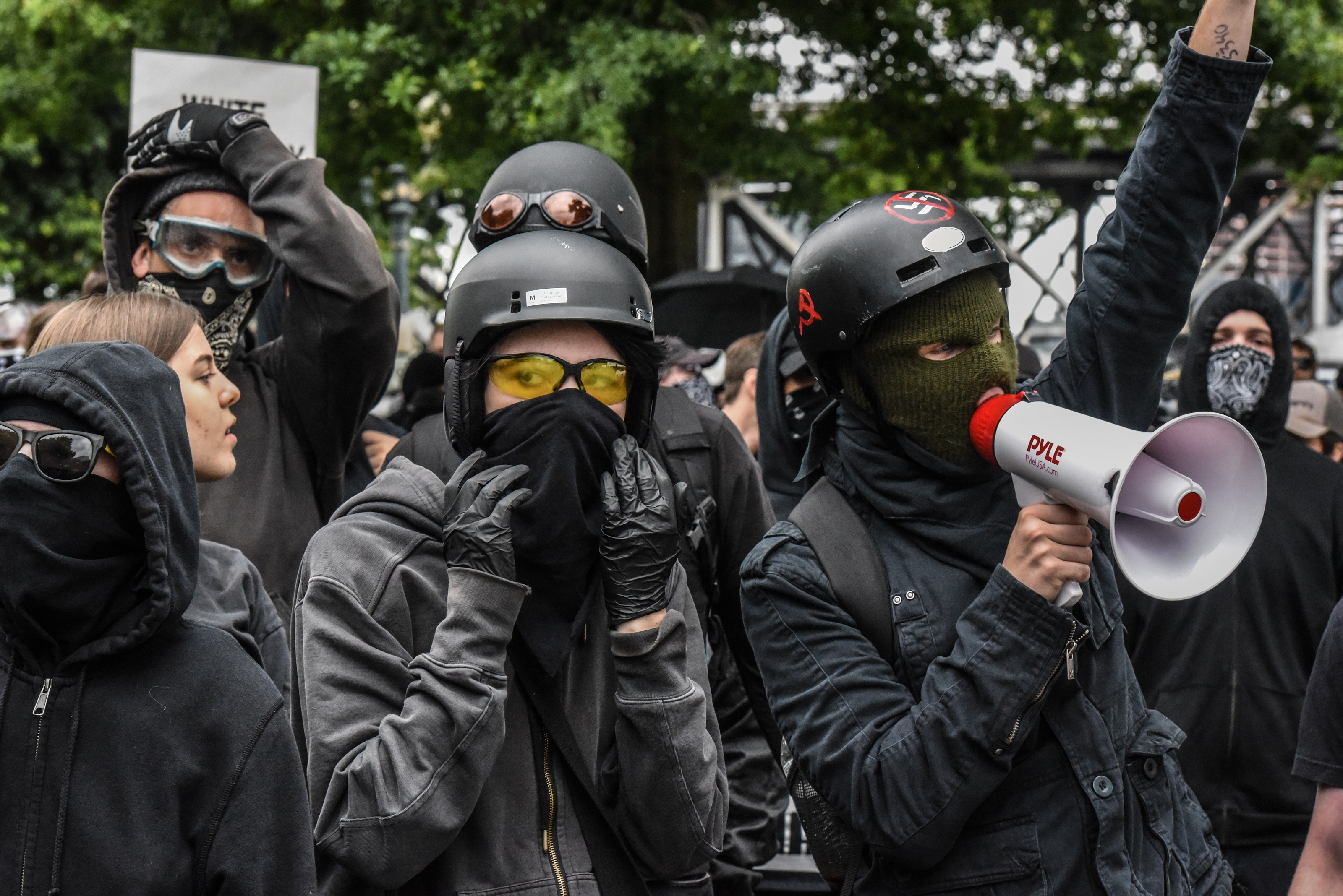 Counter-protesters wear black clothes during an Antifa gathering during an alt-right rally on August 17, 2019 in Portland, Oregon. (Stephanie Keith/Getty Images)

Klinzman had other controversial social media posts, including one where he wrote about stopping evangelical Christians.

“It’s not pretty, and I’m not proud, but seeing what evangelical Christians are doing to this county and its people fills me with rage, and a desire to exact revenge,” another post from Klinzman’s social media read. A poem was also posted that included the line “Kill them all and bury them deep in the ground,” KCRG reported.