Walsh, a former GOP Illinois congressman, has earned the support of anti-Trump Republicans like Conway and Bill Kristol, despite Walsh’s long history of race-baiting. Walsh for years accused former President Barack Obama of being a secret Muslim and lamented that he wasn’t allowed to use the N-word on-air while hosting a radio show.

Conway, the husband of White House adviser Kellyanne Conway, is urging Trump opponents to donate to Walsh’s campaign and pledged to help Walsh “whether or not I join the campaign.”

George Conway wrote on Twitter Sunday night the point of Walsh’s campaign is to “trigger” a meltdown from the president in response to skepticism of Walsh from former U.S. Attorney Preet Bharara. (RELATED: Joe Biden Forgets Where He Is) 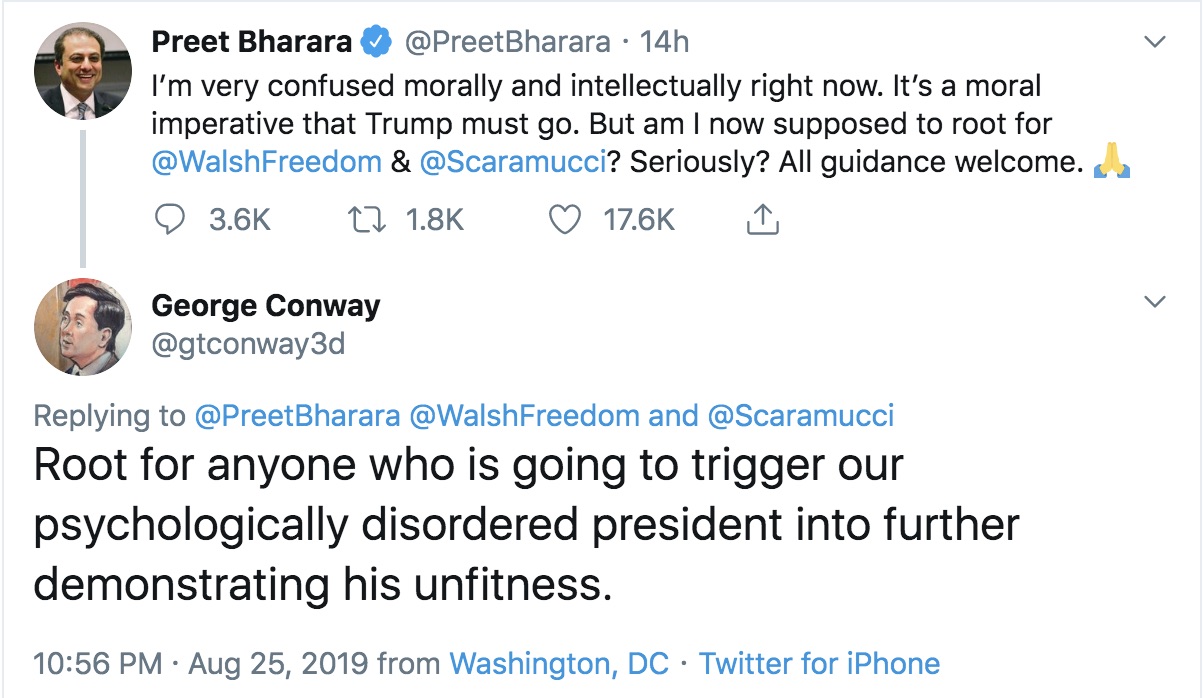 “Root for anyone who is going to trigger our psychologically disordered president into further demonstrating his unfitness,” George Conway replied to Bharara.

“Trump is destined to psychologically self-destruct, and it’s going to be messy no matter what,” he added. “It’s imperative we do everything we can to accelerate that process.”