Biden said that racism is the “white man’s problem visited on people of color,” adding, “White folks are the reason we have institutional racism,” according to the Associated Press.

“There has always been racism in America. White supremacists have always existed, they still exist.”

Ironically, Biden has his own history of racial controversies. The Delaware politician has repeatedly made offensive comments and defended working with segregationist politicians. 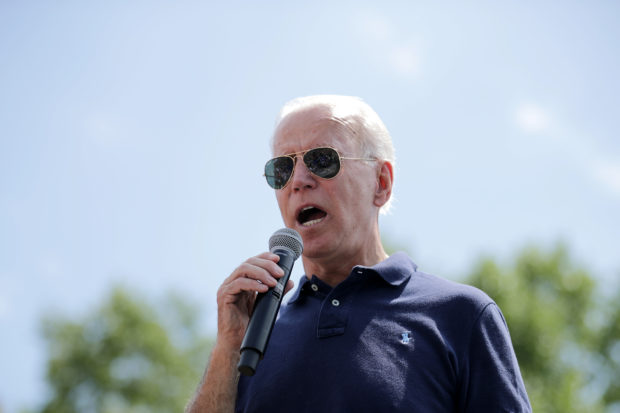 Democratic presidential candidate and former Vice President Joe Biden delivers a 20-minute campaign speech at the Des Moines Register Political Soapbox at the Iowa State Fair August 08, 2019 in Des Moines, Iowa. 22 of the 23 politicians seeking the Democratic Party presidential nomination will be visiting the fair this week, six months ahead of the all-important Iowa caucuses. (Photo by Chip Somodevilla/Getty Images)

Finally, Biden told AP that he would prefer to have a running mate who was “someone who was of color and who was of a different gender,” but that he hasn’t committed to that yet. (RELATED: Biden Says Race ‘Shouldn’t Be About The Past,’ Defends His Civil Rights Record)

The 76-year-old has been in the lead in the polls for the Democratic primary since he announced his candidacy in April. However, his campaign has also been full of speech flubs and gaffes.

The former vice president’s wife, Jill Biden, argued that people should vote for Joe even if they like other candidates better, because he can beat Trump.

“Your candidate might be better on, I don’t know, health care, than Joe is, but you’ve got to look at who’s going to win this election,” she said.