The Knights of Columbus (KofC) gave a lucrative lobbying contract to a firm that employed Supreme Knight Carl Anderson’s son in 2017, leading the younger Anderson to become the chief lobbyist for the organization, according to disclosure forms.

KofC entered into the lobbying contract with Van Scoyoc Associates, a government affairs firm that employs Anderson’s son, also named Carl Anderson, according to a review of lobbying records by the Daily Caller. Under the contract, Van Scoyoc received more money for far less lobbying work than in other similar deals made by KofC. Anderson’s son was also listed on the lobbying records as being the primary lobbyist for the organization.

As the Supreme Knight of the KofC, the elder Anderson serves as the chief executive officer and chairman of the board.

“The very large imbalance of payments to the lobbying firms reeks of nepotism and is ethically problematic – but it is a problem borne solely by the Knights of Columbus,” Holman told the Caller. “Both lobbying firms are top-notch businesses, complete with insider connections that make their lobbying services equally valuable. Paying one firm more than double the other for services rendered strongly suggests that the family connection was the deciding factor.” 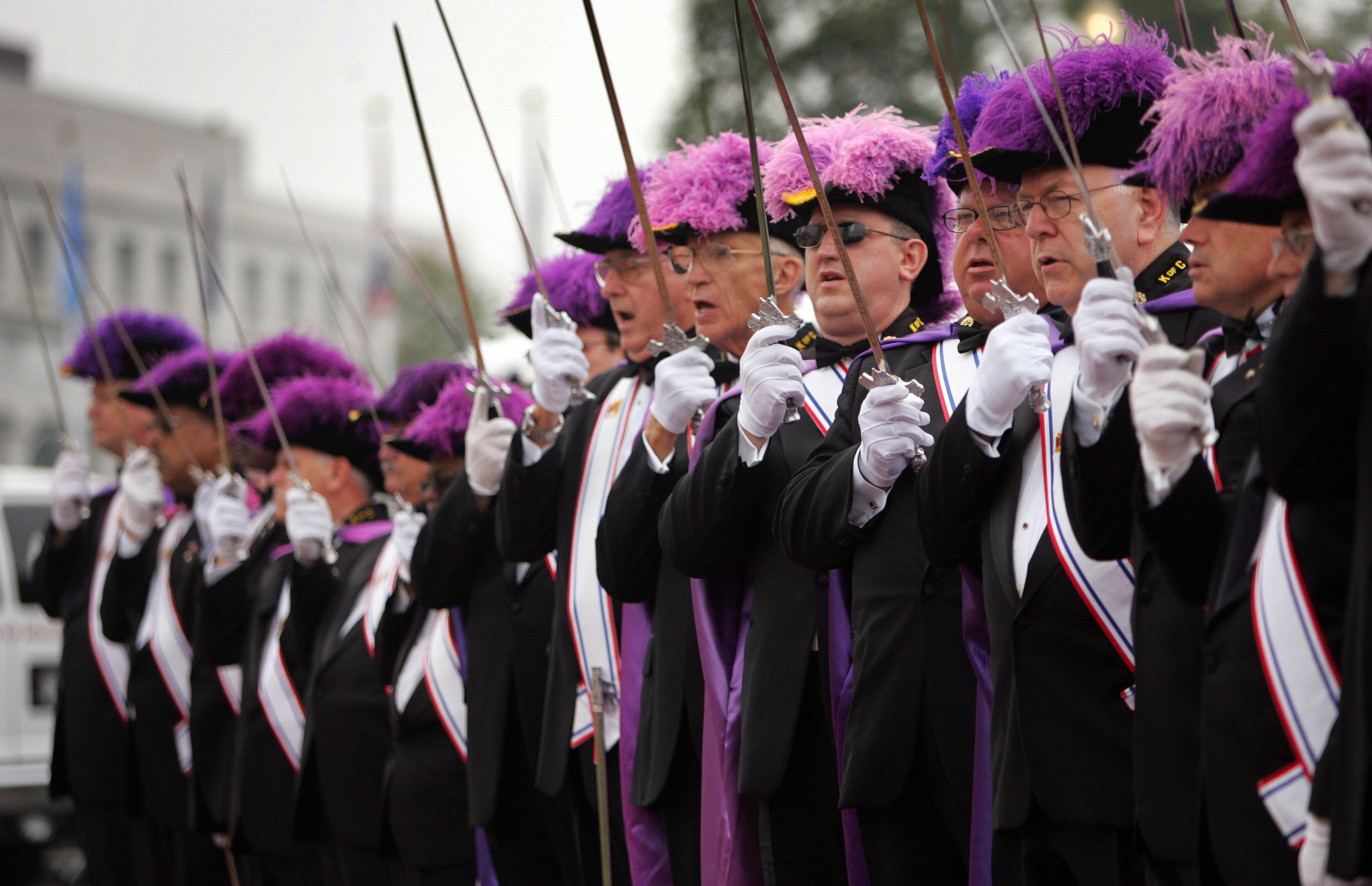 KofC, the world’s largest Catholic fraternal service organization, has recently dealt with partisan attacks from Democrats, who have suggested that membership in the organization disqualifies judicial nominees from office. However, outside of its status as a major source of religious charity, the organization is also now facing allegations of fraud and self-dealing. (RELATED: Senate Confirms Judicial Nominee  Pressed On Knights Of Columbus Membership)

BuzzFeed News reported last week that KofC is currently embroiled in a lawsuit that claims the organization artificially inflated its membership numbers to make itself more attractive to insurance companies. KofC then terminated its contract with an IT firm whose manager discovered the alleged insurance fraud, the suit argues.

The new details about KofC’s lobbying activities reveals another situation which should concern members of the organization, Holman said.

KofC first contracted with Van Scoyoc in February 2017 and paid the firm $100,000 over the next year, even though the firm only completed six months of lobbying work. Under a similar year-long deal made by KofC with QGA Public Affairs in 2015, KofC paid $80,000 for a full year’s worth of lobbying work.

The details of each deal are broken down as follows:

Holman noted that the lobbying arrangements would not violate public ethic laws because of KofC’s standing as a private religious institution, but flagged it as an area of ethical concern.

“KofC is not a governmental entity, it is a private religious fraternal organization, so the laws and ethics rules that govern public entities do not apply in this case. This is an issue that members of the Knights of Columbus should be concerned about, but it is not an ethics transgression that violates public laws,” Holman said.

Sources familiar with the situation said that KofC executives are undermining the reputation of the organization’s members, who are known for donating millions of dollars and significant time to charity each year.

The Knights of Columbus did not respond to a request for comment.

Kathleen Blomquist, a spokesperson for the Knights of Columbus, issued the following statement in response to the Daily Caller’s reporting:

“The Knights of Columbus has consistently worked to ensure that tax reform efforts do not harm non-profit fraternal benefits societies, and we retained Van Scoyoc Associates, a top lobbying firm, to support those efforts. Based on their success, the Knights of Columbus engaged the firm on a number of other issues, as well, including judicial nominations, health care reform, religious liberty and the issue of persecuted religious minorities in the Middle East. Over the past five years, the Knights have spent more than $25 million aiding to help those victims. With the firm’s assistance, the Knights worked with key members of Congress to successfully pass the Iraq and Syria Genocide Relief and Accountability Act of 2018 which was signed into law on December 11th. The Knights of Columbus have been and will continue to be fully transparent in our public disclosures.”