This week, we were served some less-than-breaking news. Rep. Seth Moulton, D-Mass., dropped out of the race for the Democratic nomination. If you’ve never heard of him, that’s OK. Few Democrats have. He served in the Marine Corps for four tours in Iraq, but other than that, he hasn’t done much.

What’s interesting is why he’s being forced to drop out of the race. By any sane standards, Moulton is a thoroughly liberal Democrat. On every issue, he’s more left-wing than President Barack Obama was on the day he left office. Three years ago, Moulton would have been considered a liberal firebrand. But not anymore. By the lunatic standards of the modern Democratic Party, Moulton is now a flaming moderate, and that’s the kiss of death. Moderates are no longer welcome in the Democratic Party.

Just look at what happened at the last debate when Rep. Tim Ryan, D-Ohio, urged his fellow liberals to take practical considerations into account. They treated him like a man with an infectious disease:

Ryan: “In this discussion already tonight, we’ve talked about taking private health insurance away from union members in the industrial Midwest, we’ve talked about decriminalizing the border, and we’ve talked about giving free health care to undocumented workers when so many Americans are struggling to pay for their health care. I, quite frankly, don’t think that is an agenda that we can move forward on and win. We’ve got to talk about the working-class issues, the people that take a shower after work, who haven’t had a raise in 30 years. If we focus on them, we’ll win the election.” (RELATED: Rep. Tim Ryan Says He’s Planning ‘Caravan’ To Protest For Stricter Gun Control Outside Of Mitch McConnell’s Kentucky Home)

There wasn’t a lot of applause for that. In the same debate, when Rep. John Delaney tried to encourage his party to restrict its ambitions to the physically possible, Elizabeth Warren ordered him banished from Wonderland. 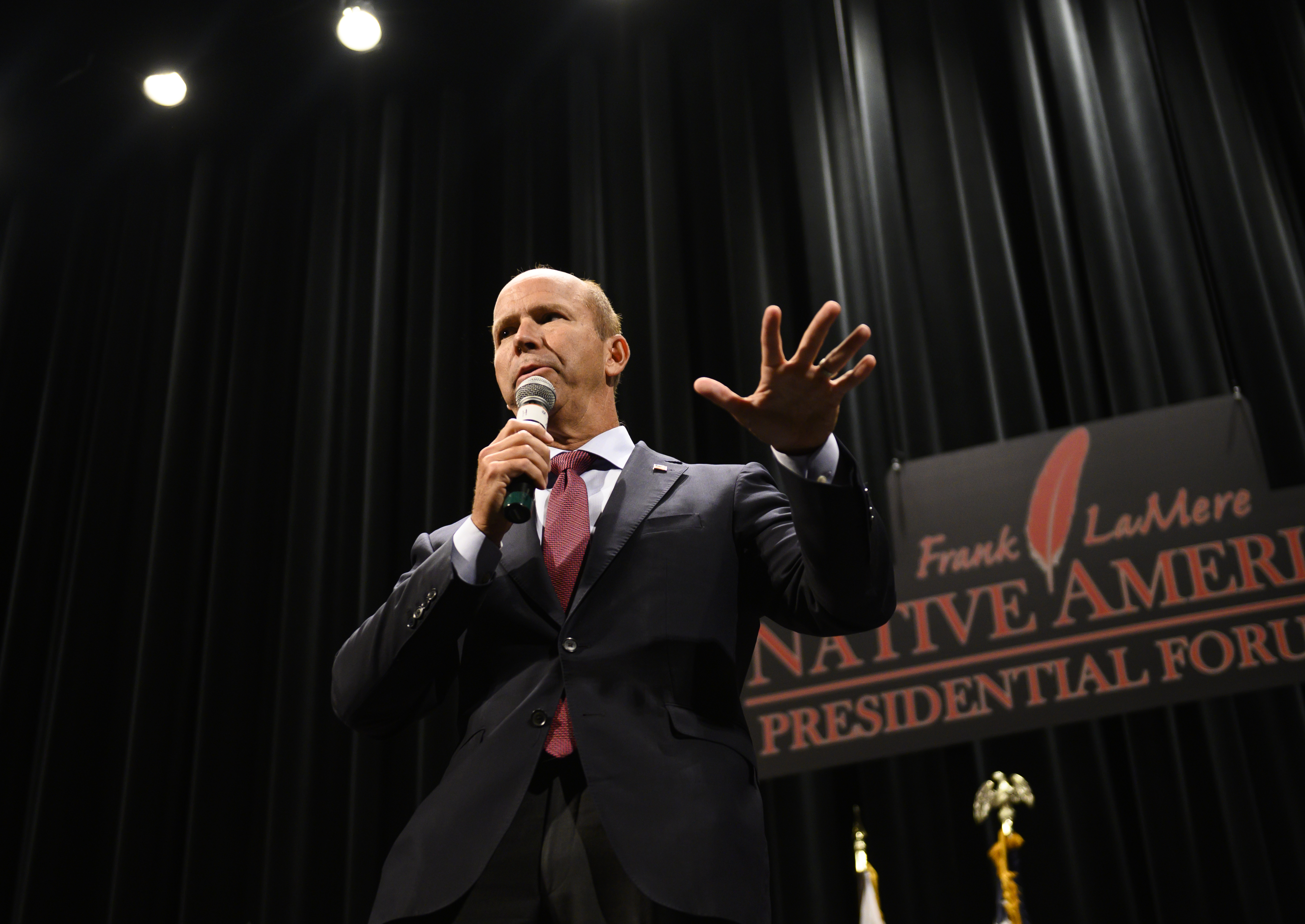 Delaney: “I think Democrats win when we run on real solutions, not impossible promises, when we run on things that are workable, not fairy-tale economics.”

Warren: “I don’t understand why anybody goes to all the trouble of running for president of the United States just to talk about what we really can’t do and shouldn’t fight for. I don’t get it.”

Poor Delaney and his reality-based ideas. How dare he! This is demented, obviously, but politically, it has been highly effective. When he dropped out of the race, Moulton noted: “It’s evident this is now a three-way race between (Joe) Biden and Warren and (Bernie) Sanders. And really it’s a debate about how far left the party should go.”

But there isn’t really a debate. The farthest-left candidates are winning. Of the nearly 20 people in the field, only Biden, Warren and Sanders can muster more than 10% support, which makes it a two-person race, if we’re honest about it. Biden may be a decent person, but he’s fading. And he often says strange things, as he recently did in New Hampshire:

Biden: “My senior semester, they (Martin Luther King Jr. and Bobby Kennedy) were both shot and killed. Imagine what happened if, God forbid, Barack Obama had been assassinated after becoming the de facto nominee. What would’ve happened in America?” Imagine you’re Biden’s political director, sitting offstage. All of a sudden, Biden wanders into unscripted territory and says, “Imagine the assassination of Obama.” 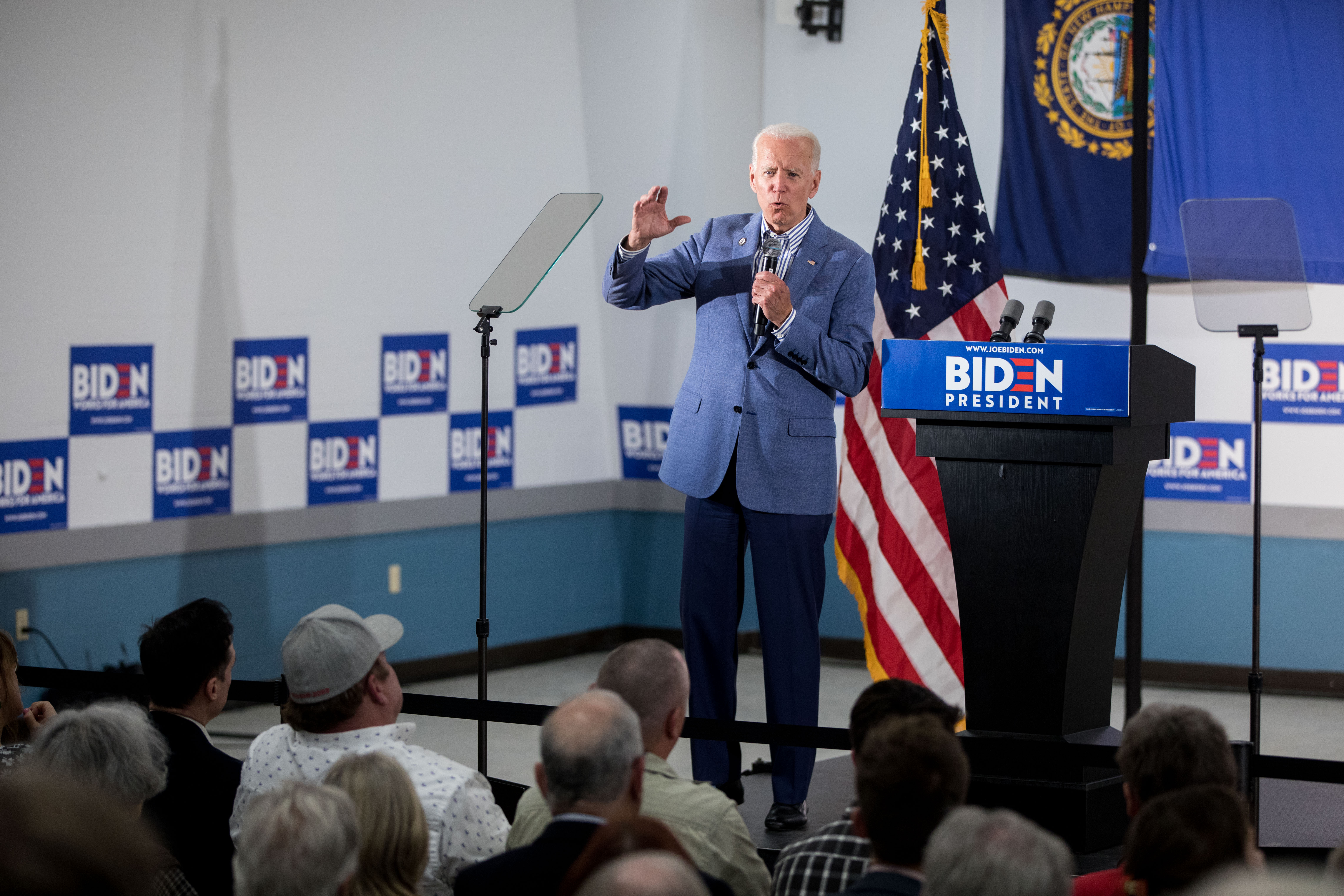 This is not an attack on Biden, but he’s not going to be the nominee. So the actual race comes down to Warren’s and Sanders’ competing visions of how to achieve the same socialist fantasy. Warren is promising reparations based on skin color. That’s popular. Sanders wants a government takeover of the entire energy sector. They will be working to out-crazy each other for the next six months. That is a dynamic guaranteed to produce even more extremism. And it has some Democratic leaders worried.

The Democratic National Committee voted on a proposal to hold a debate focused exclusively on climate change. Why wouldn’t they? Well, because the solutions the candidates would promise live on television are insane: spend $16 trillion, ban airplanes, seize control of the entire U.S. economy. (RELATED: CNN Invites 9 Democratic Candidates To Climate Town Hall. Here’s The Line-Up)

The Trustafarians love stuff like that. Normal people find it terrifying. Even the party hacks here in D.C. don’t like it, and that’s probably a compliment. You really think Nancy Pelosi believes climate change is an existential crisis? Of course, she doesn’t think that. Plus, she flies private. Obama can say whatever he wants about carbon emissions. He can shake his chin and be concerned, but when you’re spending 15 million of your own dollars on a beachfront estate in Martha’s Vineyard, you’re not too worried about the oceans rising.

But the Democratic base doesn’t get the joke. Democratic primary voters believe the talking points. And very soon, they will be powerful enough to nominate their own presidential candidate. And when that happens, it’s going to be a very different party.