CNN’s Anderson Cooper has been spotted in the audience for the new Dave Chappelle comedy show that has some viewers’ panties in a twist.

Chappelle, whose comedy typically gets good reviews, has been receiving poor marks from the political left.

But hey, if Anderson Cooper likes it — and he’s seen here with a big fat grin — maybe they could give it a second chance? 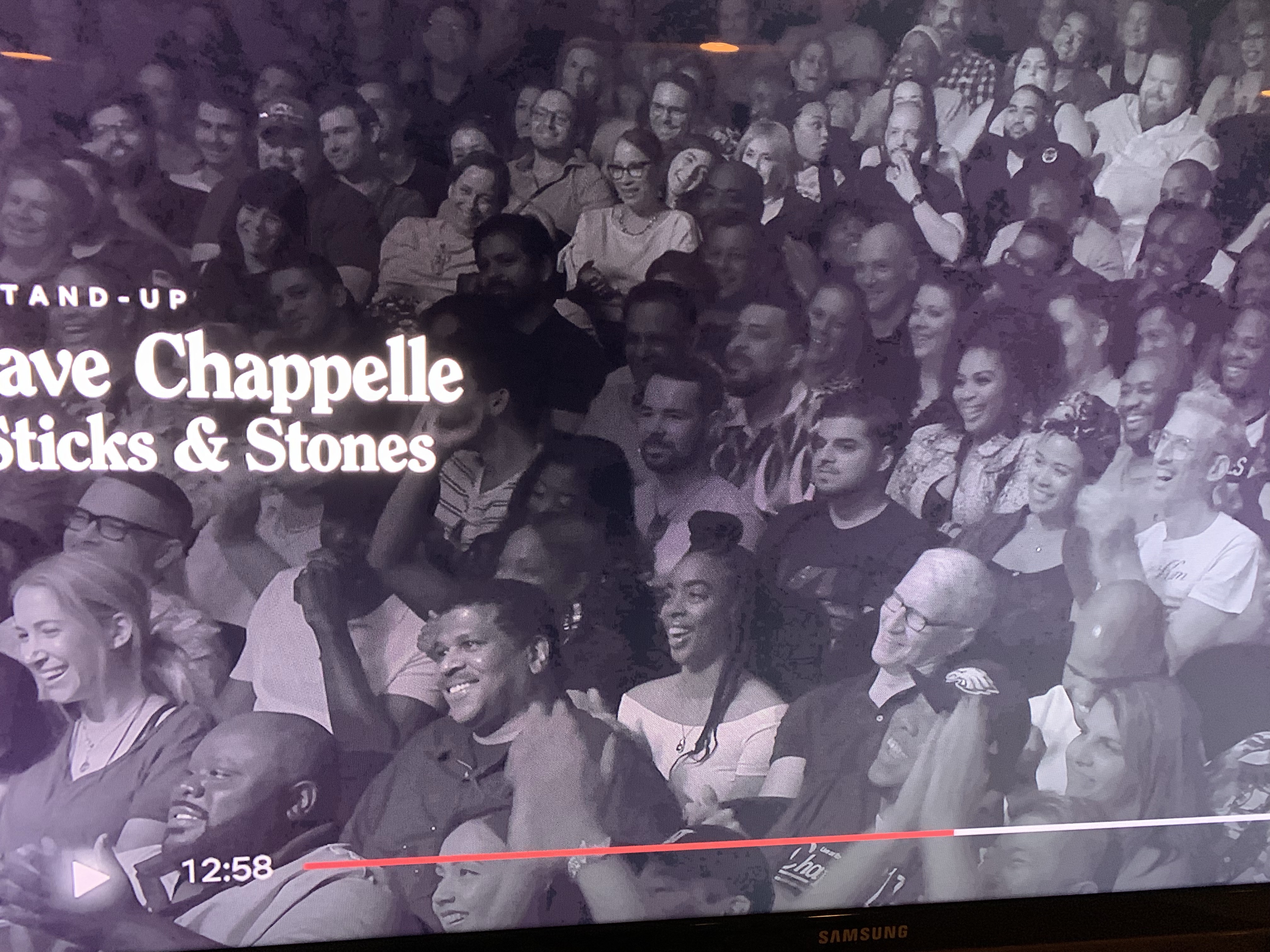 And the deck wasn’t any more hopeful: “The comedian doubles down on misogyny and transphobia in both the special and the hideous bonus scene that follows.”

So if that is Anderson Cooper, an openly gay TV anchor, will the LGBT community be angry with him for liking the show?

Cooper was spotted in the secret epilogue of the show, which is the audience from a Dave Chappelle standup show on Broadway last July.

The men go way back. Cooper interviewed Chappelle in the summer of 2006 in a two part report. He called him a “conflicted comedy genius.” The interview addressed Chappelle’s mysterious leave from his Comedy Central show and the loss of the $50 million that went with it.

“I feel miserable,” Chappelle confided to Cooper in an exclusive interview. “I’m coming here everyday and for what?”

Chappelle said a journalist had called him and asked if he smoked crack.

Cooper said Chappelle “kind of surprised us Friday when he came by to talk.”

All in all, a damn good surprise it was. Cooper and Chappelle hit on serious topics. Cooper let out his signature laughter throughout the interview.

More recently, Chappelle showed up to Times Square in 2017 for CNN’s infamous New Year’s Eve special. It was the first year that Cooper was hosting with Bravo TV host Andy Cohen. The network fired comedian Kathy Griffin earlier in the year after she appeared with a bloody Donald Trump head.

VICE stated that it’s “a slog” to make it to the bonus clip of “Sticks & Stones.”

There was also that Michael Jackson riff in which the comedian casts doubt on whether Jackson really molested young boys.

“I’m going to say something I’m not allowed to say, but I gotta be real: I don’t believe these [accusers],” cracks Chappelle. He was talking about the compelling, intensely anti-Jackson HBO documentary, Leaving Neverland.

He joked, “Dave, Michael Jackson is molesting children! Well, what were the kids wearing at the time?”

Like Vice, National Review Online‘s Critic-at-Large was not too impressed with the special.

Writer Kyle Smith called his bit on Jackson “a clunker.” He exclaims, “Believing all of his accusers were lying is just about impossible.”

Some of Chappelle’s loudest critics have come from the trans community. Smith called the part about “alphabet people” — a reference to the LGBTQ community — “mediocre.”

The Daily Beast‘s Kevin Fallon is no less unkind to Chappelle in his review, deeply wondering if Chappelle’s in on the joke or does he really think this stuff?

“It’s the gray area Chapelle is purposefully working in,” Fallon wrote. “Can these things truly be outlandish and offensive when Chappelle is knowingly being so? Or does a trigger warning—and Chappelle sends out several—not absolve objectionable content, even if the ensuing outrage might prove his point that we’re all being too sensitive?”