Senate Republicans urged the Supreme Court not to be intimidated after Democratic lawmakers warned that its decision in a pending Second Amendment case could inflame the liberal push to restructure the Court.

Democratic Sen. Sheldon Whitehouse of Rhode Island filed an amicus (or “friend of the Court”) brief on Aug. 12 in a challenge to New York City’s gun transportation regulations that urged the high court to “heal itself before the public demands it be ‘restructured in order to reduce the influence of politics.'” Four other Democrats joined the Whitehouse brief.

“While we remain members of this body, the Democrats’ threat to ‘restructure’ the Court is an empty one,” the Senate Republican conference wrote in a Thursday letter, which was first obtained by the Washington Post. “We share Justice Ginsburg’s view that ‘nine seems to be a good number.’ And it will remain that way as long as we are here.”

The justices agreed to decide on the constitutionality of New York City’s gun transportation rules in January. The city’s regulatory scheme restricted the movement of weapons to and from authorized shooting ranges. Licensed gun owners were forbidden from carrying their firearms beyond the five boroughs. The New York State Rifle and Pistol Association, which challenged the rules in court, believes those requirements violate the Second Amendment, the commerce clause, and the right to travel.

After the high court took the case, the city amended its ordinance to relax its transportation guidelines. City officials believe they have given the Association everything it sought in court, and are now urging the justices to dismiss the case as moot.

Whitehouse’s brief urged the justices to follow that course. In doing so, Whitehouse advanced a broad indictment of the Roberts court itself. He accused the conservative justices of bending procedural and jurisdictional rules to deliver victories for Republican political interests. Citing the 2018 Janus decision as an example, Whitehouse said the conservatives have used subtle language to encourage litigants to bring particular cases, or covertly overruled binding precedents but refusing to extend them to new areas.  (RELATED: Liberal Justices Are Still Notching Victories Despite Conservative Supreme Court) 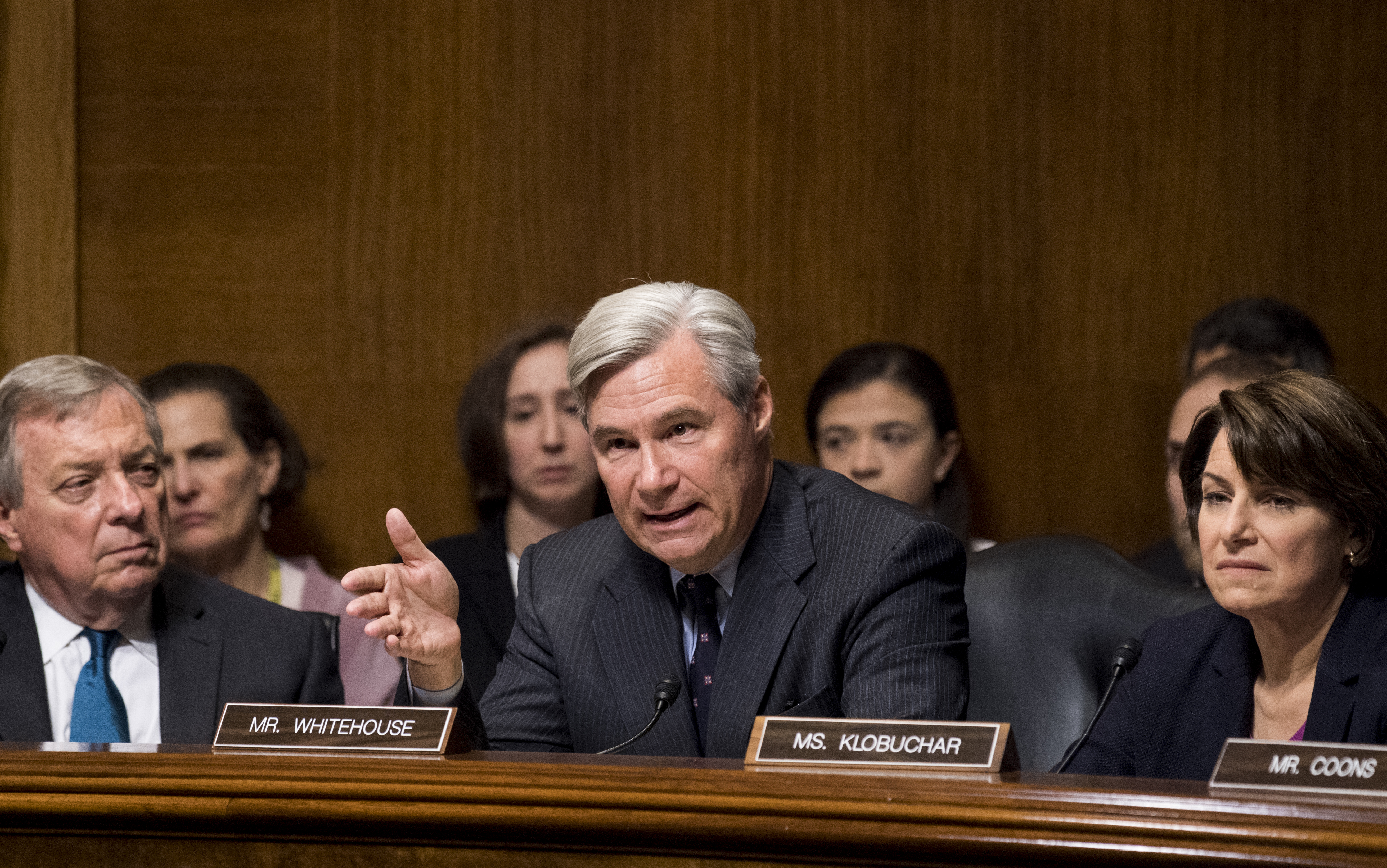 Thursday’s letter said Whitehouse’s pointed critique is a threat to judicial independence and the integrity of the courts.

“Democrats in Congress, and on the presidential campaign trail, have peddled plans to pack this Court with more justices in order to further their radical legislative agenda,” the GOP letter reads. “It’s one thing for politicians to peddle these ideas in Tweets or on the stump. But the Democrats’ amicus brief demonstrates that their court-packing plans are more than mere pandering. They are a direct, immediate threat to the independence of the judiciary and the rights of all Americans.”

The letter does not take a position on the mootness issue, or on the merits of the case itself.

For his part, Whitehouse has defended the filing, telling the Washington Post that the Court must protect its reputation as it approaches a docket heavy on politically salient disputes like gay rights in the workplace and the president’s power to terminate the Deferred Action for Childhood Arrivals (DACA) program.

“In the same way that you might warn somebody walking out on thin ice — ‘Hey, the ice is thin out there, you want to be careful, maybe you want to come in’ — I think that was the motivation for filing this brief,” the senator said.

Judicial Watch, the conservative oversight group, filed an ethics complaint against Whitehouse with a Rhode Island disciplinary panel on Aug 19.

Even if the justices ultimately dismiss the Association’s lawsuit, they will still have to navigate several pressing Second Amendment cases. Gun rights groups including the National Rifle Association (NRA) are urging the Court to hear challenges to “good cause” permitting laws in Massachusetts and New Jersey. Those states require applicants to show a “justifiable need” for concealed carry licenses.

Gun manufacturer Remington Arms Company is also asking the Supreme Court to throw out a lawsuit arising from the 2012 Sandy Hook massacre. The plaintiffs — relatives of the victims — allege the gun giant used unfair trade practices to market the weapon used to perpetrate the massacre.