U.S. Space Command was originally decommissioned in 2002, but is now being revived to meet the evolving threats of America’s global adversaries. President Trump first floated the idea of Space Force in 2018, which calls for an entirely new military branch devoted to combat beyond Earth’s atmosphere, but the plan requires Congressional approval.

“As the newest combatant command, SpaceCom will defend Americas vital interests in space, the next war-fighting domain,” Trump said, flanked in the Rose Garden by Vice President Mike Pence and various military officials. “Our adversaries are weaponizing Earth’s orbits with new technology, targeting American satellites that are critical to both battlefield operations and our way of life at home.” 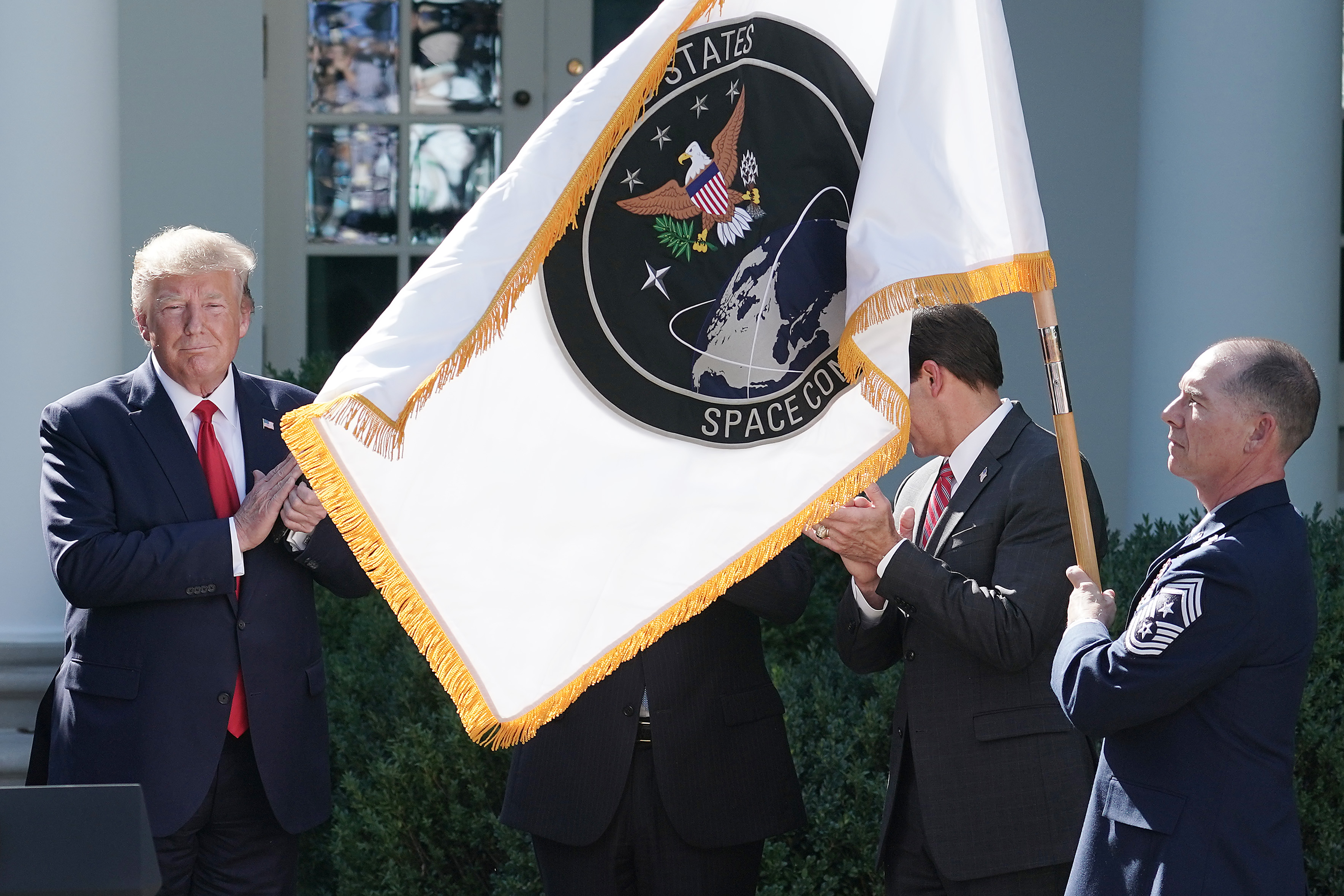 WASHINGTON, DC – AUGUST 29: U.S. President Donald Trump (L) applauds as the flag for the new the U.S. Space Command is revealed in the Rose Garden at the White House August 29, 2019 in Washington, DC. Citing potential threats from China and Russia and the nation’s reliance on satellites for defense operations, Trump said the U.S. needs to launch a ‘space force.’ U.S. Air Force Gen. John Raymond will serve as the first head of Space Command, which will have 87 active units handling operations such as missile warning, satellite surveillance, space control and space support. (Photo by Chip Somodevilla/Getty Images)

“We are the best in the world at space today, [but] our level of superiority is diminishing,” he said. “Space will not be an Achilles’ heel.”

The revived agency will have a closer relationship with the space agencies of global allies as well as the U.S. intelligence community, according to FP. (RELATED: Pence Explains How Space Force Will Work)

“I think the fact that we’re having a national debate on space is really healthy. Really healthy,” Air Force Chief of Staff Gen. David Goldfein said when the President pushed Space Force. “We’re the best in the world at space, and our adversaries know it, and they’ve been studying us and investing in ways to take away that capability in crisis or conflict. That, to me, is the problem statement, and we as a nation cannot let that happen.”