Editor’s note: What follows is the second of a two-part series of adapted excerpts from decorated veteran and conservative writer James Hasson’s new book Stand Down: How Social Justice Warriors Are Sabotaging America’s Military (Here at Barnes and Noble). The first part covers the intense training required for most Ranger candidates, and how that training was blunted internally by bureaucrats and military officials with an agenda. The second part covers the military’s response when news began to leak, and how they tried to cover up their malfeasance.

The impetus for Susan Katz Keating’s bombshell story in People diagramming the concerns from Ranger Instructors (RIs) about watering down of course requirements for women was a letter sent by a member of the House Armed Services Committee, Congressman Steve Russell of Oklahoma, to Army Secretary John McHugh. 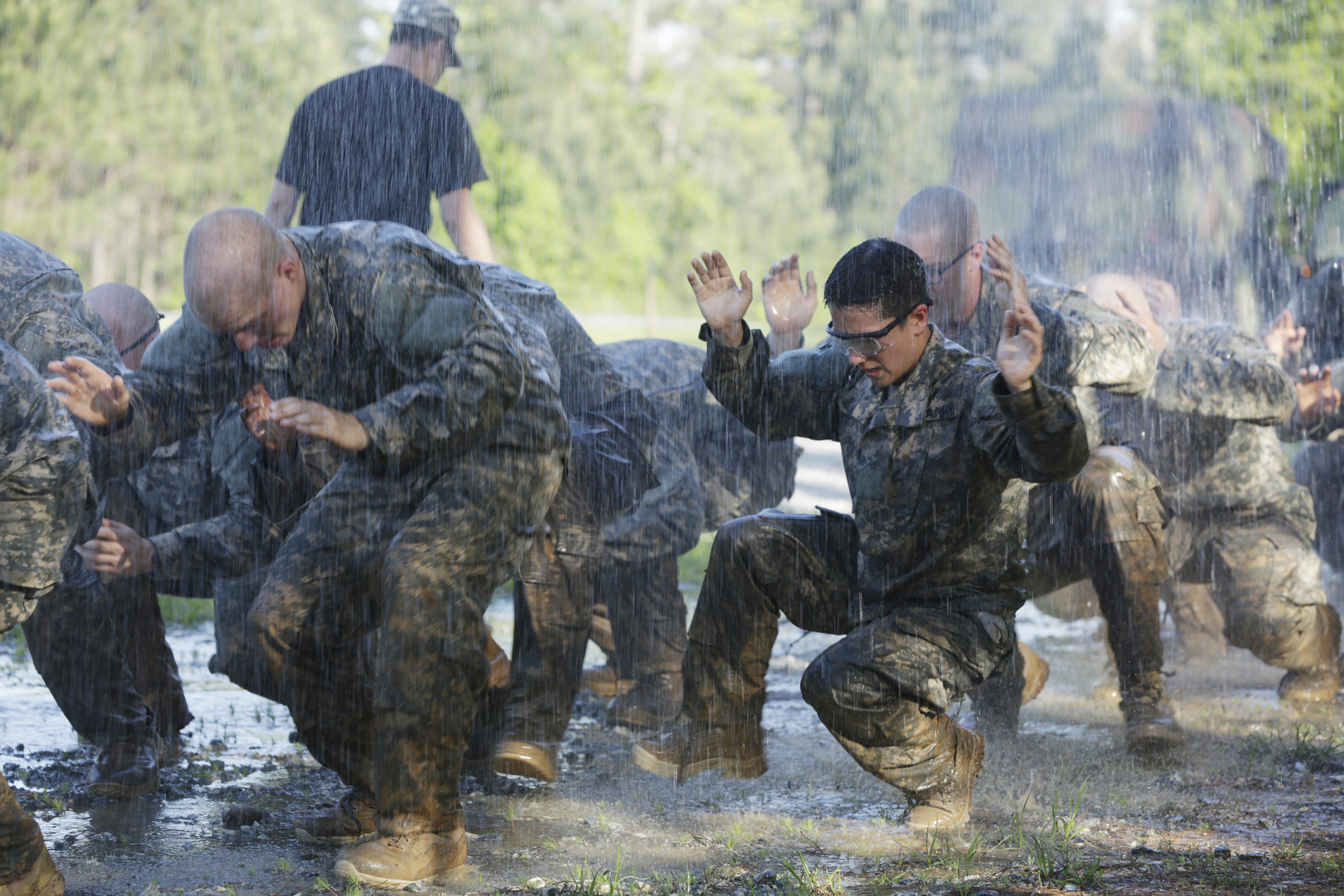 U.S. Army Soldiers take part in the Ranger Course on Fort Benning, Georgia, April 21, 2015. When two women completed the daunting U.S. Army Ranger school this week they helped end questions about whether women can serve as combat leaders, as the Pentagon is poised to open new roles, including elite Navy SEALs, to women in coming months.

Russell was a highly-decorated infantry lieutenant colonel and Ranger School graduate who had a distinguished career of more than twenty years in the Army (including commanding a battalion that played a central role in capturing Saddam Hussein) before retiring and becoming a member of Congress. Russell’s letter asked the Army to provide all internal Ranger School documents related to the female candidates’ training and assessment, including “test scores, evaluations, injuries, pre-training and more.”

Russell had spoken to several RIs who told him one story—that standards had been lowered and senior Ranger Training Brigade officials had unduly influenced the outcome of the course—while the Army was telling him another—that everything was the same as always. “The training of our combat warriors is paramount to our national defense,” Russell wrote to Secretary of the Army John McHugh. “In order to ensure that the Army retains its ability to defend the nation, we must ensure that our readiness is not sacrificed.”  (It’s worth noting that Russell also went out of his way to emphasize in his public statements that he did not, and would not, question the abilities or records of any of the individual candidates themselves. His concern was solely about the possibility that officials with their own agendas had improperly influenced the course and about the effects their actions would have on the Army.) 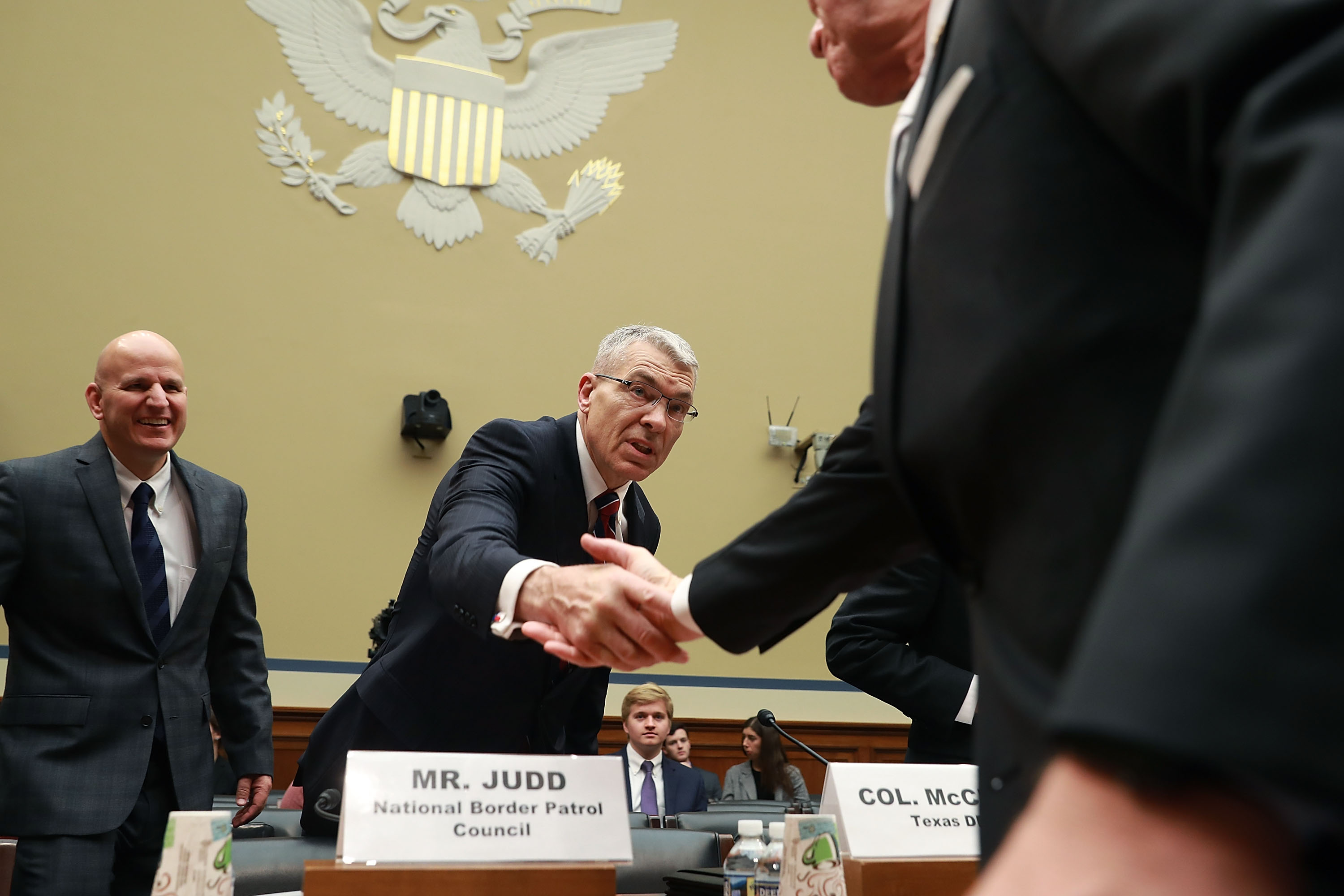 McHugh’s office responded to Russell’s letter one day before the due date and asked for additional time to complete his request. Nine days after that, Army officials informed Russell that nearly all of the training records (including, presumably, the observation report reproduced above) had been destroyed. (RELATED: Army Wants To Hire Women As Advisers For Ranger School)

The only documents preserved were the candidates’ “green cards”—four-by-six-inch cards containing a thumbnail sketch of their time at the course and listing their graduation status. Although it is standard practice eventually to dispose of peer evaluations and patrol observation reports and to preserve only the green cards, it is unclear whether those documents had already been destroyed when Congressman Russell asked for them (only weeks after the course ended) or if they were shredded after his request. Rep. Russell sent a second letter to McHugh after the Army’s response, informing the secretary that he was “somewhat puzzled by the Army officials informing me that many of the documents I am requesting might not be delivered as they may have been shredded.”

The Army’s request for additional time to respond to Russell’s request is curious, since the documents in question were readily identifiable and would have been meticulously filed until erased. In other words, they were the type of records that officials should have had no difficulty locating within a day, much less three weeks. Multiple RIs made that point independently and without prompting during my conversations with them. Moreover, the initiative of several RIs to preserve copies of these records and to keep them for several years afterward suggests that they were worried about the integrity of the process and feared that it was being manipulated on behalf of a political agenda. They wanted to have the evidence, if asked. 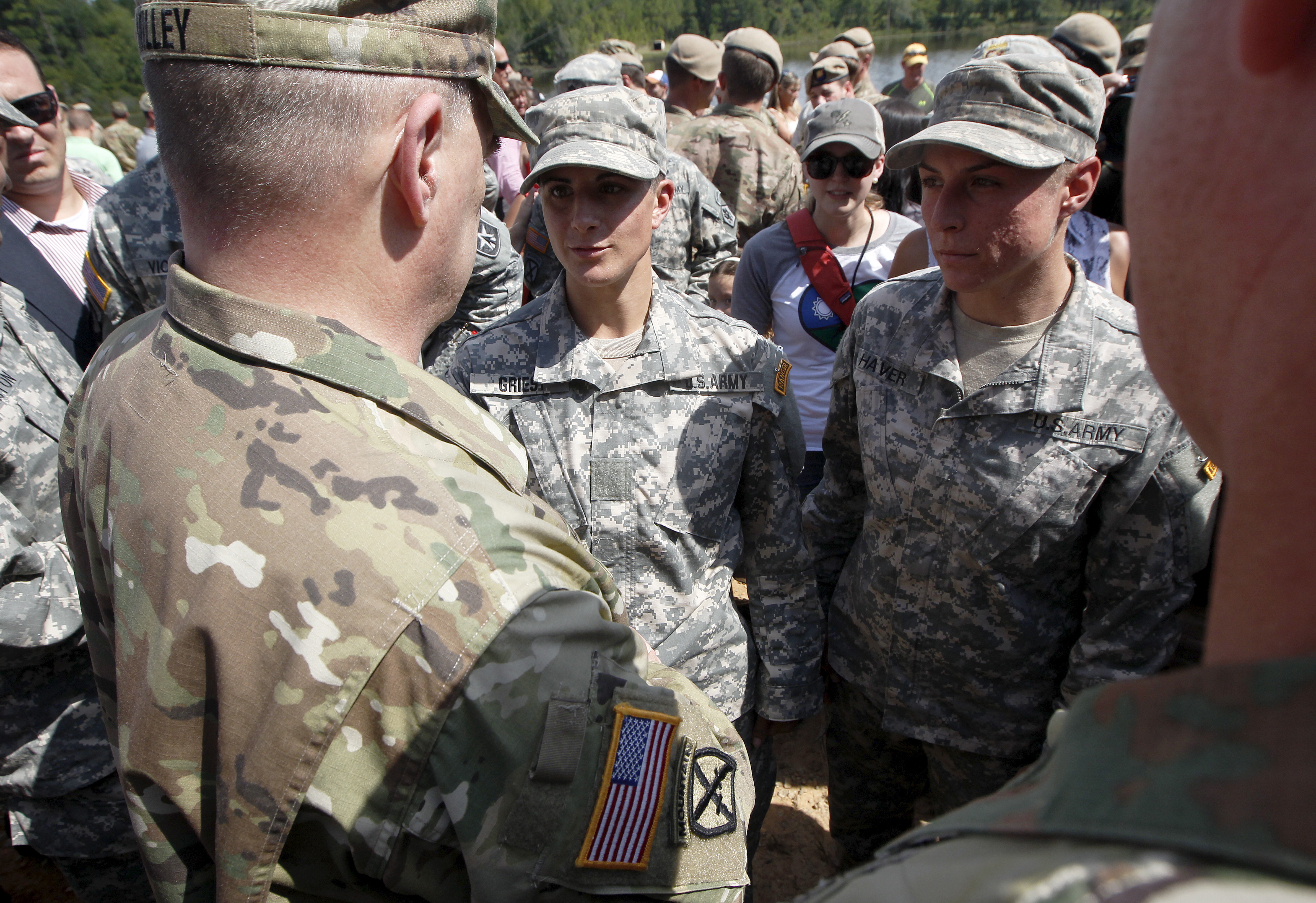 One would think that concerns expressed by a member of Congress serving on both the House Armed Services Committee and the House Oversight Committee—a highly decorated career military officer no less—about potentially serious integrity violations and reduced training standards at one of the military’s premier courses would prompt significant inquiries and be treated with the level of gravity they deserve. But that is not how the Army leadership responded. Army officials sent Russell an “information paper” providing a sampling of some records and an analysis of those records, but never turned over any of the specific documents he requested.  (And in a meeting with Army senior uniformed leaders, the officers demanded to know Russell’s sources and even suggested that his only source was a retiree. Russell’s sources, in fact, were both officers and enlisted soldiers from every phase of the course.)

Russell stated that John McHugh and his staff “slow walked” the process to simply run the clock out on any potential investigation. McHugh put off meeting with Russell for months—with his staff saying he was tied up in other matters and stonewalling all of Russell’s requests—before finally sitting down to discuss the issue a single time.

A congressional source with direct knowledge of the situation told me that Rep. Russell repeatedly demanded a meeting to discuss the evidence that whistleblowers provided—even questioning on what basis a refusal to meet with a member of Congress was in order—but received little to no meaningful response from the secretary of the Army and his staff. 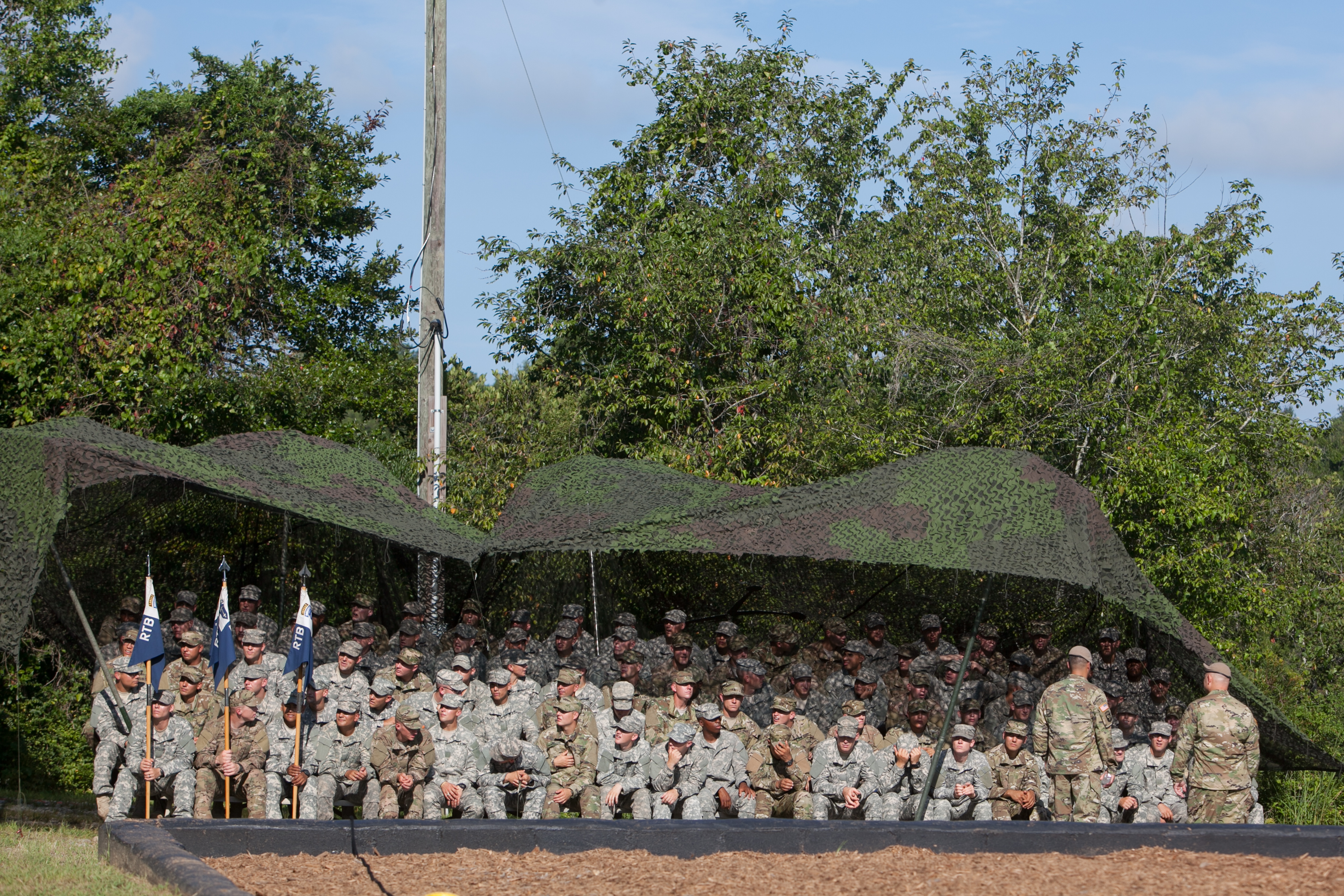 When McHugh finally did meet with Russell, he was preparing to leave the administration and was literally placing his personal effects in boxes both before and after the meeting.

After McHugh was replaced by an even more politically-driven appointee, Eric Fanning, it became clear that the issue was going nowhere with the Army’s senior civilian leadership.

At best, it appears that McHugh and company were simply uninterested in finding out whether the allegations the RIs brought to Russell were true; they got the result they desired, and that was what mattered, the integrity of the course—and fairness to any future female candidates whose potential success would now be met with skepticism—be damned.

Keating told me that as the controversy heated up, her RI sources, concerned that their careers were in jeopardy, became increasingly fearful—even paranoid—about communicating with her, and a few even started to believe that their phones were tapped. Most stopped answering her calls. They had good reason to be worried. At least two qualified and decorated RIs were reportedly subjected to what amounted to potentially career-crippling disciplinary action for “publicly” describing details about the female candidates’ performance in a private Facebook group limited to fellow instructors.

The Ranger School leadership responded to the discussions on the Facebook group by putting all records relating to the female candidates “under lock and key,” available only to senior leaders, according to an RI with direct knowledge. Keating’s description of the instructors’ fear of retaliation matches what I observed in my own (separate) sources. Until I earned their trust, nearly all of them communicated with me only through intermediaries. Even then, we developed fairly elaborate systems for sharing information. Whether all of our precautions were necessary I have no way of knowing,but the fear and intimidation I witnessed were eye-opening. The atmosphere was so stifling, in fact, that even some of my most forthcoming sources were astonished that one of their peers leaked a female candidate’s OR. “Whoever that dude is, he’s fearless,” one RI said. 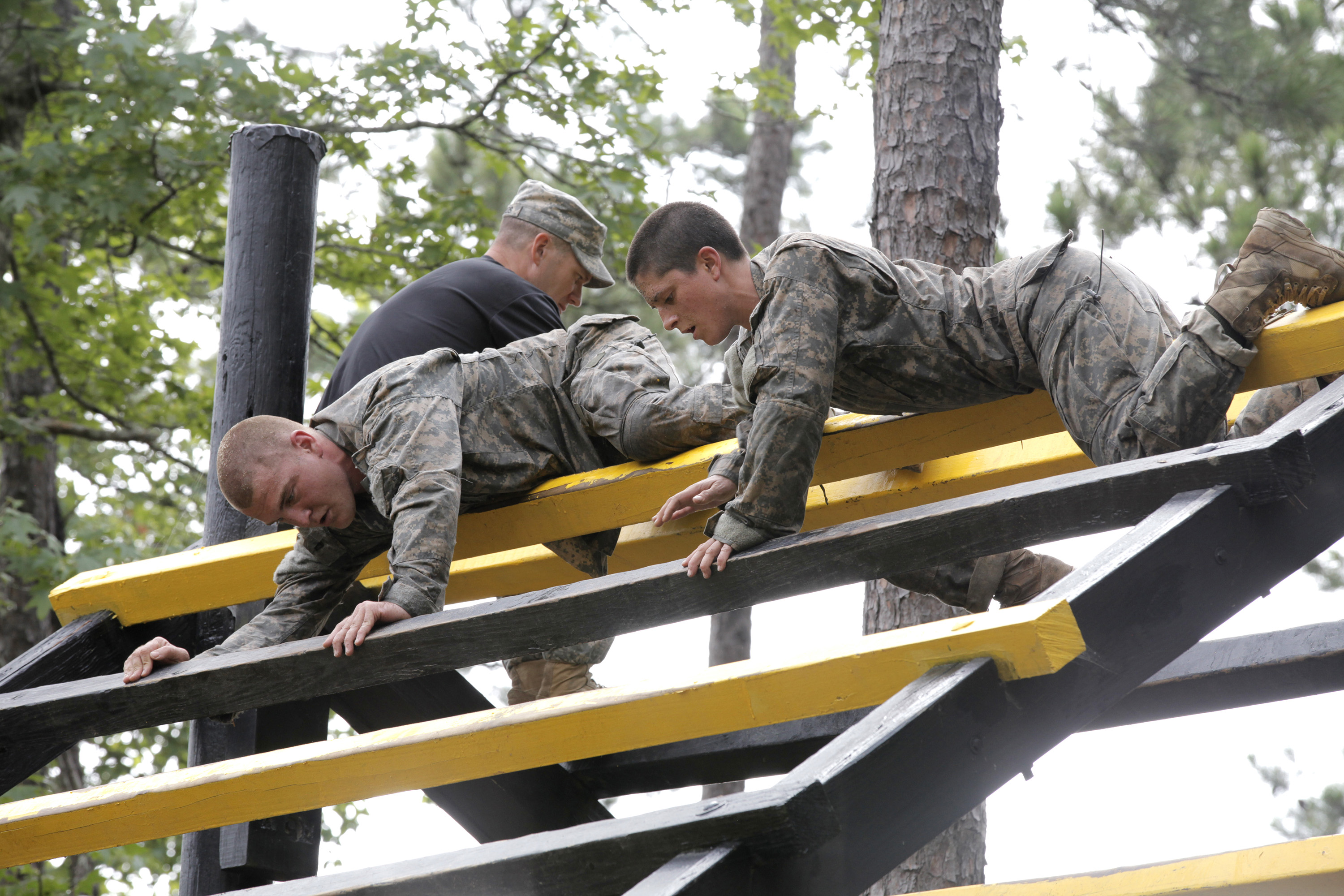 Captain Kristen Griest (R) participates in the Darby Queen obstacle course as part of the training at the Ranger Course on Ft. Benning Georgia, June 28, 2015.

After Keating’s story broke, senior Defense Department officials and Army leaders asked her to disclose her sources. Keating refused. The Army then invited Keating to a meeting with senior leaders throughout the Ranger School chain of command, including Colonel David Fivecoat, the commander of the Ranger Training Brigade. The assembled leaders told Keating that her sources needed to identify themselves if their concerns were genuine, promising that they would suffer no recrimination. The RIs’ careers were on the line, of course, and no one was willing to bet on the chain of command keeping its word.

Indeed, because of the need to protect the dedicated career professionals involved, some of the specific allegations of misconduct were never even discussed publicly. There is evidence that certain records were altered to remove information that would be inconsistent with one of the candidates’ successful completion of the course overall, for example, but details of those records are too sensitive to describe in further detail without jeopardizing sources’ anonymity. I reached out to both Susan Keating and Congressman Russell, and both confirmed that they were aware of that evidence when the controversy first erupted but chose not to publicize it, due to their respective obligations of confidentiality to their sources.

Fivecoat drew intense criticism from former instructors and graduates of Ranger School after the first female candidates graduated. His critics speculated that he had watered down parts of the course to gain the favor of the Pentagon and White House officials who would deter-mine whether he “got a star” (i.e., a promotion to brigadier general).

Several of my sources voiced similar beliefs. Right up until he relinquished command in 2016, Fivecoat maintained that there had only been one standard for Ranger School and it had been met. He retired the following year.

James Hasson, a former captain in the U.S. Army, is a graduate of the University of Notre Dame and the University of Virginia School of Law. He graduated from U.S. Army Ranger School and received the Bronze Star Medal in Afghanistan. He has worked with members of Congress on military issues, appeared on media programs from Tucker Carlson Tonight to National Public Radio, and is a frequent contributor to The Washington Examiner, The Federalist, and other publications.