According to a complaint filed with the Federal Elections Commission (FEC), Omar illegally diverted funds from her congressional campaign to pay for travel for Tim Mynett, her alleged lover.

The Daily Caller asked the president about the allegations while he was leaving the White House to travel to Camp David.

“I think it’s terrible,” he responded. “I think those allegations are absolutely terrible.” 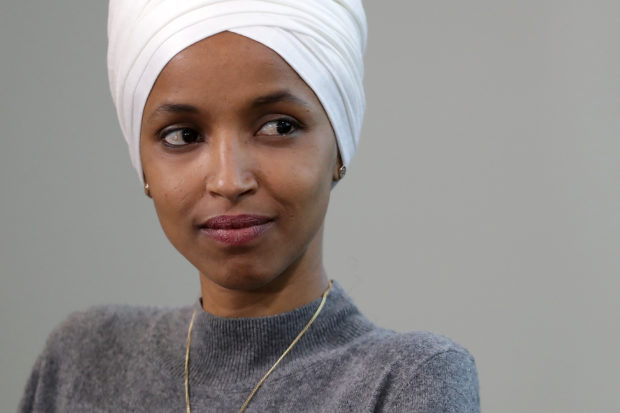 On April 7, Mynett allegedly told his wife that he was having an affair with Omar and was in love with her, according to his wife’s divorce filing.

“We believe Representative Ilhan Omar may have touched the third rail of campaign finance law: disbursing campaign funds for personal use. It’s a brazen act Representative Omar was caught doing before in Minnesota and all of the evidence we’ve seen tells us she’s probably doing it again,” National Legal and Policy Center (NLPC) investigator Tom Anderson said.

The alleged misuse of campaign funds by Omar has gone largely unreported in the press.