Supreme Court Justice Ruth Bader Ginsburg said her health is improving after a fourth bout with cancer Saturday, telling a friendly audience in Washington, D.C., that her work sustains her during difficult periods.

The Supreme Court announced Aug. 23 that the 86-year-old progressive icon was diagnosed with pancreatic cancer.

“This audience can see that I am alive,” Ginsburg said during a Saturday appearance at the National Book Festival in Washington, D.C. “And I’m on my way to being very well.”

The justice was present to discuss a volume of her writings published in 2016 called “My Own Words.” Mary Hartnett and Wendy Williams, the justice’s biographers, also joined Ginsburg on stage.

Saturday’s appearance was Ginsburg’s second public foray this week. The justice traveled to Buffalo, New York, on Monday, where she received an honorary degree from the University at Buffalo School of Law. In the coming days she will deliver a lecture at the University of Arkansas and visit the University of Chicago. (RELATED: Senate GOP Tells Justices Not To Be Intimidated By Court-Packing Threats) 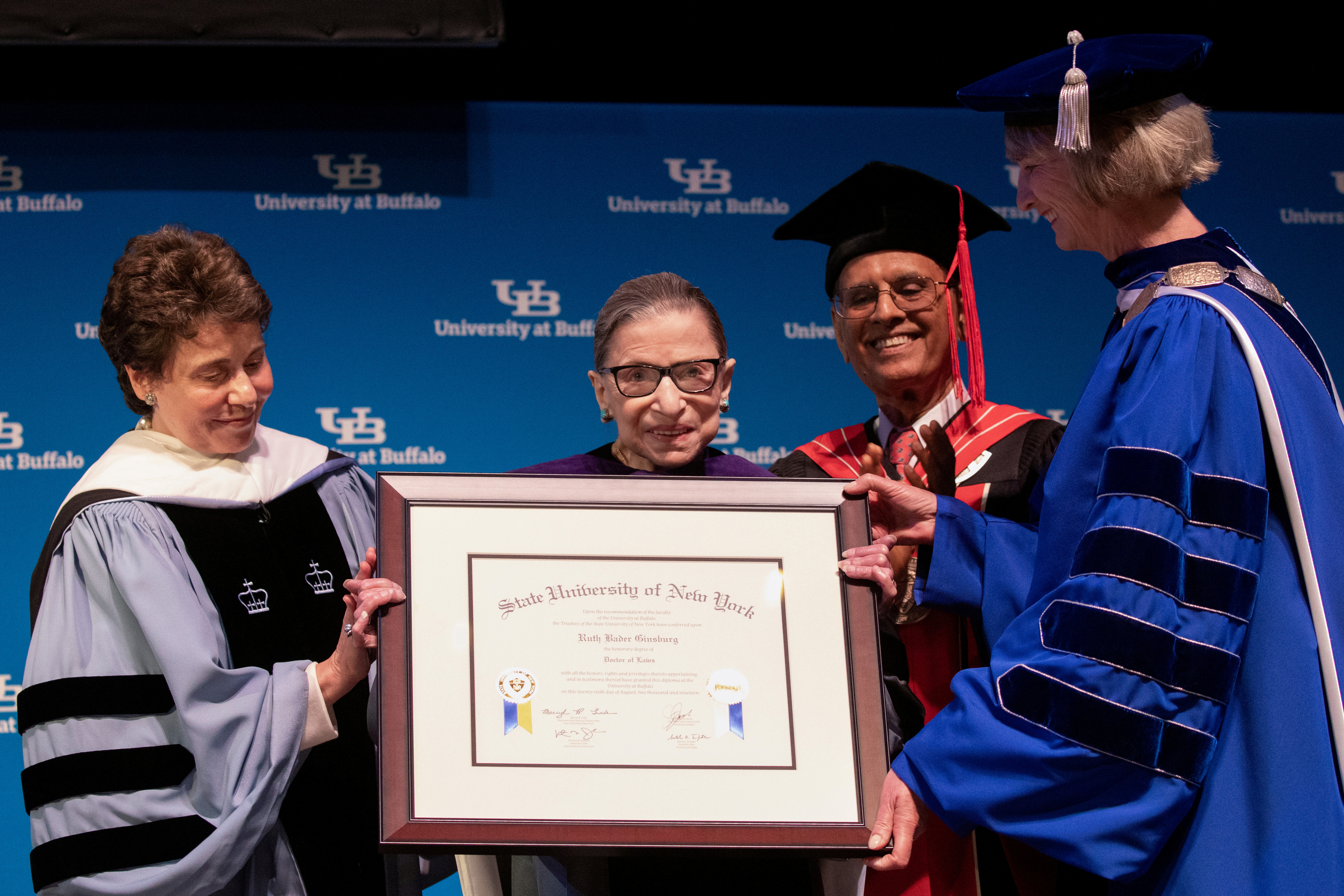 Justice Ruth Bader Ginsburg is presented with an honorary doctoral degree at the University at Buffalo School of Law on August 26, 2019. Reuters/Lindsay DeDario

Asked why she was keeping such an aggressive public schedule instead of resting, the justice promised to be in fighting form by the time the Supreme Court’s new term begins Oct. 7. The Court’s October cases are heavy on politically salient disputes, including a trio of cases that ask whether federal workplace discrimination laws cover LGBT employees.

“I will be prepared when the time comes,” she said at Saturday’s event. “I love my job. It’s the best and hardest job I’ve ever had. It’s kept me going through four cancer bouts.”