Hurricane Dorian turned into a Category 4 storm and is expected to make landfall in the Carolinas in the coming days, potentially missing Florida.

“There’s been a notable change overnight to the forecast of #Dorian after Tuesday,” the hurricane center tweeted Saturday morning. “It should be stressed that the new forecast track does not preclude Dorian making landfall on the Florida coast, as large portions of the coast remain in the track cone of uncertainty.”

The chances of “storm winds and life-threatening storm surge” is higher along the coasts of Georgia and South Carolina for the coming week, the hurricane center added.

Category 4 storms can bring winds of up to 145 mph, CNN reported.

Republican Florida Gov. Ron DeSantis warned Floridians on Saturday that the danger of the storm is still there. Parts of Florida are in a state of emergency as Dorian heads toward landfall. Broward County issued a mandatory evacuation beginning Sunday, DeSantis added. 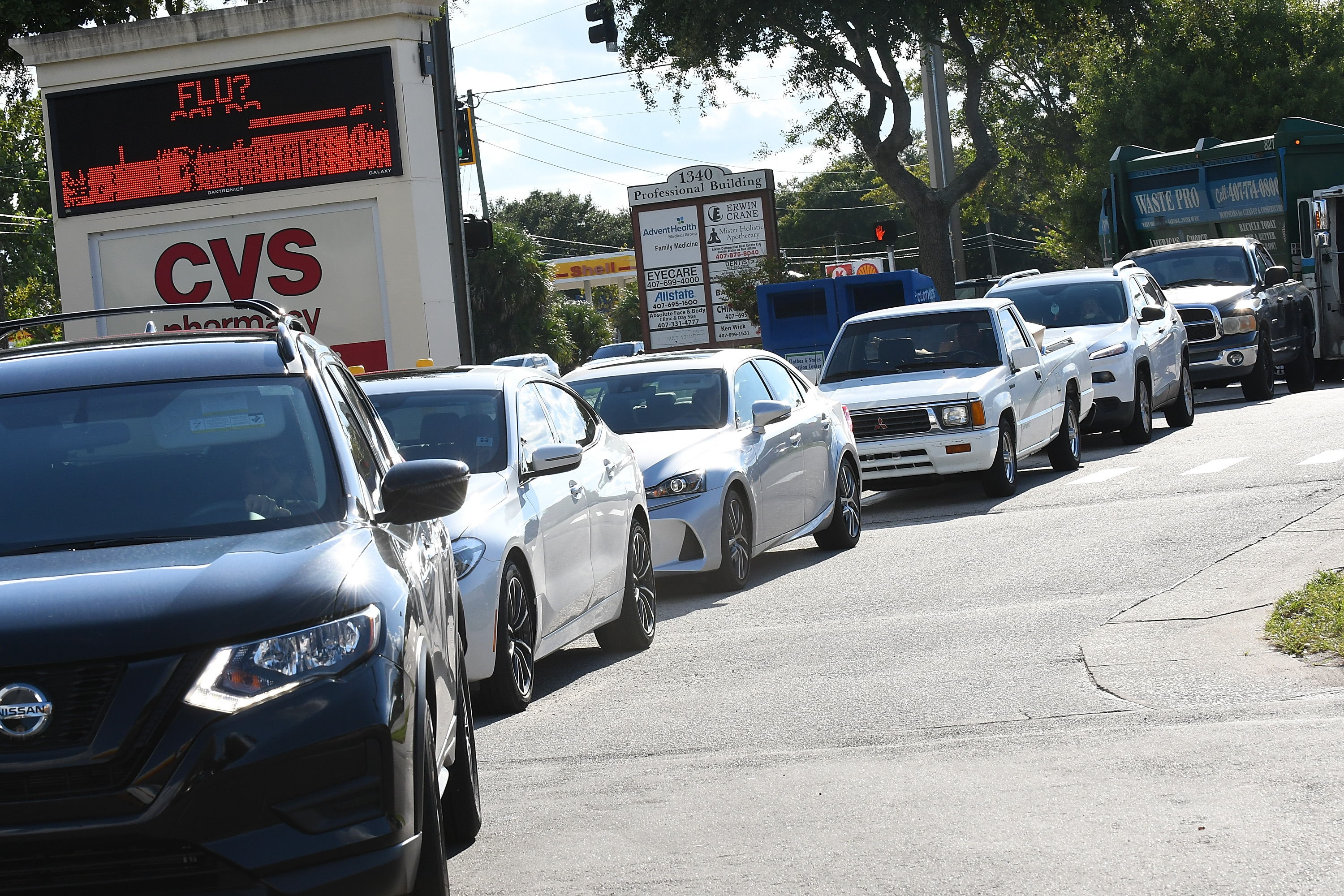 Residents wait in line to get gas in preparation for Hurricane Dorian on August 29, 2019 in Winter Springs, Florida. (Gerardo Mora/Getty Images)

“We were thinking about Florida evacuations, but it’s a little bit too soon,” Trump said, according to NBC News. “We’ll probably have to make that determination on Sunday.”

Parts of the southeastern coast in the U.S. could get 6 to 12 inches of rain, and other areas could get up to 18 inches.