Democratic West Virginia Sen. Joe Manchin announced Tuesday he would stay in the Senate instead of running for governor in his home state in 2020 after continued rumors that he was eyeing the job.

Manchin told The Hill in June that he was unhappy with the the productivity in the Senate, adding “I haven’t been happy since I’ve been here. I’ve always thought there was more we can do. It’s the greatest body in the world, so much good could be done.”

Manchin won reelection in 2018 and will not forgo serving his full term to take on Republican Gov. Jim Justice, who is up for reelection in 2020. Justice has already hired current and former Trump staffers to lead his 2020 re-election campaign, according to Fox News.

“Anyone who knows me, knows that I am most proud of two things – my family and the State of West Virginia. Our state is patriotic, strong, and independent, which are characteristics I have always promoted during my time in public service,” Manchin said in a statement Tuesday morning.

“When I first decided to run for elected office in 1982, it was after a conversation with my father. I told him I disagreed with the actions of an elected official. My father said, ‘If you do not agree with his approach, then get involved and change the dialogue.’ I did this by serving in the House of Delegates and the State Senate before my election as Secretary of State and then Governor of West Virginia – the best job I have ever had.”

Manchin has been known as a moderate Democrat while serving in Congress, often voting with Republicans, including support for President Donald Trump’s Supreme Court nominees, Neil Gorsuch and Brett Kavanaugh. (RELATED: Joe Manchin Is Reportedly Eyeing A New Job Amid Senate Frustration) 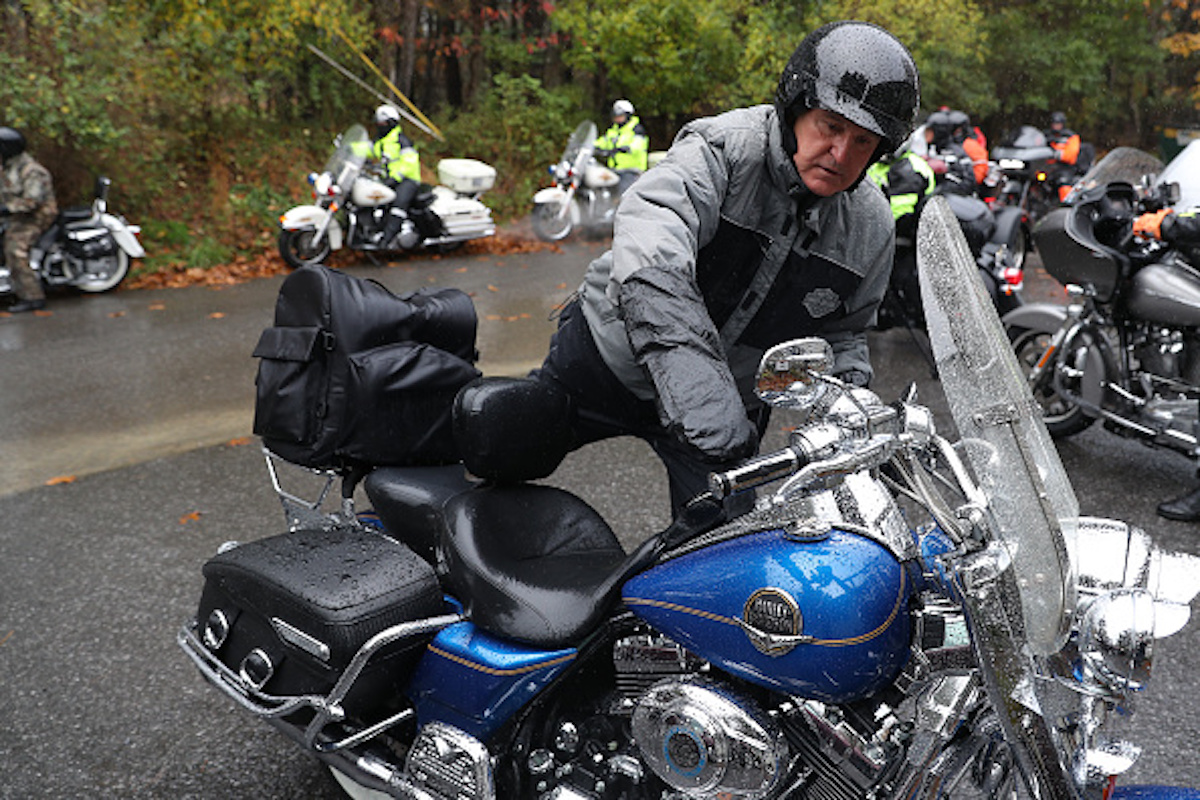 Sen. Joe Manchin gets onto his motorcycle as he campaigns ahead of midterm elections at the WRNR Radio on November 5, 2018 in Martinsburg, West Virginia. (Photo by Patrick Smith/Getty Images)