Former Catholic Cardinal Theodore McCarrick blamed conservatives in an interview with Slate for the dozens of “credible” accusations of sexual assault he has been accused of.

The 89-year-old defrocked McCarrick, who once socialized with popes, presidents and world leaders, currently resides in a small friary in Victoria, Kansas. He has not spoken publicly for over a year, according to Slate.

“I’m not as bad as they paint me,” McCarrick said in an interview with Slate’s Ruth Graham published Tuesday. “I do not believe that I did the things that they accused me of.”

The Congregation for the Doctrine of the Faith declared McCarrick guilty in February of “solicitation in the Sacrament of Confession, and sins against the Sixth Commandment with minors and with adults, with the aggravating factor of the abuse of power,” according to a Vatican statement. Pope Francis also defrocked him. (RELATED: Here’s What We Know About Cardinal McCarrick, Pope Francis And The Figueiredo Report)

McCarrick referred to “enemies” who fabricated accusations against him, including conservative Archbishop Carlo Maria Viganò. McCarrick said Viganò spoke out against him as “a representative of the far right.”

“I don’t want to say he’s a liar, but I think some of the bishops have said that he was not telling the truth,” McCarrick said. 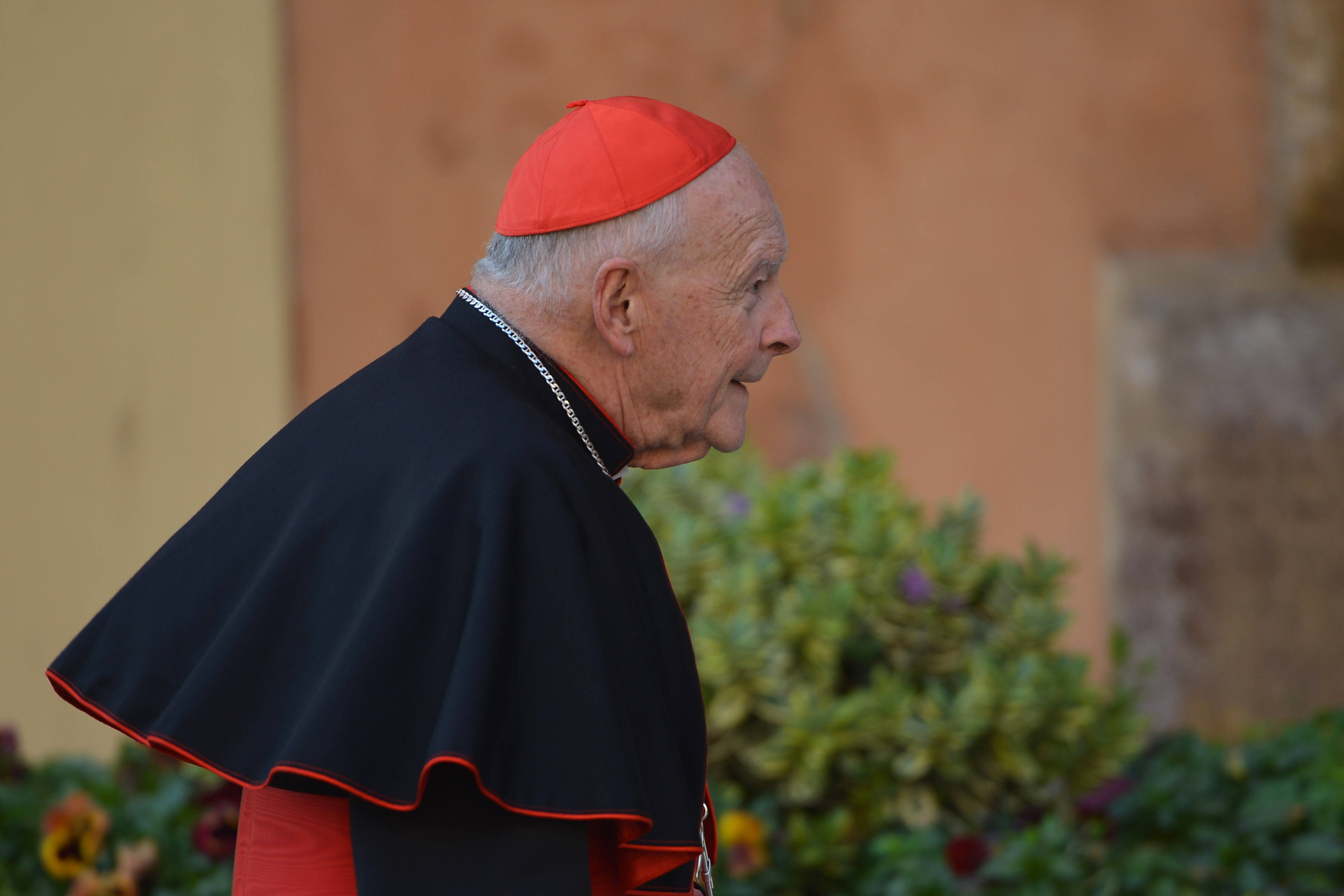 U.S. Cardinal Edgar Theodore McCarrick arrives for talks ahead of a conclave to elect a new pope on March 4, 2013 at the Vatican. (VINCENZO PINTO/AFP/Getty Images)

The ex-cardinal referred to the many stories from seminarians who accused McCarrick of sexually abusing them at his beach house in similar ways.

“I think that they were encouraged to do that,” McCarrick said. “There were many who were in that situation who never had any problems like that.”

He brought up James Grein, who accused McCarrick of groping him in confession.

Grein, 61, was the first child McCarrick baptized. He told church investigators in 2018 McCarrick abused him beginning when he was 11. These instances of sexual abuse allegedly occurred in the confessional, at family weddings and holiday celebrations. McCarrick often invited Grein to visit him, and Grein said he felt pressured to do so.

“The thing about the confession, it’s a horrible thing,” McCarrick said to Slate in August. “I was a priest for 60 years, and I would never have done anything like that. … That was horrible, to take the holy sacrament and to make it a sinful thing.”

Grein filed a lawsuit against the Archdiocese of New York in August.

“Father McCarrick’s claim that he did not sexually abuse James Grein in the confessional rings hollow given that McCarrick has shown himself to be a child molester without a conscience,” Mitchell Garabedian, Grein’s lawyer, said to Slate.