Dr. Fauci Jokes ‘Brad Pitt, Of Course’ Should Play Him On ‘SNL’

The shooting spanned 10 miles between Midland, Texas, and Odessa, Texas, killing both motorists and passersby ranging from 15 to 57 years old.

“Not only did the Odessa gunman have a criminal history … he also previously failed a gun purchase background check in Texas … [and] he didn’t go [through] a background check for the gun he used in Odessa. We must keep guns out of criminals’ hands,” Abbott, a Republican, tweeted Monday.

Not only did the Odessa gunman have a criminal history…

…& he didn’t go thru a background check for the gun he used in Odessa.

We must keep guns out of criminals’ hands. https://t.co/vgrqcHtBtF

Authorities arrested the shooter in 2001 for a misdemeanor offense that would not have ruined his chances of legally purchasing a gun, The Associated Press reported citing online court records.

Law enforcement is unsure how the shooter obtained the AR-style weapon he used Saturday. “There are no definite answers as to motive or reasons at this point,” Odessa Police Chief Michael Gerke said to reporters, The New York Times reported.

The 36-year-old gunman was also reportedly fired from his job at Journey Oilfield Services Saturday morning. Ator and the company made complaints to police that same day, USA Today reported. 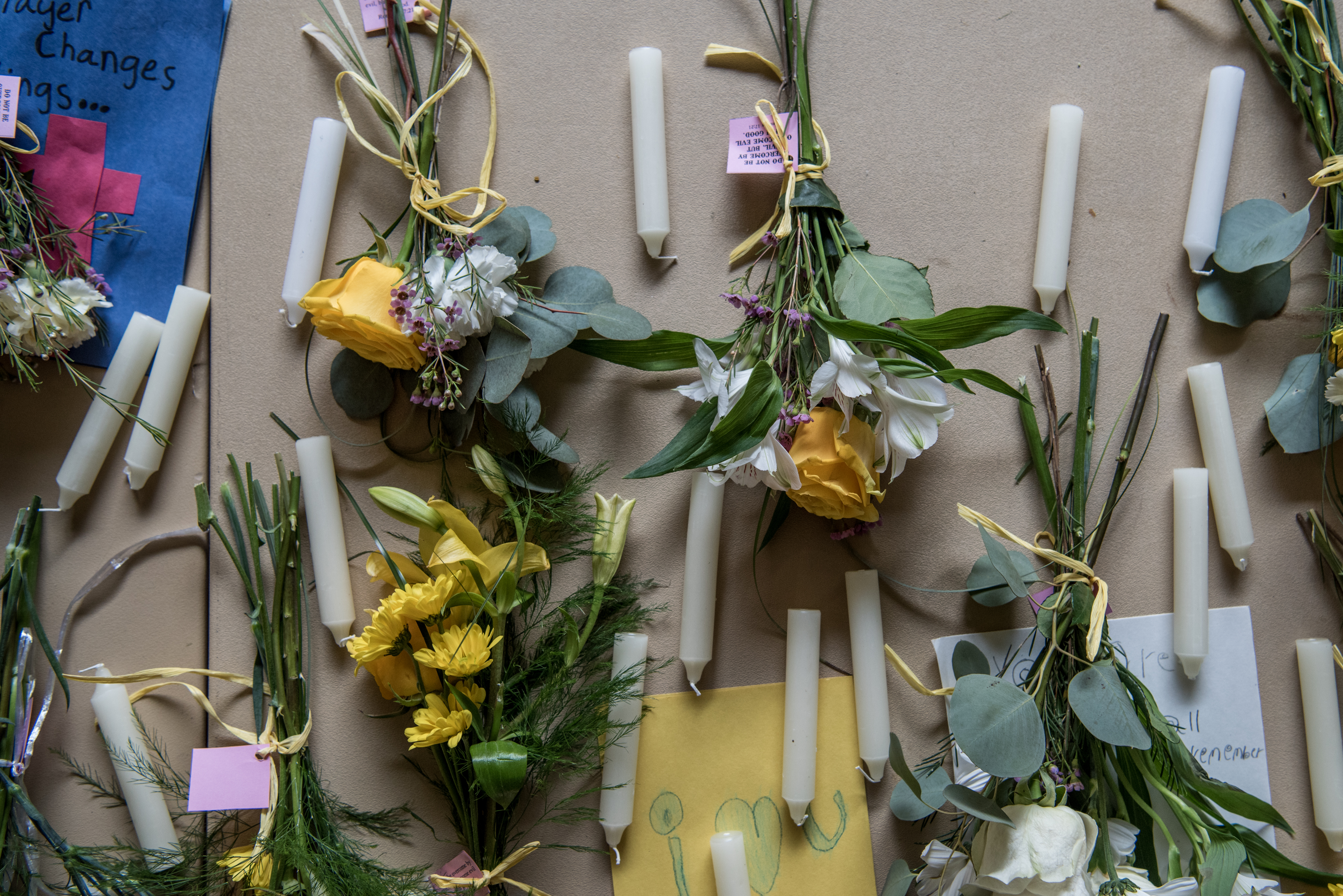 Small flower bouquets and candles provided by local Odessa residents are seen before a prayer vigil at the University of Texas of the Permian Basin (UTPB) for the victims of a mass shooting, Sept. 1, 2019 in Odessa, Texas. (Photo by Cengiz Yar/Getty Images)

The shooter also contacted the FBI and rambled over the phone about “some of the atrocities that he felt that he had gone through,” FBI Special Agent Christopher Combs said according to the AP.

“He was on a long spiral of going down. He didn’t wake up Saturday morning and go into his company, and then it happened,” Combs said. “He went to that company in trouble and had probably been in trouble for a while.”

The gunman’s neighbor, Rocio Gutierrez, also told the AP the gunman shot rabbits and other animals at night. (RELATED: ‘Someone Tried To Kill Me Today.’ Woman Recounts Harrowing Escape From Texas Shooting)

“We were afraid of him because you could tell what kind of person he was just by looking at him,” Gutierrez said. “He was not nice. He was not friendly. He was not polite.”

OPINION
1
EPSTEIN: It's Time For Some Clear Thinking About The Virus
Opinion
2
Mystery Footnotes From FISA Report Set For Declassification
US
3
'How About No': Congressman Rips Fauci's 'Papers, Please' Proposal
Politics
4
Bill Barr Says Evidence From Durham Probe Is 'Troubling,' Report Of Investigation Is 'Likely'
US
5
'Stop, Stop, Stop': Laura Ingraham Forced To Referee Spat Between Matt Gaetz And Chris Hahn
Politics