Newsom struck down the The California Posse Comitatus Act of 1872 that gave misdemeanor penalties for any “able bodied” individual over 18-years-old that declined to help an officer in distress. Residents in the Golden State can now walk away from an officer in need and face no penalty, The Sacramento Bee reported. 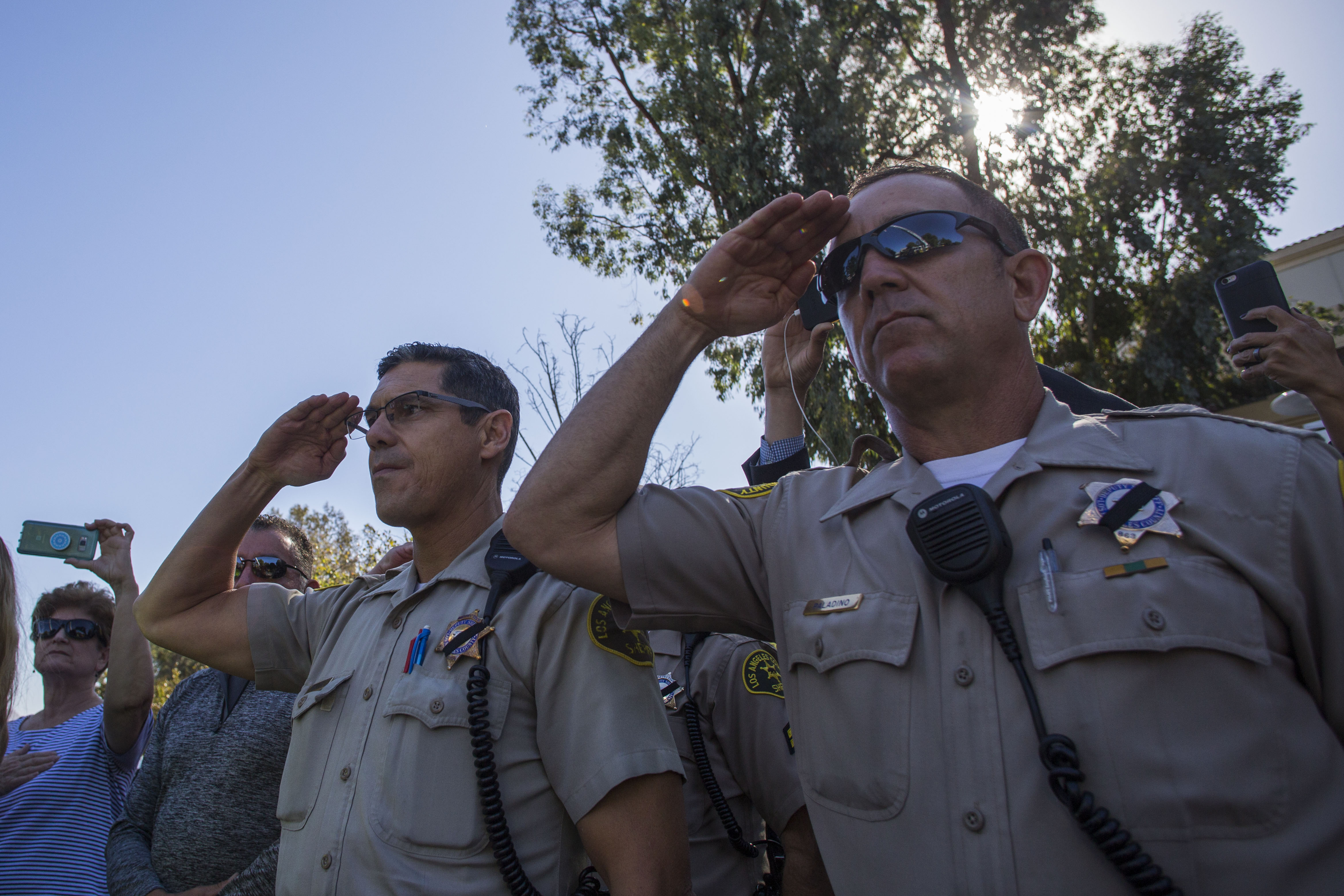 Police stand at attention as a motorcade carrying Ventura Country sheriff Sgt. Ron Helus, who was killed in a shooting at Borderline Bar the night before, passes by outside the Los Robles Medical Center in Thousands Oaks, California on November 8, 2018. – The gunman who killed 12 people in a crowded California country music bar has been identified as 28-year-old Ian David Long, a former Marine, the local sheriff said Thursday. The suspect, who was armed with a .45-caliber handgun, was found deceased at the Borderline Bar and Grill, the scene of the shooting in the city of Thousand Oaks northwest of downtown Los Angeles. (APU GOMES/AFP/Getty Images)

Democratic California State Sen. Bob Hertzberg called the 1872 law a “a vestige of a bygone era.” He also added that the act puts citizens in a “moral dilemma.”

“There are situations in which a peace officer might look to private persons for assistance in matters of emergency or risks to public safety and we are unconvinced that this statute should be repealed,” The California State Sheriff’s Association said in a statement.