Ginsburg made the remarks during a Clinton Foundation event at the University of Arkansas, before a friendly audience of some 15,000.

“I’ve had the experience with some men that they have a certain discomfort talking to a woman — [it] was not that way with President Clinton,” Ginsburg joked.

Clinton himself introduced Ginsburg at the event, saying she had far exceeded his expectations as a justice. The former president’s ties to Jeffrey Epstein have come under renewed scrutiny following Epstein’s July arrest for sex-trafficking — Clinton traveled to Africa, Asia and Europe aboard Epstein’s plane on multiple occasions during his post-presidency.

One Epstein accuser also placed Clinton on Little St. James Island, a notorious Caribbean hideaway for Epstein’s predations. The claim has not been corroborated, and Clinton has denied any knowledge of Epstein’s crimes.

The former president also paid out a $850,000 settlement to Paula Jones in 1998. Jones was an Arkansas state employee who accused Clinton of sexual harassment.

Elsewhere in the interview, Ginsburg discussed recent strains on her health, including a pancreatic cancer diagnosis. The justice completed a three-week course of outpatient radiation therapy at Memorial Sloan Kettering Cancer Center in New York City on Aug. 23. It was her second visit to Sloan Kettering in an eight-month period. Surgeons performed a pulmonary lobectomy to remove two cancerous nodules from her left lung in December 2018. (RELATED: ‘Someone Tried To Kill Me Today.’ Woman Recounts Harrowing Escape From Texas Shooting) 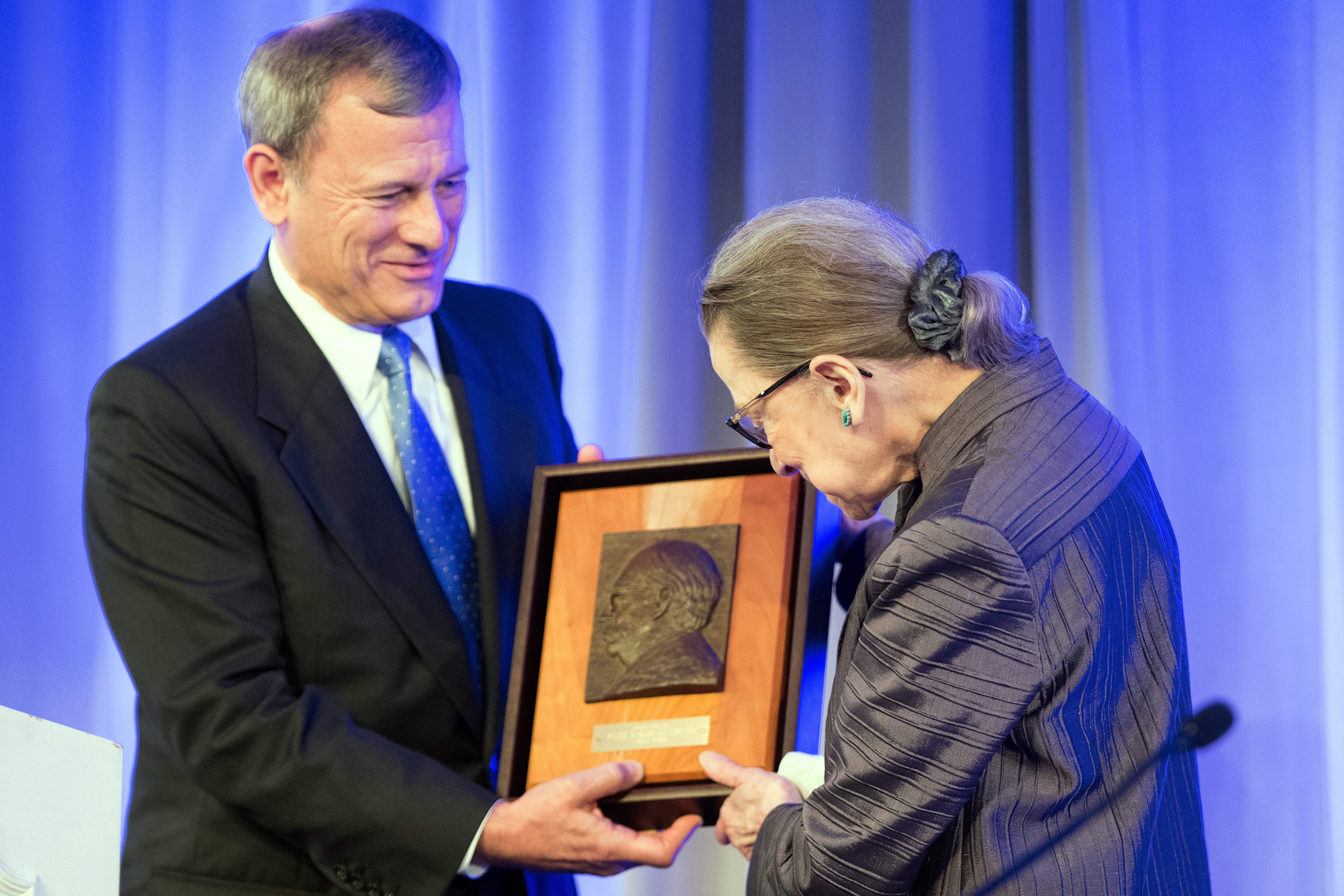 Though she completed her radiation treatment less than two weeks earlier, Ginsburg said she was eager to keep the date.

“I had promised the Clinton Library that I would be here,” Ginsburg said. “And I’m pleased to say that I am feeling very good tonight.”

“I think my work is what saved me because instead of dwelling on my physical discomforts,” Ginsburg added. “If I have an opinion to write or I have a brief to read, I know I’ve just got to get it done and so I have to get over it.”

All told, Ginsburg has managed four bouts of cancer during her tenure on the high court.

Despite the demanding treatment regiment, Ginsburg has kept a brisk public schedule. She accepted an honorary degree from the University at Buffalo School of Law on Aug. 26, and put in an appearance at the National Book Festival in Washington, D.C., Saturday to promote a volume of her writings and speeches called “My Own Words.”

The Supreme Court will return from its summer hiatus and begin hearing cases Oct. 7.