Former FBI deputy director and CNN analyst Andrew McCabe will be the keynote speaker at a Democratic Party fundraiser in Pennsylvania in September.

News of McCabe’s invitation to headline the Lancaster County Democrats’ annual fall banquet comes as the Justice Department considers whether to indict the 21-year FBI veteran for lying to the bureau about authorizing leaks to the media in October 2016.

Tickets to the September 21 event start at $80. Donors who spend $160 will be granted access to the “Speaker’s Circle Reception,” which includes a meet-and-greet and photo-op with McCabe. (RELATED: Report: Feds Close To Deciding Whether To Indict CNN Analyst Andrew McCabe)

McCabe’s involvement in the Democratic fundraising event was first reported by the Washington Free Beacon.

McCabe, who was hired by CNN as a law enforcement analyst in August, said he plans to discuss the firing of former FBI Director James Comey, Russian meddling in the 2016 elections, the Mueller report and his interactions with President Donald Trump during his 45-minute speech.

“Lest anyone thinks this will be a gloomy take on things, Mr. McCabe says he is sure there are brighter days ahead and will talk about why he feels this way,” the Lancaster Democratic party wrote in a blog post. “Please join us for what is sure to be one of the most interesting evenings we have ever had!”

Former Attorney General Jeff Sessions fired McCabe in March 2018 on the recommendation of the Justice Department Inspector General and the FBI Office of Professional Responsibility for displaying a “lack of candor” about his authorization of media leaks in October 2016. 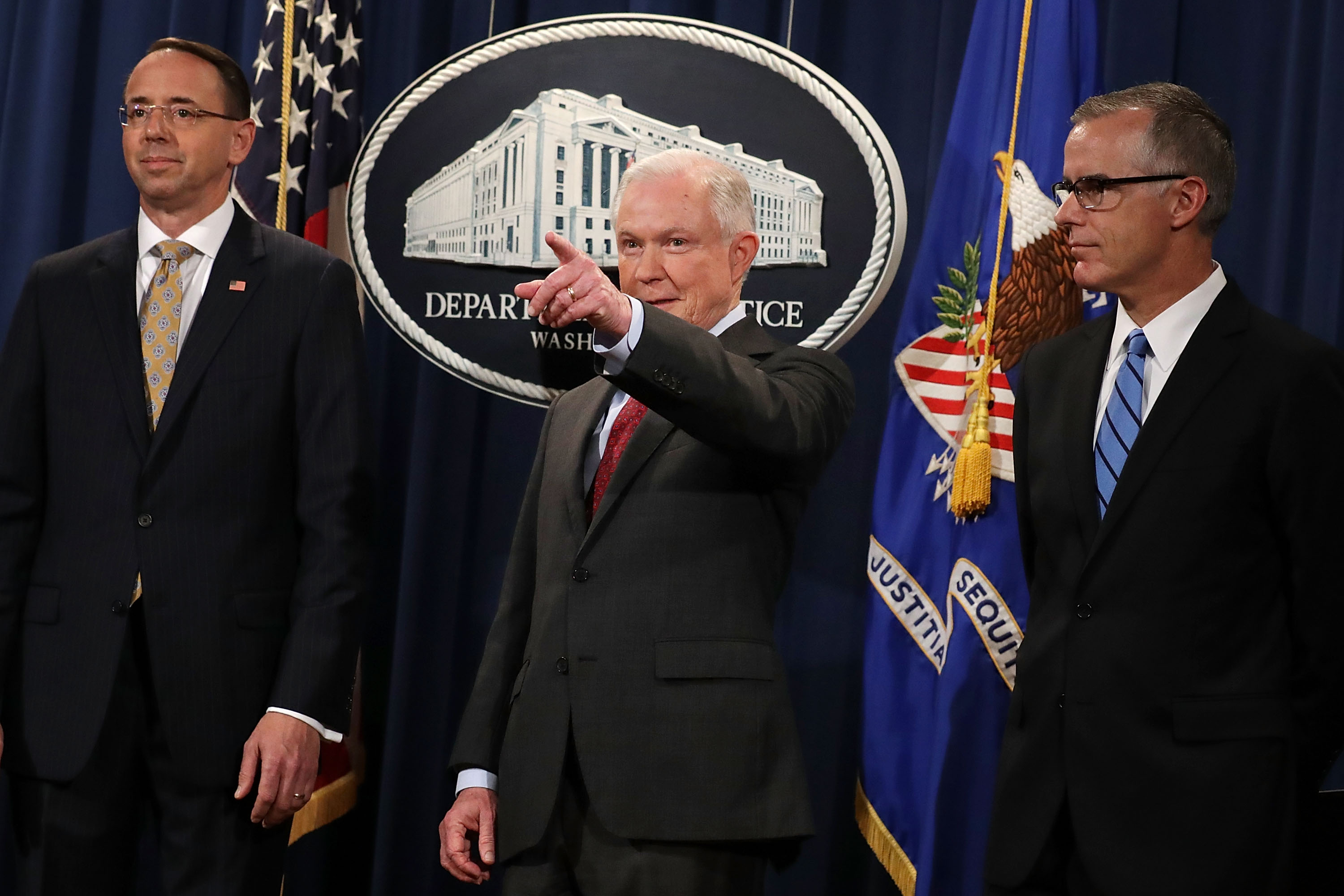 McCabe sued the Justice Department in August over his firing, accusing the department and the FBI did so due to political pressure from Trump.

“Trump purposefully and intentionally caused the unlawful actions of Defendants and other Executive Branch subordinates that led to Plaintiff’s demotion and purported termination,” McCabe said in his lawsuit.