As America reckons with the 400th anniversary of the slave trade, liberal activists across the country are demanding that Americans re-evaluate or disavow their history.

The next battleground is one of Washington D.C’s premier universities. Students at George Washington University last year voted to change its mascot from a “colonial,” arguing that the name is offensive and racist. And, recently the school acquiesced to the students’ demands, changing the name of the school’s student center from “Colonial Central” to the “Student Services Hub.”

It’s unlikely that students and other academic leftists will be satisfied by just changing the school’s mascot. The next logical step would be for the school (and maybe even the city) to change its name. After all, the nation’s first president owned slaves. (RELATED: New Poll Shows Millennials Think America ‘Racist’ And Obama More Important Than George Washington)

So, what should George Washington University be renamed? Here are 10 ideas they might consider.

1. Barack Obama University: Changing the school’s name from the first president to the 44th president would allow the university to tout itself as a beacon of progress, while enshrining the first black president’s name on the university would satisfy academia’s endless desire for diversity. Polls also show that millennials regard Obama as the greatest president of all time. The only protests would likely come from Che Guevara-loving college students who don’t see Obama as left wing enough. (RELATED: Democrats Are Trashing President Obama’s Legacy)

2. Karl Marx University: Few individuals are more influential in the world of academia than Karl Marx. In fact, more college professors openly identify as Marxists than conservatives at this point. Changing the school’s name to honor Marx would be the most honest thing any major university has done in years.

3. Fidel Castro University: Renaming the university to reflect the late communist leader would likely be popular among large segments of the student body, especially given Castro’s close relationship with Guevara.

4. Bernie Sanders University: The self-described democratic socialist is beloved on college campuses across the country because of his sweeping progressive proposals, particularly his proposal to cancel all student loan debt and make college tuition-free. (RELATED: REPORT: Bernie Sanders Was Investigated By FBI For Marxist Ties)

5. Margaret Sanger University: The founder of Planned Parenthood and devout feminist would likely be a popular replacement for Washington. The only problem could be her history of racism and eugenics, although progressives have never had much of a problem ignoring that in the past.

6. Ilhan Omar University: Omar has become a darling of the left in just a few months in Congress, and students would go bonkers at the opportunity to attend a school with her name on it. Omar is also a staunch critic of state of Israel, and given the popularity of anti-Israel organizations on campuses across the country, Omar would seem a perfect fit to replace the nation’s first president. (RELATED: Omar, Tlaib Share Cartoon From Prominent Anti-Semitic Cartoonist) 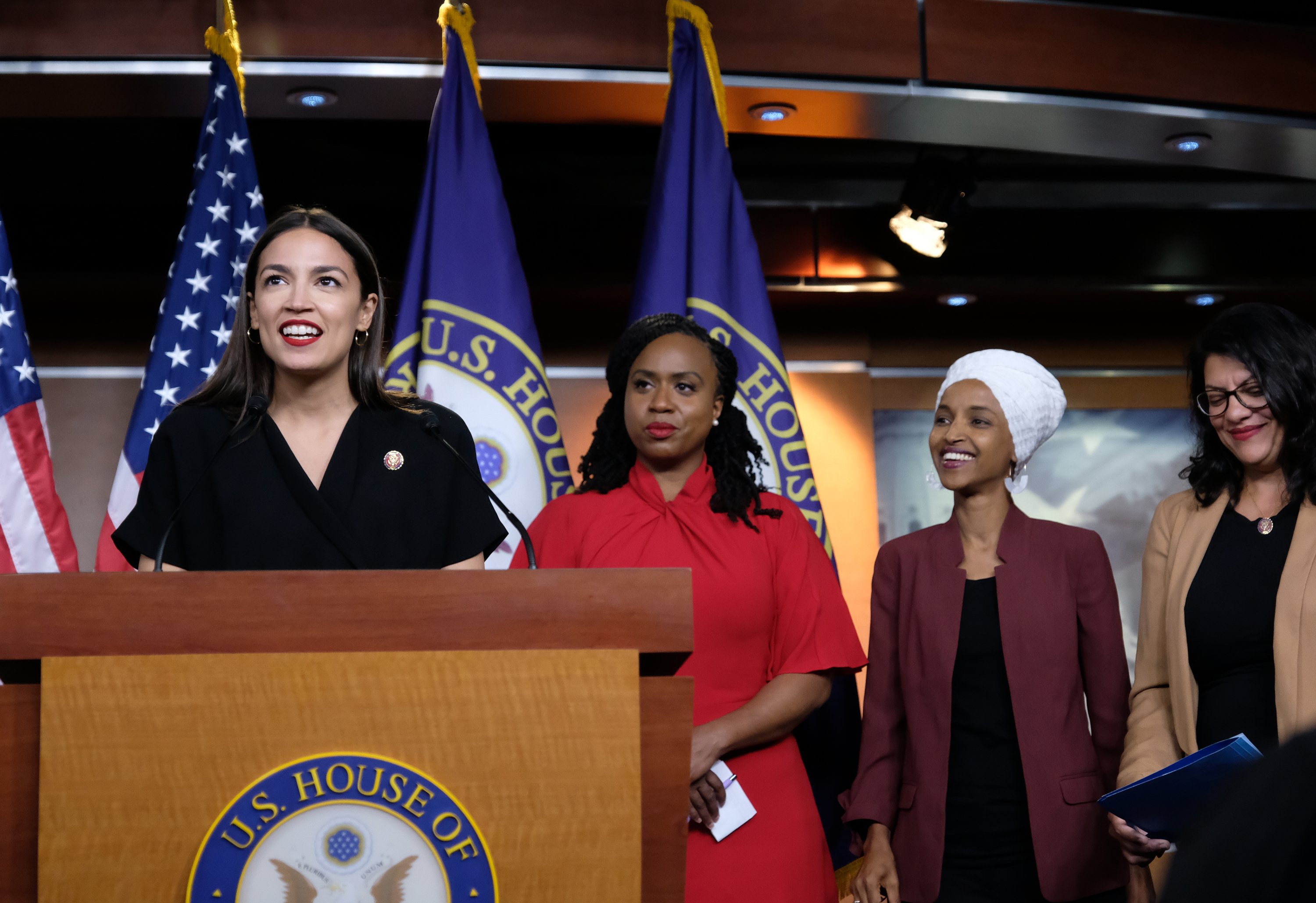 7. Melissa Click University: The former Missouri professor became a household name in 2015 when she bravely attacked a student journalist for daring to cover an on-campus protest. Putting Click’s name on the university would be a show of defiance as Click has become the poster-child for triggered left-wing college professors. What better way to tell conservatives to shove it than to rename the university after Click?

8. Ruth Bader Ginsburg University: The “Notorious RBG” is beloved by college students across the country, although her name may be better reserved for the law school. The 86-year-old liberal jurist has a cult following on the left, and would certainly satisfy the desires of campus feminists. (RELATED: Hollywood Elites Send ‘Get Well Soon’ Card To RBG)

9. Ta-Nehisi Coates University: The liberal author and Atlantic columnist has turned being a social justice warrior into a lucrative career, something many George Washington students would no doubt love to emulate. Coates has advocated for slavery reparations and has repeatedly criticized America as inherently racist. Coates adds intellectual heft to every social justice-loving college student’s dogmatic views and thus deserves his name on a major university.

10. Colin Kaepernick University: Kaepernick launched an entire movement in 2016 when he began kneeling for the national anthem before NFL games. The quarterback has also signaled support for communist figures such as Castro, while cashing in on American capitalism. Kaepernick has also been out of the league for nearly three years, with some pundits and players suggesting that Kaepernick is being blackballed by the league over his protests. This makes Kaepernick the perfect martyr for the social justice cause.

What do you think George Washington University’s new name should be?

Chime in with your thoughts in the comment section below.