Democratic presidential candidate, Andrew Yang, said that if Joe Biden was elected  he would take America “literally, backwards in time.”

During a CBS News interview clip released on Wednesday, Yang said he would be able to defeat Biden and pointed towards his polling with independents and Trump voters, as evidence he could win the general election if he was the Democratic nominee. The full interview is expected to be released on Thursday. (RELATED: Andrew Yang Wants To Take Over CNN’s Control Room) 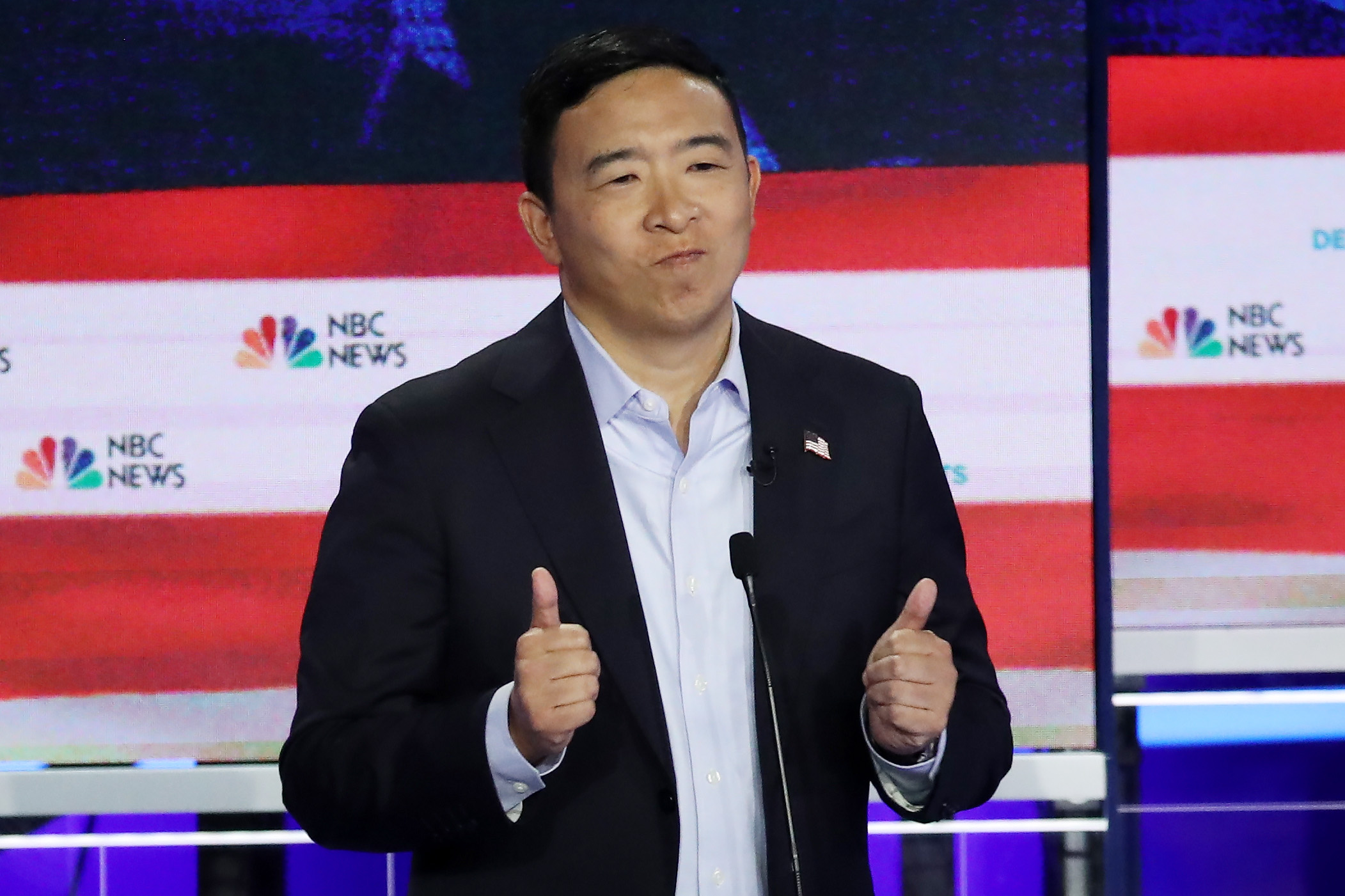 “I’m one of only two candidates in the field that 10 percent or more of Donald Trump voters say that they would support,” Yang said.”It’s because I’m focused on solving the problems that they see around them every day. And I’m laser-focused on trying to make their lives better. That’s why I’m getting thousands of Trump voters as well as independents and Libertarians and Democrats and progressives.”

He added, “If I’m the Democratic nominee, we win. That’s the math.”

Yang concluded that it won’t be long before we see him leading in the polls because of his appeal to Trump voters.

The former tech executive then proceeded to go after the former Vice President saying that Biden wants to take America back to the “Obama-Biden administration.”

“If you listen to Joe talk about it, his main argument is that his election is going to be a restoration of the Obama-Biden administration, in essence,” Yang said to CBS. “Which is a move, literally, backwards in time. And so to me, saying that we can somehow erase not just Donald Trump’s presidency, but all of the reasons why people voted for Donald Trump, to me is not correct.”

Currently, Yang has 2.6% of support among Democrats for the Presidential nomination, according to polling average from RealClearPolitics.