Facebook, Twitter, Google and Microsoft met with U.S. intelligence officials in Menlo Park, on Wednesday to discuss plans to avoid the spread of misinformation ahead of 2020.

The tech giants met with officials from the FBI, Office of the Director of National Intelligence (DNI), and Department of Homeland Security to explore ways to avoid security threats during the next presidential election, Reuters reported Wednesday.

“The purpose was to build on previous discussions and further strengthen strategic collaboration regarding the security of the 2020 U.S. state, federal, and presidential elections,” Facebook’s head of cybersecurity policy Nathaniel Gleicher said in a statement, according to Reuters.

New: Facebook, Google and Twitter are meeting at FB headquarters today with U.S. security officials to discuss the 2020 election and ways to prevent another 2016 disaster, source says

“Specifically, attendees talked about how industry and government could improve how we share information and coordinate our response to better detect and deter threats,” he continued.

A Twitter spokesperson said in a statement to Bloomberg, “We always welcome the opportunity to spend time with our peer companies and the government agencies tasked with protecting the integrity of the 2020 election. This is a joint effort in response to a shared threat, and we are committed to doing our part.”

“But technology is only part of the solution,” he added. (RELATED: Google To Pay $170 Million To Settle FTC YouTube Investigation) 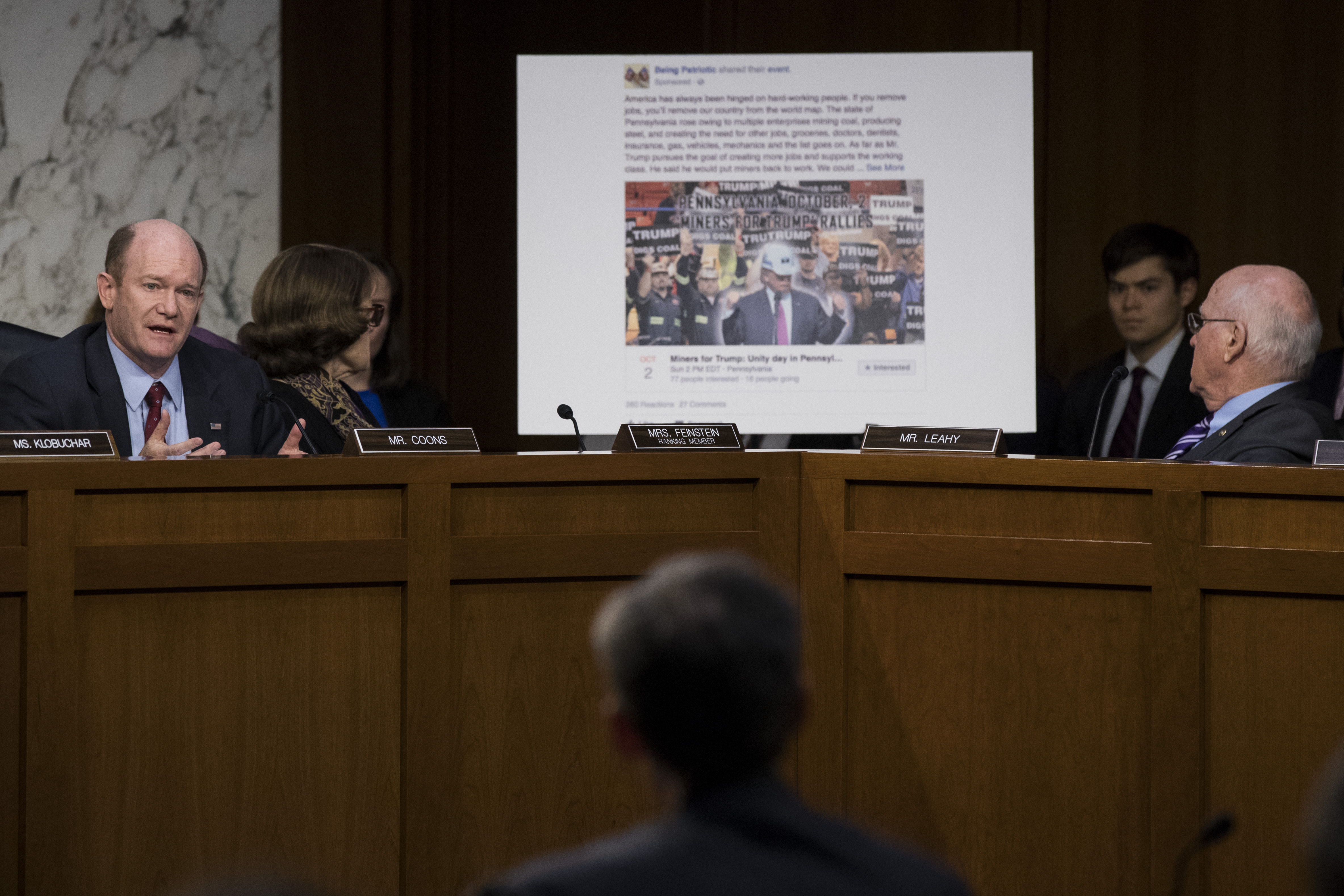 Facebook was heavily scrutinized after the 2016 election for not catching or stopping the spread of misinformation regarding various political topics by Russian bots posing as American users, pages or groups until after President Donald Trump was elected.

The tech giant also faced pressure after it was reported that Cambridge Analytica, the British data analytics company hired by the Trump campaign ahead of 2016, was harvesting the data of millions of Facebook users and providing that information to the campaign.

Facebook CEO Mark Zuckerberg testified in front of Congress in 2018 to address concerns over the company’s privacy policies and what it can do to prevent election interference and the exploitation of users’ personal information for political purposes.

Twitter reported on Aug. 19 that it caught 900 accounts that originated from within China that deliberately spread misinformation regarding pro-democracy protests that had been taking place in Hong Kong since June.