For the better part of two generations, conservatives have embraced a pro-growth approach to tax policy — at least when it comes to capital formation. We believe the answer to a weak economy is aggressive tax cuts and deregulation, not government spending. When we lower taxes on businesses and free up some of their previously tapped resources, we enable them to grow and expand, which has a reverberating effect all across our economy.

We saw this most recently with the passage of the Tax Cuts and Jobs Act. Despite assertions from so-called “experts” that our slowed economic growth of the mid-2010s constituted a “new normal,” President Donald Trump argued that the American economy was capable of so much more. He was right: Despite the obvious effort by the fake news media to gin up a recession, the economy is currently roaring. Unemployment is at 3.7%. GDP is up. The stock market is up. Inflation remains in check. Wages are up significantly for the first time in nearly two decades. (RELATED: US Economic Growth Hits 3.2 Percent In 2019) 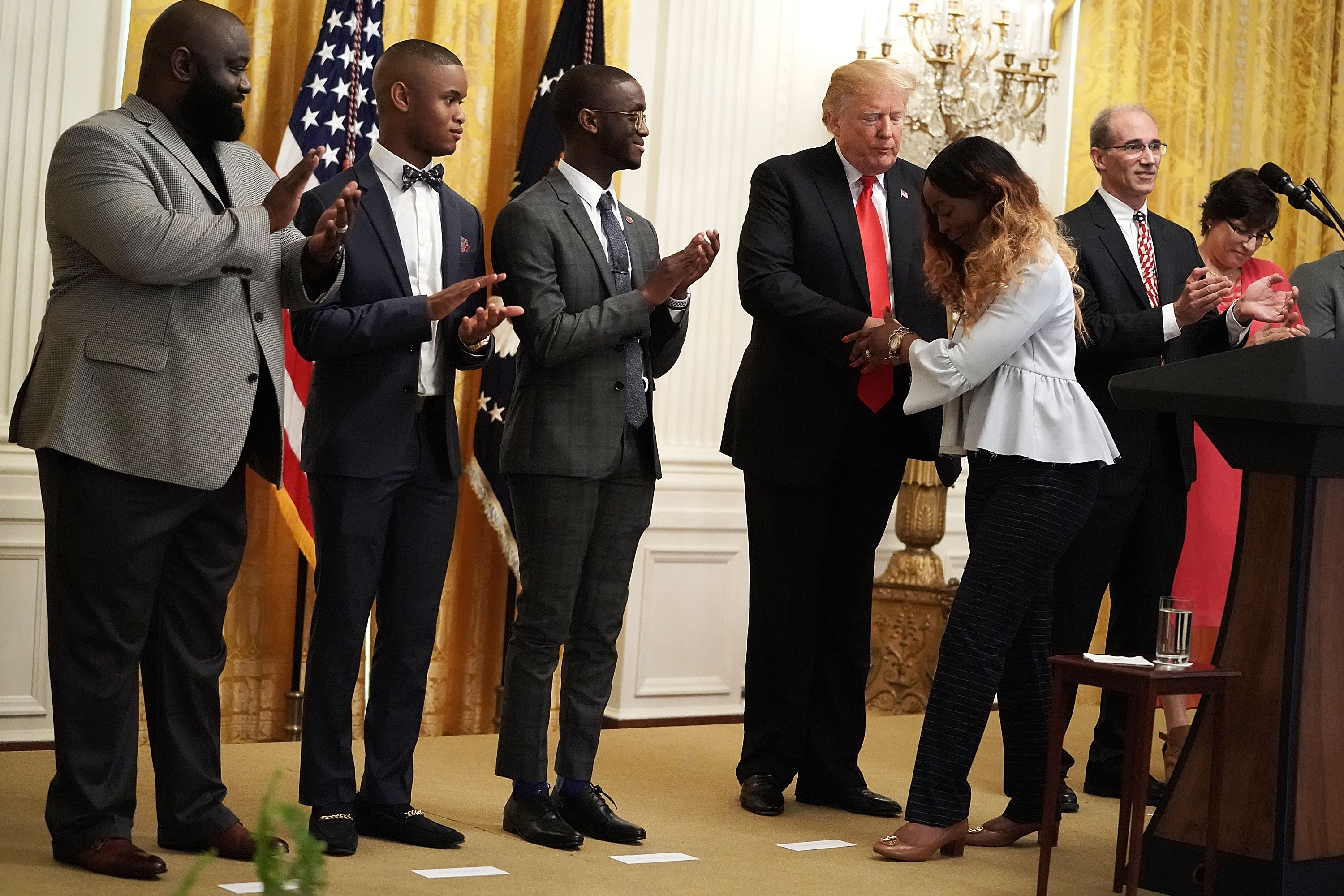 LaSonya Hill (5th) of Jacksonville, Florida, is greeted by U.S. President Donald Trump (4th L) as her husband Maurice Hill (3rd L) and sons Christian Hill (2nd L) and Cameron Hill (L) look on during an event at the East Room of the White House June 29, 2018 in Washington, DC. Trump held the event for Òcelebrating the six month anniversary of the Tax Cuts and Jobs Act. (Photo by Alex Wong/Getty Images)

The U.S. fertility rate in 2018 fell to its lowest point in 32 years — just under 1.73 total births per woman of childbearing age. For the U.S. population to remain constant and not decline, that fertility rate would need to be at 2.1. This is a major problem, and for many reasons. (RELATED: The United States Had Fewer Babies This Year Than In The Past 30 Years: Report)

Shrinking populations lead to shrinking economies. When population decline really takes root, construction jobs are replaced with demolition jobs, tearing down factories that once produced goods for a growing population. In addition, there is a severe social cost to the drop in fertility. Studies have shown that parents derive a great deal of benefits from having children — from increased personal satisfaction to higher economic earnings and social participation — and that children themselves gain valuable social skills from the existence of other siblings. As a result, society suffers as childlessness increases.

Conservatives generally agree our low fertility rate and our lack of family formation constitutes a significant crisis. So why not take a page from what has worked so well for corporations and simultaneously pursue a tax policy that allows families to grow and expand?

Individuals in 2018 paid for approximately 68% of all federal revenues. Corporations paid about 24% — the vast majority of which (17.5%) is accounted for by payroll tax. If you take payroll tax out of the equation, individuals paid more than eight times to the IRS what corporations paid.

There is a reason for this. Corporations enjoy preferential tax treatment that families simply don’t. Corporations are allowed to write off any number of expenses — job training for employees, luxury vehicles for company use, and even ritzy dinners for employees, complete with the best steak, scotch and cigars money can buy. 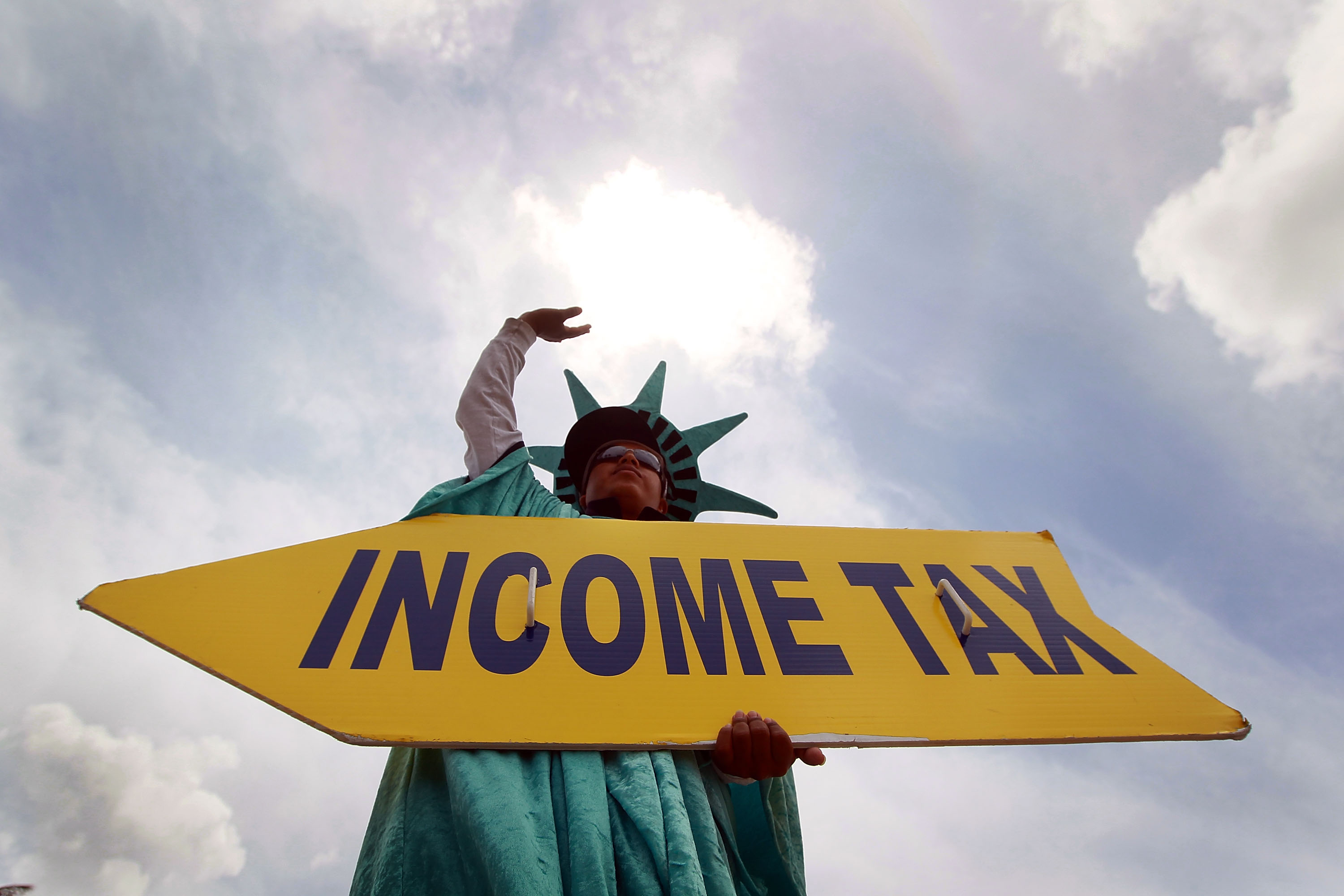 Families, on the other hand, are limited to very specific tax deductions. Want to homeschool your kids? Upgrade to a minivan for that second child? Put food on the table? None of that is tax-deductible.

Corporations are taxed on their profit, not their revenue. If they lose money — or find a way to show they “lost” money — they don’t pay tax. Families are taxed directly on revenue, and the tax code simply doesn’t care whether they come out ahead year to year.

It’s time for conservatives to start looking at ways to put families on a level playing field with corporations when it comes to taxation. Having a growing, thriving economy is important, especially in the short term, but what’s the point if our society is systematically fracturing due to the lack of family formation over the long term? (RELATED: Democrats Stall Bill For Gold Star Family Tax Relief)

We acknowledge the exponential growth that comes from reducing taxes and getting government out of the way for corporations. If we’re serious about addressing our fertility crisis, it’s time to do the same for families.