Actor Jim Carrey sent out a photo Wednesday of a painting with a $100 bill being dipped in blood with a caption that said Senate Majority Leader Mitch McConnell is worse than Osama Bin Laden.

“10,000 gun deaths in 2019 and the year is far from over. What Osama bin Laden did to us was terrible but he doesn’t hold a candle to Mitch McConnell,” Carrey wrote on Twitter. (RELATED: Jim Carrey Compares Trump To Cancer, Says Sarah Huckabee Sanders Is ‘Putting Makeup On It’)

10,000 gun deaths in 2019 and the year is far from over. What Osama bin Laden did to us was terrible but he doesn’t hold a candle to Mitch McConnell. pic.twitter.com/o68JXxWlUX

Carrey has come under fire for many of his paintings and tweets aimed at members of the Trump administration, such as a “monstrous” portrait of former White House Press Secretary Sarah Huckabee Sanders, he tweeted out in 2018. Carrey has also been vocal about gun reform, tweeting out a disturbing photo of a dead school girl laying in a pool of blood on top of the American flag. 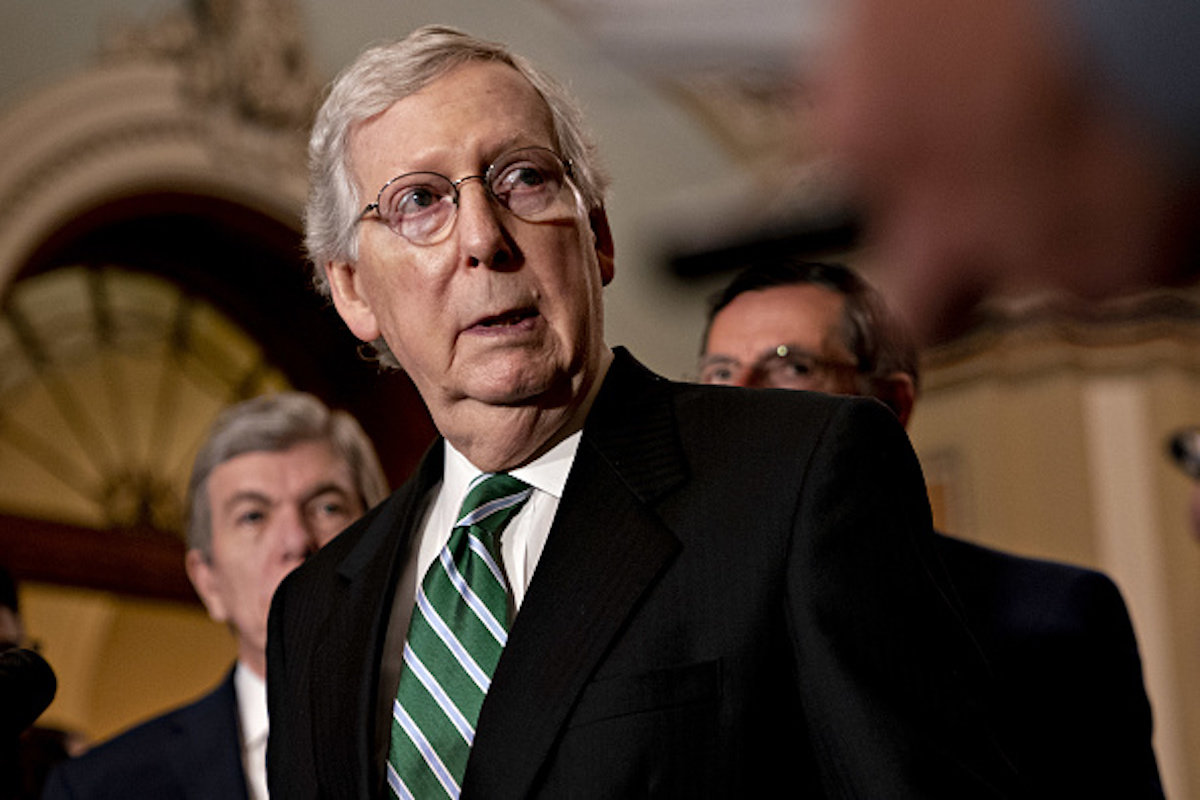 McConnell said Tuesday that he would be willing to put a gun bill on the Senate floor, but only if President Donald Trump will sign it. This causing outrage from many on the left, who say gun reform legislation needs to happen now.

“If the President is in favor of a number of things that he has discussed openly and publicly, and I know that if we pass it, it will become law, I’ll put it on the floor,” McConnell said on a radio show.

Speaker of the House Nancy Pelosi and Senate Minority Leader Chuck Schumer called for McConnell to demand Senators come back from their August recess to address the mass shootings that occurred in early August. However, that did not happen. (RELATED: Pelosi And Schumer Call On McConnell To Bring Senate Back After Mass Shootings)

“I said a few weeks ago that if the President took a position on a bill so that we knew we would actually be making a law and not just having serial votes, I would be happy to put it on the floor and the administration is in the process of studying what they are prepared to support if anything,” McConnell continued on the radio show.