Former Starbucks CEO Howard Schultz announced Friday that he would not pursue a 2020 presidential bid.

Schultz announced that he was thinking about running as an independent in January, but changed his mine and wrote to supporters Friday that “an independent campaign for the White House is not how I can best serve our country at this time,” according to a letter.

“My intention was to represent millions of Americans who want to see problem solving, accountability, compassion and decency in our federal government,” Schultz wrote. “I was fueled by a love of country, a profound concern for people’s well-being, and optimism about our nation’s potential to live up to its ideals.”

The multi-billionaire gave numerous reasons for the decision. A back injury, lack of support for independent candidates, a concern for getting on the ballot and more were included in Schultz’s explanation. (RELATED: Schultz Questions Timing Of Biden Accusers) 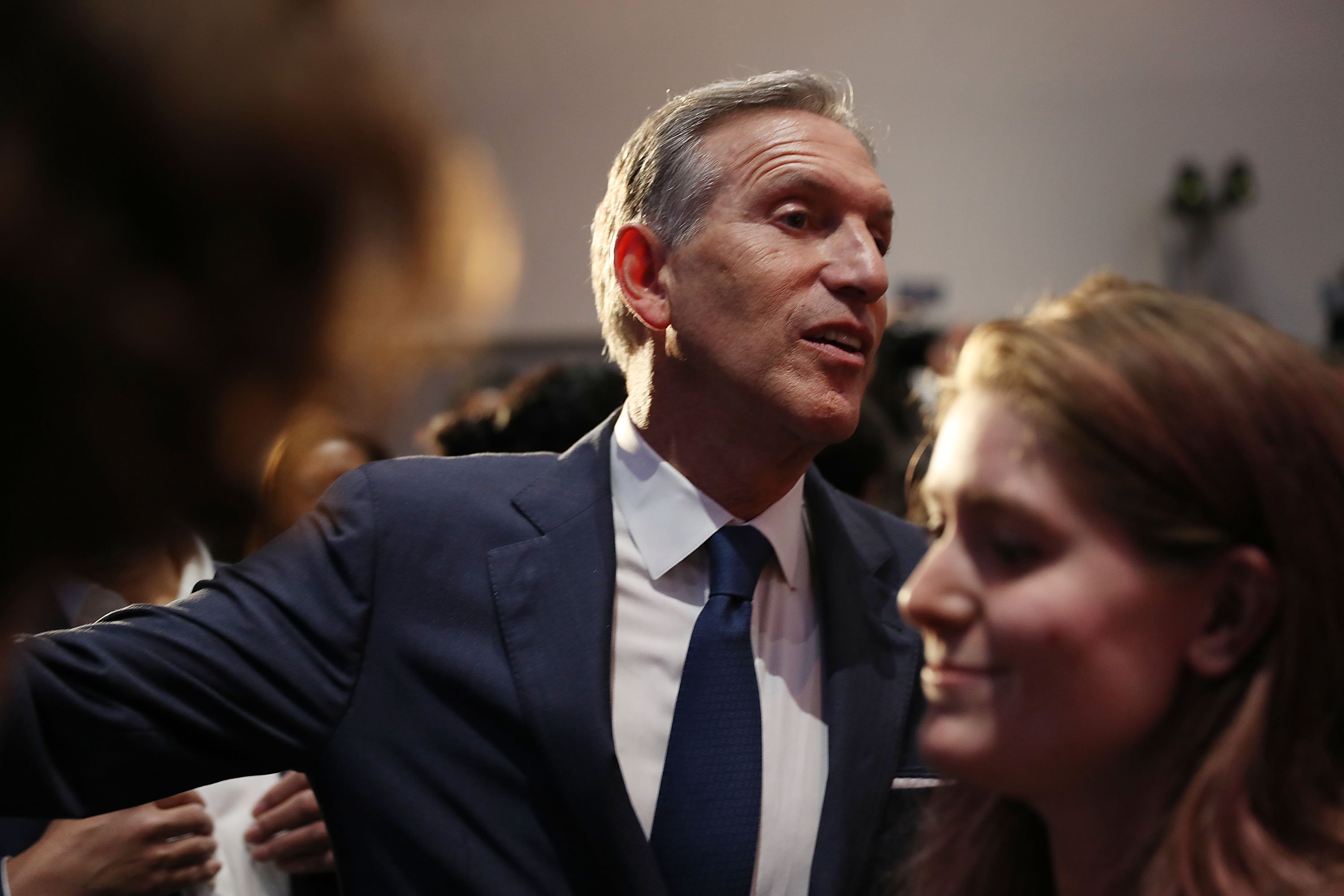 Schultz stressed that “four more years of a Trump administration” will “pose a graver threat to our democracy than four more years of political dysfunction,” adding that he was also concerned about “far-left policy ideas.”

“…I’m also concerned that far-left policy ideas being advanced by several Democratic candidates will further alienate voters who believe those ideas will inflict more economic harm than good,” Schultz wrote according to the letter. “The nomination of a far-left Democratic candidate could result in more votes for Trump—unless a moderate independent is also on the ballot.”

“I will spend this election cycle and the years ahead supporting bold and creative initiatives to transform our broken system and address the disparity of opportunity that plagues our nation…Among my early efforts will be to advocate for increased national service opportunities for young people,” he added.