Fifteen Democratic senators sent a letter to Facebook founder Mark Zuckerberg demanding more information regarding the latent sale of firearms on Facebook Marketplace, a practice the company called a “clear violation” of policies.

Democratic Sens. Robert Menendez of New Jersey and Edward Markey of Massachusetts wrote the letter inquiring about Facebook’s knowledge and policing of the sales, The Wall Street Journal reported Friday.

“Selling guns on Facebook is a clear violation of our policies. If we catch someone selling guns, we take immediate action,” a Facebook spokesperson told the Daily Caller News Foundation.

“I applaud Facebook’s commitment to block the sale of firearms on its platforms, but loopholes remain. I’m joining my [Senate Democratic] colleagues in calling on Facebook to monitor and shut down any firearm sales that are slipping through the cracks,” Senate Democratic Whip Dick Durbin wrote on Twitter with pictures of the letter.

I applaud Facebook’s commitment to block the sale of firearms on its platforms, but loopholes remain. I’m joining my @SenateDems colleagues in calling on Facebook to monitor and shut down any firearm sales that are slipping through the cracks. pic.twitter.com/3iZxhyqvve

Facebook users were selling guns on the website’s second-hand shop feature, Marketplace, against Facebook policy by listing gun cases or boxes for the price of actual guns, TheWSJ originally reported in August.

“Effective monitoring and the suspension of accounts in violation of these policies is essential,” lawmakers wrote in their letter to Zuckerberg, which Democratic presidential candidates Cory Booker, Kamala Harris and Amy Klobuchar signed. 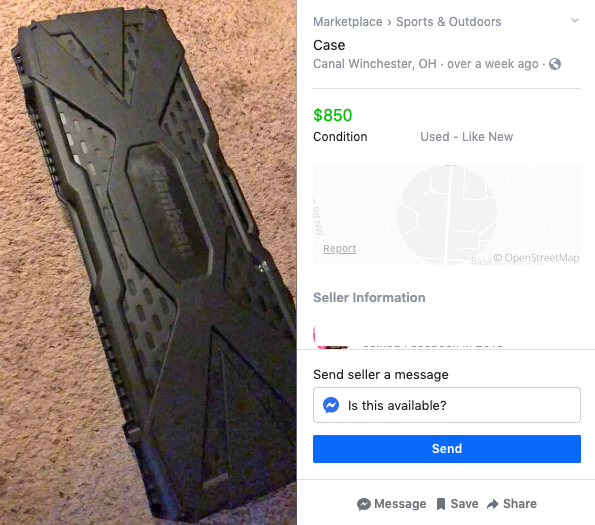 The Facebook spokesperson also told the DCNF its automated Marketplace system is “evolving” to include human reviewers who work to catch content and keywords that violate the company’s policies.

“Even the largest social media platform in the world must follow the law and respect consumers. I am proud to be leading a bipartisan coalition of attorneys general in investigating whether Facebook has stifled competition and put users at risk,” James said Friday.

The letter also came after a summer plagued by mass shootings across the United States. Most recently, a gunman using an allegedly illegally purchased, homemade gun on a shooting rampage in Odessa, Texas, killed seven and wounded 25 others Aug. 31.