Federal investigators want Apple and Google hand over the names of over 10,000 potential gun owners as part of an investigation into the illegal export of night vision optics.

Federal investigators applied for a court order that would force Apple and Google to hand over the names of everyone who’s downloaded Obsidian 4, an app created by night vision scope producer American Technologies Network Corp (ATN) to allow gun owners to live stream and calibrate their gun scopes through their phones, according to Forbes in a piece published Friday.

Over 10,000 gun owners have downloaded this app from the Google Play Store. An unknown number of iPhone users have also downloaded the Obsidian 4 app since Apple’s App Store doesn’t publicly disclose the number of people who download an app. 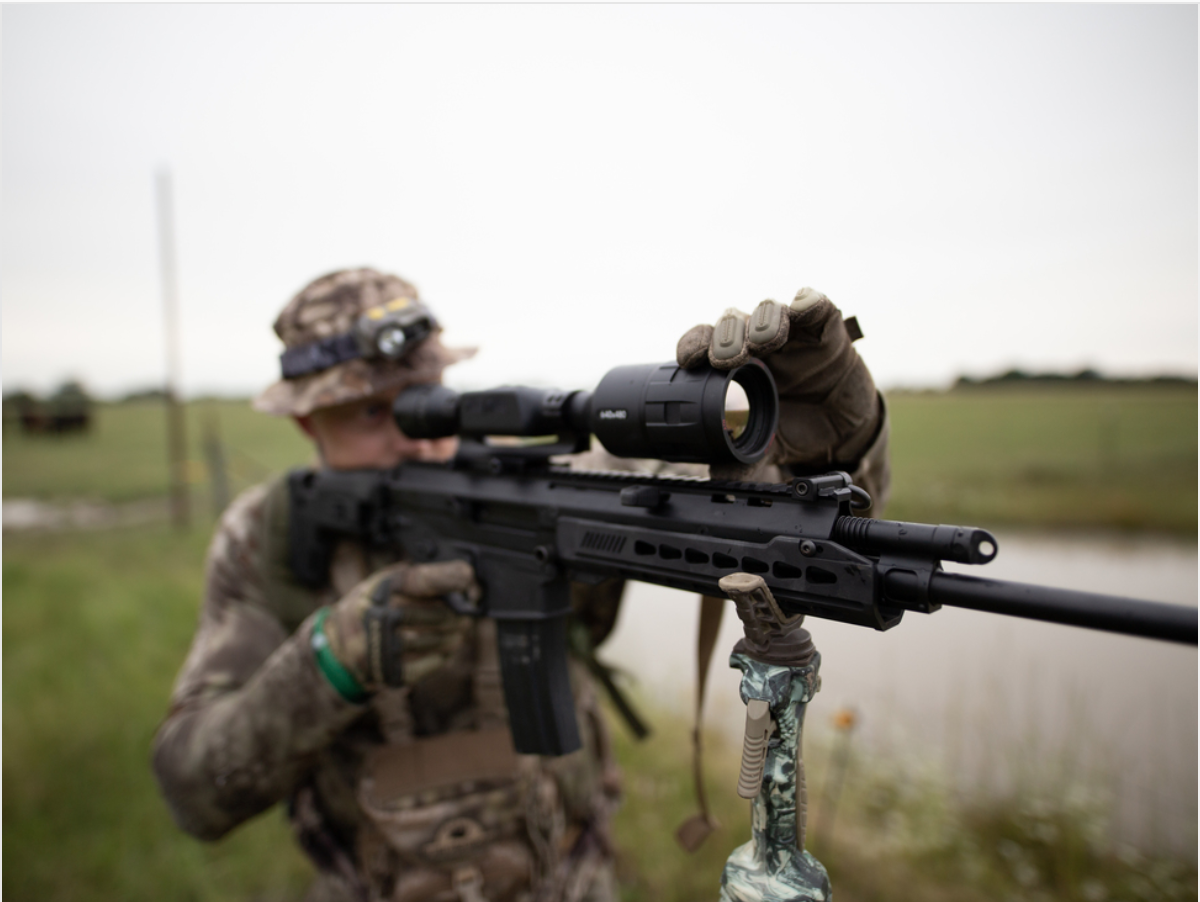 A hunter readies his Bushmaster ACR rifle equipped with a digital scope from ATN that could be connected to the Obsidian 4 app. (ATN/Instagram)

This request for tens of thousands of gun owners’ names comes from Immigration and Customs Enforcement (ICE), which is investigating the suspected illegal export of ATN’s digital optics. ATN itself is not suspected of any crimes, but ICE investigators hope that by obtaining a list of individuals who have downloaded Obsidian 4 and discovering their location, the recipient countries of any illicit exports may be identified, according to Forbes.

Despite the supposedly clear cut objective of ICE’s investigation, privacy lawyer Tor Ekeland is concerned. “The danger is the government will go on this fishing expedition, they’ll see information unrelated to what they weren’t looking for and go after someone for something else,” Ekeland told Forbes.

He also outlined a “more profound issue here with the government [being] able to vacuum up a vast amount of data on people they have no reason to suspect have committed any crime. They don’t have any probable cause to investigate [these people], but they’re getting access to data on them.”

Presently, export of night vision technology is controlled under the International Traffic in Arms Regulation (ITAR), and ICE has previously seized several shipments of illicit ATN optics headed out of the U.S. to places like the Netherlands and Hong Kong, according to Forbes.

There have been allegations the Taliban has acquired digital night vision optics via illegal export. The Terrorism Research & Analysis Consortium (TRAC) investigated this matter, concluding that terrorists are likely able to obtain digital night vision technology.  However, TRAC is also clear that civilian scopes intended for hunting at night are far different in both quality and capability from helmet mounted night vision devices used by military forces. (RELATED: How Thermal Scopes Work)

So far, neither Apple nor Google has turned over any names as they wait to see if the court will approve and enforce the investigators’ demands.