When asked what he thought were the major national security threats facing the United States today, former Secretary of Defense James Mattis might have surprised some by including “lack of friendliness” in his list.

The retired Marine general cited “the lack of friendliness, the increasing contempt I see between Americans who have different opinions” as a fundamental problem in American society today. “If we want this country to survive, we’re gong to have to work together,” he told “Face the Nation” Sunday.

Mattis also said the “growing debt that we’re going to transfer to the younger generation with seeming no fiscal discipline” as another “internal” national security threat.

As far as external national security threats go, Mattis cited Russia and China because both states are “trying to impose their authoritarian models and decision over other countries.” (RELATED: General James Mattis Criticizes Obama For His ‘Catastrophic Decisions’ In New Book ‘Call Sign Chaos: Learning To Lead’)

Although Mattis had no comment on President Donald Trump he had plenty to say about former President Barack Obama — as he does in his newly released book, “Call Sign Chaos: Learning To Lead.”

The former defense secretary remained critical of Obama’s decision to leave Iraq at the rapid pace that it removed troops from the war-torn country. He said the Obama administration made the decision to leave Iraq “despite what the intelligence community was telling us.” Mattis suggested it would have made more foreign policy sense to “draw down, year by year” troop levels in the country instead of drawing “everyone out at one time.” 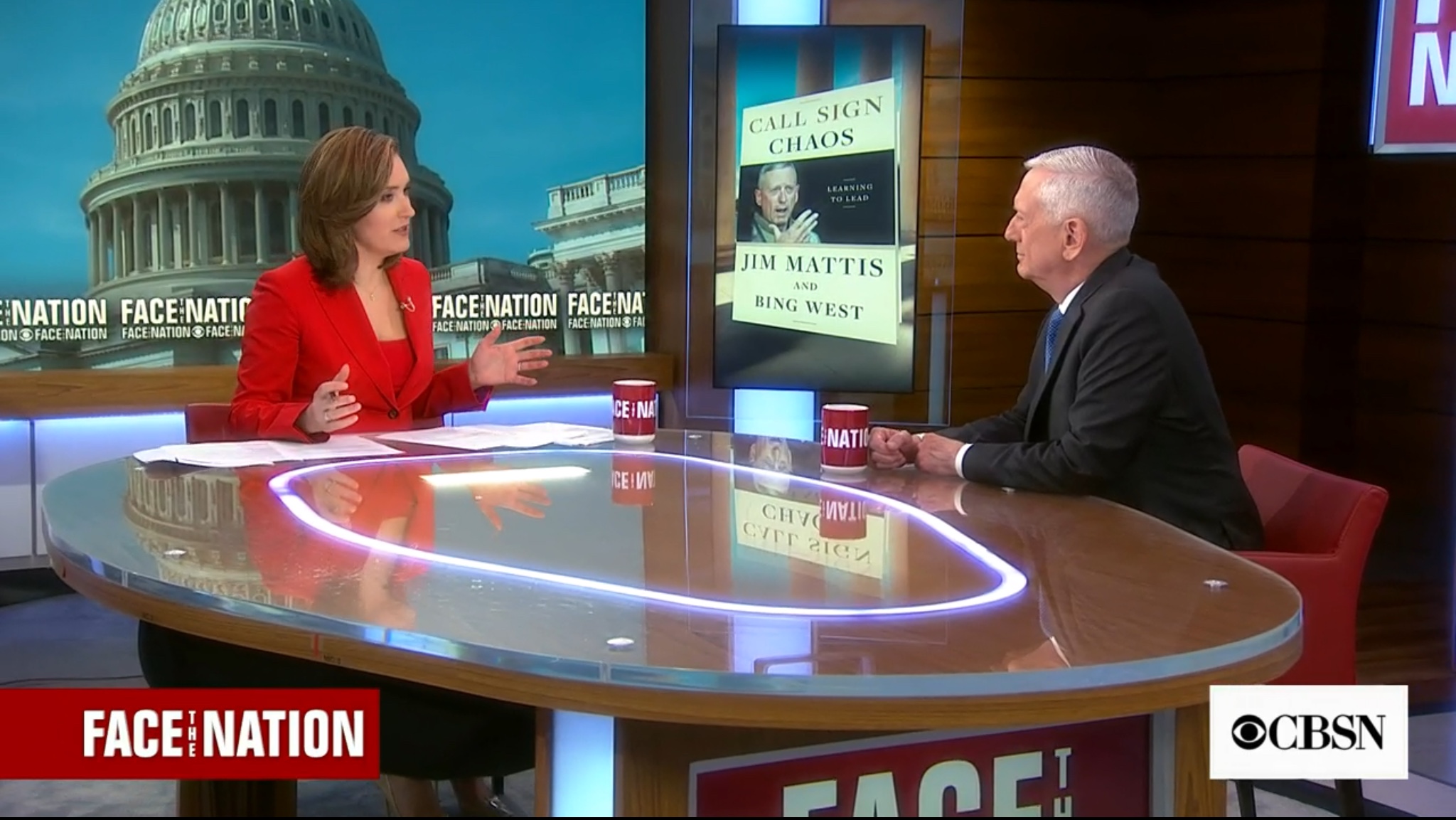 Mattis was asked about the Trump administration’s efforts to negotiate with the Taliban. He said it was always necessary to remember that “this group” was responsible for 9/11 and that any talks must be buttressed by extreme caution. Mattis reminded viewers that when dealing with the Russians “we talked about trust but verify,” while with the Taliban America should “verify then trust.” (RELATED: Mattis Retires From Trump Administration)

In a general comment on deployment of U.S. forces to foreign conflicts, Mattis said it was always necessary to “embrace the culture you’re in” but “you cannot walk in and say you’re going to turn around the culture in a couple of years.” Because of that, the general said he believes military and foreign policy should be guided by having “limited goals, but you should not have limited resources.”