A federal judge in Oakland, California, restored a nationwide injunction against President Donald Trump’s new asylum restrictions Monday, while the Supreme Court considers whether the policy can take effect on an interim basis.

In effect, Trump’s proposed rule would deny asylum to any migrant who traveled through a third country on their way to the United States without first seeking protected status there. The administration believes that reform would relieve pressure on an overburdened immigration system.

“While nationwide injunctions are not the ‘general rule,’ they are appropriate ‘where such breadth is necessary to remedy a plaintiff’s harm,” U.S. District Judge Jon Tigar wrote in Monday’s order. “This is such a case.”

Tigar first entered a nationwide injunction against the third-country transit bar in July. The 9th U.S. Circuit Court of Appeals narrowed the scope of that injunction in August, ruling it could only take effect within their jurisdiction. That meant the third-country requirement could be applied to asylum-seekers in Texas and New Mexico, but not Arizona and California.

The Trump administration then filed a stay application at the Supreme Court, asking the justices to let the rule take effect while litigation continues. A decision on that request, No. 19A230, Barr v. East Bay Sanctuary Covenant, could come at any time. As such, Tigar’s Monday injunction may ultimately prove short-lived.

“Immigration and border security policy cannot be run by any single district court judge who decides to issue a nationwide injunction,” press secretary Stephanie Grisham said in a statement. “This ruling is a gift to human smugglers and traffickers and undermines the rule of law. We previously asked the Supreme Court to set aside the district court’s injunction in its entirety, our request remains pending with the Court, and we look forward to it acting on our request.” (RELATED: Judge Should Toss House Lawsuit For The President’s Tax Returns, Trump Lawyers Say) 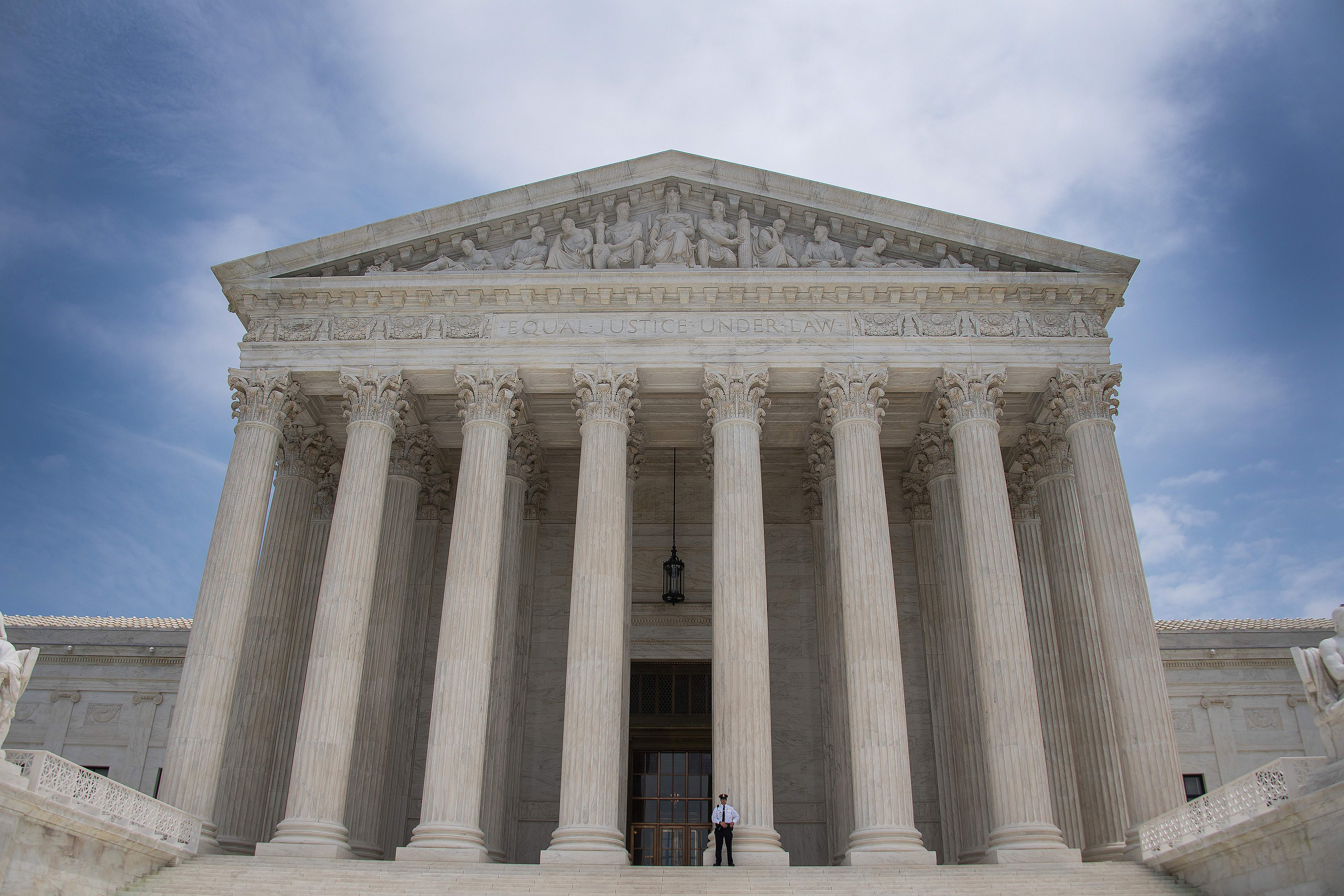 The 9th Circuit also said in its August decision that Tigar could restore the nationwide injunction if he made additional factual findings to support such an order.

The judge did just that with Monday’s ruling. The plaintiffs are a coalition of migrants rights groups who provide support for immigrants and pro bono attorneys. Tigar said the plaintiffs are entitled to a nationwide injunction because their operations will become significantly more costly and complicated if the third-country transit bar applies in some parts of the country but not others.

“The organizations have presented sufficient evidence that they will suffer organizational and diversion of resources harms unless the rule is enjoined outside of, as well as within, the 9th Circuit,” Tigar wrote. “A nationwide injunction is thus ‘necessary to give prevailing parties the relief to which they are entitled.'”

The administration has argued that the plaintiffs do not having standing to bring their lawsuit. Tigar dismissed their position as a “straw man” in Monday’s decision.

The judge went on to explain that a nationwide injunction is necessary to ensure uniform enforcement of immigration policies and avoid “major administrability issues.”

“This ruling levels the playing field for all the vulnerable individuals and families seeking refuge in the United States,” said SPLC lawyer Melissa Crow. “With this decision, regardless of where they cross the border, these people should be able to seek asylum. Sadly, while this ruling removes a major hurdle, far too many obstacles remain, as this administration’s war on asylum-seekers appears to know no bounds.”