The policy platform also wants to gradually end for-profit prisons and “mass incarceration.” As the plan notes, the penitentiary population has increased to 2.3 million people today from 500,000 in 1980. To end “mass incarceration,” Harris is advocating an end to mandatory minimum sentencing policies that force judges to administer stricter sentences as well as allowing women convicted of non-violent crimes to serve their sentences outside of jail.

The Democratic presidential candidate makes it clear that she believes, as a former prosecutor, she is well situated to both assess and reform America’s criminal justice system. (RELATED: Kamala Harris Replies ‘Well Said’ To Supporter Who Called Trump ‘Mentally Retarded,’ Later Says She Didn’t Hear It’)

“My entire career has been spent making needed reforms and fighting for those who too often are voiceless — from young people arrested for the first time and getting them jobs instead of jail, to grieving black mothers who wanted justice for their child’s murder as the system ignored their pain,” Harris wrote in a statement accompanying her plan. “This plan uses my experience and unique capability to root out failures within the justice system … As president I’ll fix this broken system to make it fairer and more accountable for communities across the country.”

Harris’s plan also focuses on ending the War on Drugs, which she says has not only been a failure but has simply increased the prison population.  ”One-fifth of the incarcerated population – or 456,000 people – is serving time for a drug charge while another 1.5 million are on probation and parole for drug-related offenses,” the plan notes.

She envisions the legalization of marijuana at the federal level as one way of ending the War on Drugs. While making pot legal, she would also “expunge convictions, and reinvest in the community.”

The Harris campaign claims that it sought the opinions of criminal justice experts in the promulgation of her plan, according to Politico.

She is releasing the platform in the same week as she prepares to spar with her Democratic peers in the next presidential debate scheduled for Thursday. After a strong performance in the first debate, when she cornered former Vice President Joe Biden on the school busing issue, her campaign has been in a state of inertia and she has watched Massachusetts Democratic Sen. Elizabeth Warren eclipse her in the polls. (RELATED: Joe Biden Comes Out Swinging On Kamala Harris’s Health Care Plan) 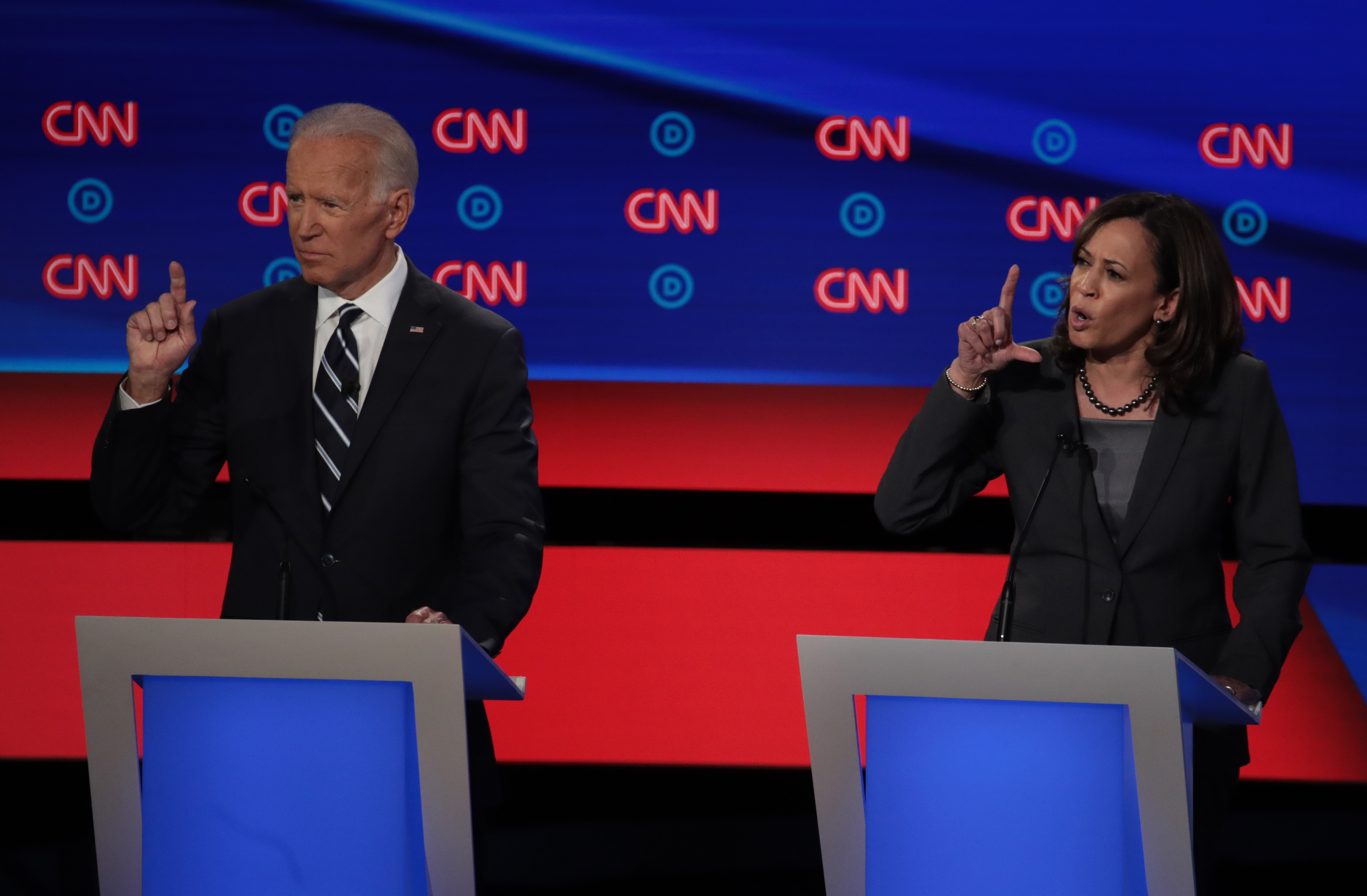 Harris has significantly moved to the left on criminal justice since her stint as California’s attorney general. In those days Harris balked at marijuana legalization and refused to endorse voter initiatives that would have redefined many non-violent offenses as misdemeanors, Politico noted. Just after the senator declared her intention of seeking the Democratic nomination, a video surfaced of Harris describing how she threatened the parents of truant children while she was San Francisco’s district attorney.