Attorneys general from 48 states, Puerto Rico and D.C. on Monday announced a bipartisan antitrust probe into Google and its potential to stifle market competition.

Texas Attorney General Ken Paxton, who is leading the investigation, joined a dozen other attorneys general at the U.S. Supreme Court for a Monday press conference, describing concerns that Google holds too much power over the online advertising market.

“It’s really compelling that you have the interest of virtually the entire nation coming from different perspectives … with their own different concerns about consumers. It’s creating international interest,” Paxton explained to the Daily Caller News Foundation.

“Everybody thinks the internet is free, and it’s not,” he explained. “When you have one player so dominant in the search engine, advertising market  … it’s like a real estate transaction. [Google represents] the buyers, they’re on the seller side, they’re the auctioneer, and they control the video platform that a lot of people use.”

Google responded to the probe in a Friday statement, saying, “It’s of course right that governments should have oversight to ensure that all successful companies, including ours, are complying with the law,” but, the investigation “is not new” for the company.

“We have always worked constructively with regulators and we will continue to do so. We look forward to showing how we are investing in innovation, providing services that people want, and engaging in robust and fair competition,” the statement added.

Paxton said Google is “a very dominant force” in the tech market, which “allows them to charge premium pricing,” adding that “it appears they’ve bought their competition or forced them out by other means.”

The goal of the Google investigation, he said, is to “have an open, fair and free market. If that’s what’s going on with Google, then fine. But if they’re acting in a way that disincentivizes competition and forces people out unfairly, that’s a problem.”

James’s investigation will look into “Facebook’s dominance in the industry and the potential anticompetitive conduct stemming from that dominance,” according to a statement from her office.

Paxton said he is interested in joining James’s probe and applauded her for the effort. (RELATED: Sen Hawley Says Barr’s Probe Into Silicon Valley Is ‘Very Big News And Very Important’)

NetChoice President Carl Szabo, who testified in a July 16 congressional hearing titled “Online Platforms and Market Power” and previously told the DCNF that an investigation into Google or Facebook would be a “tech witch hunt,” said he thinks Paxton “appears to have an open mind about this investigation.” 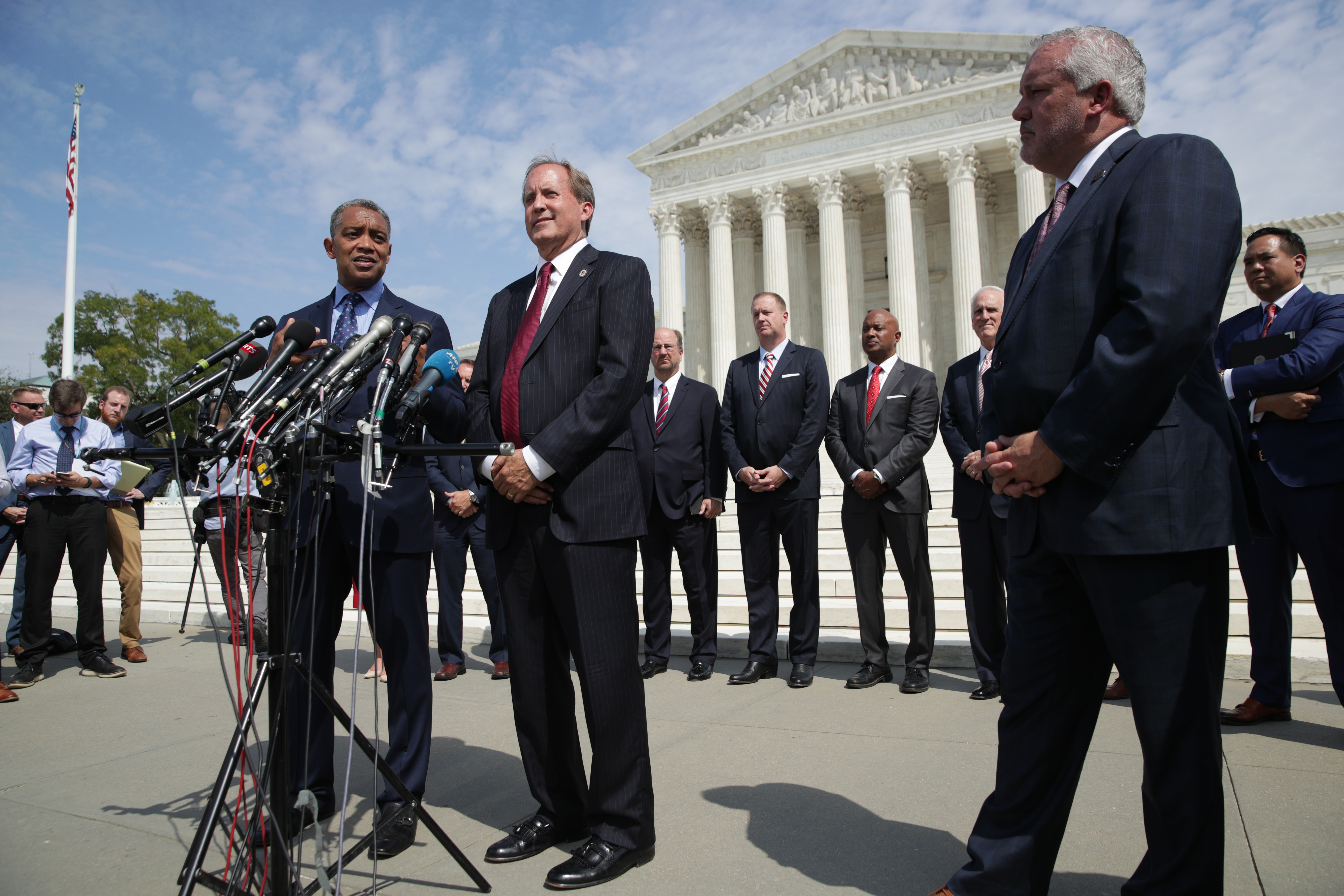 “Some [attroneys general] already have a conclusion, and then they look for the facts afterward, and that sets a dangerous precedent for any law enforcement body,” he added.

Szabo also said, however, that he thinks the investigation is unnecessary.

“What you’re seeing is kind of a pile-on where there’s no real disincentive for a state AG to put their name on the investigation. A lot of people can go out searching for things like El Dorado and invest their time into looking for something that just doesn’t exist,” he said.

“If you take a mere three minutes to think about the arguments for an antitrust case against Facebook and Google, they just don’t exist. There’s robust competition, and direct competitors can all simultaneously be monopolies. The American public overwhelmingly believes that on the list of things the government should look into, big tech is not a priority,” he continued.

Competitive Enterprise Institute (CEI) Center for Technology Associate Director and Innovation Jessica Melugin similarly said in a statement, “These state attorneys general are expanding the power of their office and stretching the limits of what constitutes an antitrust violation. This sort of high-profile activism may benefit state AGs’ political ambitions, but impose harmful costs on consumers, businesses, and the economy.”

“The only consistency among the various state, federal agency, and congressional antitrust investigations into big tech seems to be that none of them have much to do with the well-established test for antitrust law in the U.S.; consumer harm,” Melugin added.

Paxton conversely made the point that the attorneys general he is working with to look into Google are simply “in discovery mode,” adding, “We want to understand what the issues are if there are any before we say what we think the remedy should be.”

He said that if there really is no case for antitrust, then those who believe the investigation is unnecessary “have nothing to worry about.”

“This is an investigation,” he told the DCNF. “Hopefully [Google will] legitimately cooperative with this. Best case is, they’re not acting in anti-competitive ways, and there is an opportunity for competitors to offer consumers the same products, and it will all be good.”

U.S. Attorney General William Barr also announced a Justice Department probe into Google and its potential to unlawfully stifle market competition in June, making it the first such investigation since the Federal Trade Commission closed its longest-running probe into Google in 2013 without any penalties against the company.