Former Vice President Joe Biden now says he made a “misrepresentation” when he said he immediately opposed the war in Iraq.

But the Democratic presidential nomination front-runner insists he disagreed with the war “internally” even though he didn’t say so and even voted with Republicans to support the war.

“So, the misrepresentation was how quickly I said I was immediately against the war. I was against the war internally and trying to put together coalitions to try change the way in which the war was conducted,” Biden told New Hampshire’s WMUR in an interview to be broadcast later this week. (RELATED: Joe Biden Blames Media For Reporting On ‘Irrelevant’ Gaffes, Blames Bloody Eye On Contact Lens) 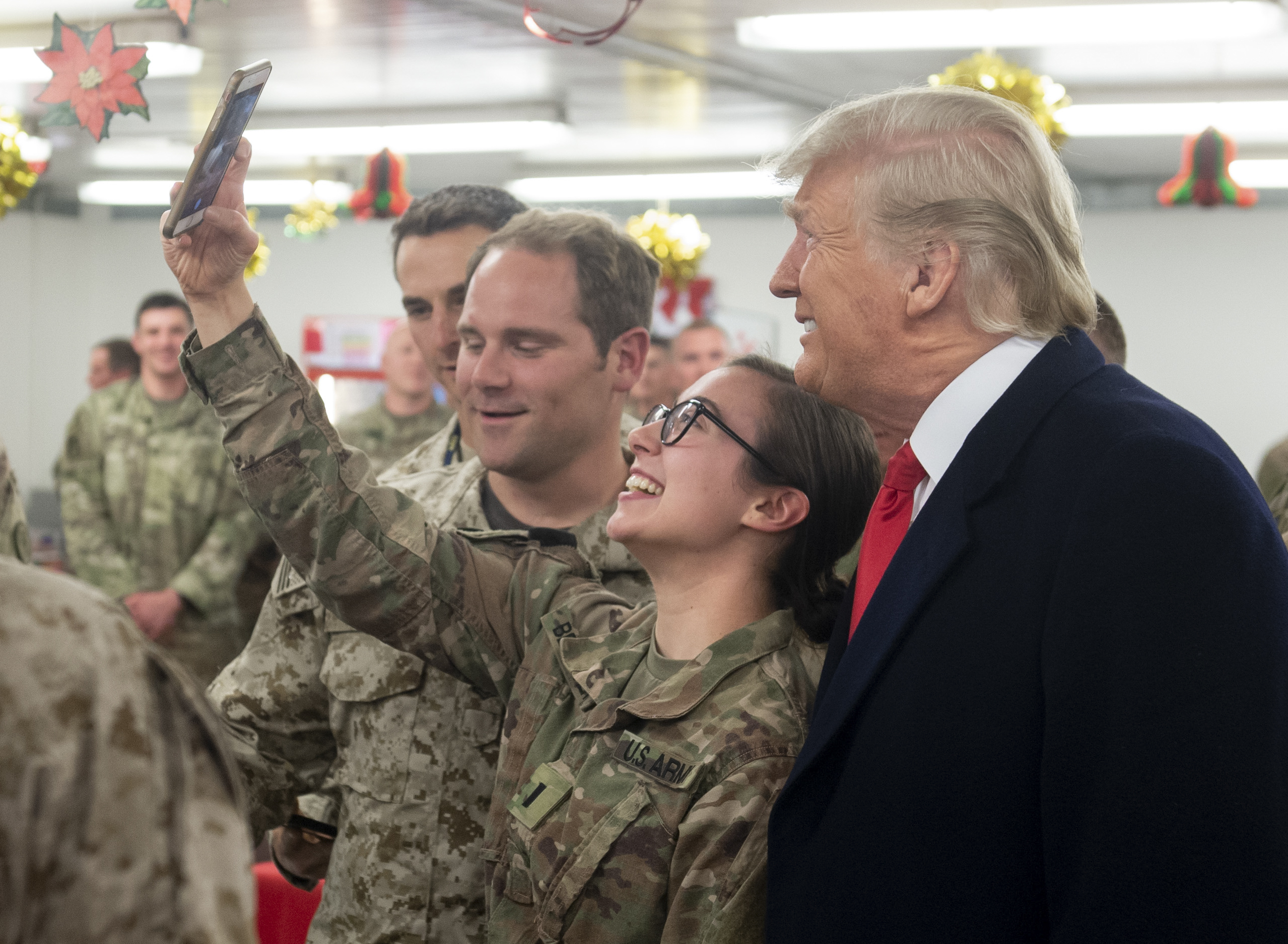 US President Donald Trump greets members of the US military during an unannounced trip to Al Asad Air Base in Iraq on December 26, 2018. – (Photo by SAUL LOEB/AFP/Getty Images)

Last week, Biden told National Public Radio that his negative reaction to the war was external and obvious: “Immediately, that moment it started, I came out against the war at that moment.”

“Vice President Biden misspoke by saying that he declared his opposition to the war immediately,” Blinken told The Washington Post Monday. “He opposed the way we went to war and the way the war was being carried out. He has for many years called his vote a mistake and takes full responsibility for it.”

Biden seemed in synch with that line during his WMUR interview, claiming he voted to support the war “to give President Bush the authority to go the U.N. and ask for the Security Council to vote to send in inspectors into Iraq to see whether Saddam Hussein was keeping his commitment on chemical weapons and keeping his commitment on whether or not he was developing nuclear weapons.”

Then-Sen. Biden apparently believed that the situation would not lead to war.

“I said I made a mistake trusting that he would not use force,” Biden said. “It was my mistake and I said from the time of ‘shock and awe’ (at the start of the conflict) I was against the war.” (RELATED: Biden Compares Trump To Segregationist Governor George Wallace — Though Biden Has Praised Him In The Past)

Biden now says he should have said he opposed an Iraq war that was conducted in the absence of an “international coalition.”

“The extent to which I misspoke was, my public statements were that we were doing this all the wrong way,” Biden said. “We should not have done it the way we did it, and we should be supporting the troops if they’re in there, but we should be getting an international coalition to support this – et cetera.”

Biden, who was for the most part a law and order Democrat throughout his career in the Senate, also helped draft President Bill Clinton’s 1994 “Three Strikes And You’re Out” crime bill and voted to preserve traditional marriage.