An Iranian woman who was potentially facing months in prison for trying to sneak into a soccer game dressed as a man in March reportedly died Monday after setting herself on fire earlier in September.

The 29-year-old woman, Sahar Khodayari, allegedly doused herself in gasoline and ignited her body outside Tehran’s Ershad courthouse Sept. 2 after hearing she could be imprisoned for six months, The Associated Press reported, citing Iranian news site Rokna.

She died Monday at a hospital after suffering burns on 90% of her body, according to AP.

A young Iranian woman, who had immolated herself in prison after she was jailed due to her protests against the the ban on entering stadiums, just died in a Tehran hospital.

She is known as the #BlueGirl because she, like myself, supported the football club Esteghlal.

Khodayari was known as “blue girl” for disguising herself as a man with a blue hairpiece and trying to sneak into Tehran’s Azadi Stadium to watch Tehran’s soccer team, Esteghlal, play the UAE’s team, Al Ain.

Guards caught her, however, while attempting to sneak into the stadium and detained her for three days because women are not allowed to attend men’s sporting events in Iran since the country’s Islamic Revolution in 1979, according to AP.

She was released on bail and waited six months before showing up to court for her trial and being notified that the judged pushed the date back until further notice due to a family emergency.

Khodayari then reportedly set herself on fire outside the building after overhearing someone say she could be tried by a Revolutionary Court in Iran and be jailed for up to six months, according to BBC. 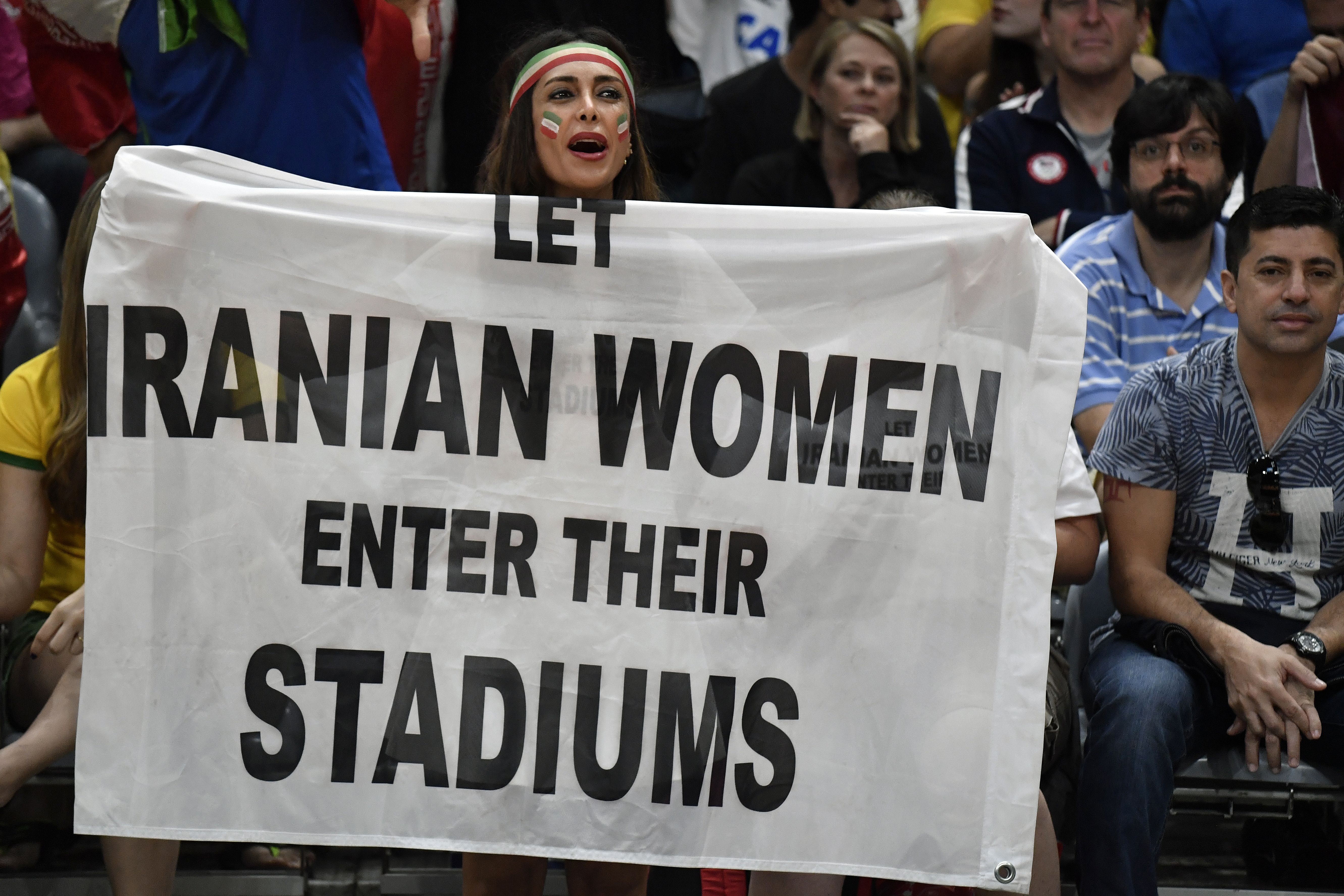 “The stadium ban is not written into law or regulation but is ruthlessly enforced by the country’s authorities,” Human Rights Watch Director of Global Initiatives Mindy Worden said, AP reported.

The country allowed women to attend a men’s soccer game at Azadi stadium — in a sectioned-off area away from male fans — for the first time since 1979 in October 2018, most of whom were members of the Iranian federation and members of the women’s national team.

FIFA said it was “aware of that tragedy and deeply regret it” in a Tuesday statement. The soccer organization has been calling on Iranians to boycott the ban before Esteghlal’s Oct. 10, 2018, game against Cambodia, AP reported. (RELATED: Pence Speaks Out In Defense Of Christian Woman Punished In Iran For Converting From Islam)

“FIFA convey our condolences to the family and friends of Sahar and reiterate our calls on the Iranian authorities to ensure the freedom and safety of any women engaged in this legitimate fight to end the stadium ban for women in Iran,” the statement continued.

Khodayari’s sister said she had bipolar disorder, and her father told reporters she stopped taking medication a year ago, according to AP.